Finding a hybrid fish in nature was once thought to be a rare occurrence as it was generally believed that the “lines between fish species are almost never crossed” [1]. Carl Hubbs challenged this notion when he first presented early evidence that hybridizing fish species were occurring in the wild [1]. Today, finding natural hybrids of fish species is common, especially on coral reefs, with over 75 species documented that hybridize both in oceans [2,3,4] and in freshwater [5]. The low abundance of one of the parent species combined with a high niche overlap promotes hybridization [6]. Documentation of hybrid fishes is routine, using color photography to preserve the living coloration matched with DNA samples when possible. As a result, a few coral reef locations have been defined as “marine hybrid hotspots”, such as in the Indian Ocean with 15 hybrids [7] and the Arabian Sea with 7 hybrids [8]. This study documents 5 hybrids at Johnston Atoll.
The Johnston Atoll fish fauna (327spp) is dominated by Hawaiian species. There are only 17 (5.2% of 327spp) non-Hawaiian fish species at Johnston Atoll compared to 53 (16.2% of 327spp) endemic Hawaiian species, but these endemics do not range farther south to the Line Islands. Twelve other species are indigenous to Johnston Atoll and the Line Islands but are not found farther north in Hawaii [9,10,11,12]. Overall, Johnston Atoll shares 94.8% of its fish species in common with the Hawaiian Islands.
Comparatively, the marine fauna of this atoll is low in species diversity (327 species of fishes and 28 species of corals) most likely due to the atoll’s limited size, low habitat diversity, and isolation [9,10,11,13,14]. Johnston Atoll contains approximately 39,000 acres (158 km2) of reef habitat and is separated from the closest reefs of French Frigate Shoals, found in the northwest Hawaiian Islands, by 804 km (500 miles). The closest reef habitats to the south are found in the Line Islands of Kiribati, about 1440 km (900 miles) away; to the southwest, the Marshall Islands are about 2560 km (1600 miles) away. The shallow lagoon, containing a limited number of habitat types, is dominated by the tabletop coral Acropora cytherea. The stepping stone role of Johnston Atoll for reef fish larvae that originate from the equatorial Line Islands and disperse to the Hawaiian Archipelago was first described by Gosline [15] and later corroborated by an extensive survey of fishes by Randall et al. [9]. Additionally, an ocean model of larval dispersal by Kobayashi [16] suggests two pathways of flow between Hawaii and Johnston Atoll. The capability of far distance larval dispersal was shown for several reef fishes that dispersed across the Eastern Pacific Barrier [17].
The labrid Thalassoma duperrey is endemic to the Hawaiian Islands. Its sister species, Thalassoma lutescens, is found everywhere else in the tropical Pacific Ocean. These two species both occur at Johnston Atoll, and are very closely related but differ significantly in color pattern [18]. By analyzing the appearance of many individual fish with intermediate and mixed color patterns, we surmised that these species have been freely hybridizing for several generations. Both species have been recorded at Johnston Atoll throughout the history of ichthyological studies that have been conducted there [9,11].
A second phenomenon observed at Johnston Atoll was the colonization of the atoll by two sister species of Pomacentridae (damselfish). The species Abudefduf vaigiensis occurs in the tropical Pacific Ocean (along with T. lutescens). Its sister species, Abudefduf abdominalis, is found in Hawaii. Neither species were seen in surveys [9] until 1986 when a few individual A. abdominalis were observed during reef fish surveys [14,19]. These particular fish disappeared, and no others were noted anywhere in the atoll. Another population of both species was then discovered in 1999. These fish appeared at reef locations where many fish surveys had taken place previously (beginning in 1983), but these two species were not observed during those earlier surveys. These two Abudefduf species populations persisted and the individual numbers increased around the atoll. By 2001, these two species became numerous and their populations appear to be well established at Johnston Atoll currently.
In this paper, we show evidence of hybridization events in three genera of reef fishes. We also show evidence that some reef fishes can succeed in long-distance dispersal and colonization from both Hawaii (north) and the Line Islands (south) to Johnston Atoll, and that other reef fishes can maintain locally replenishing populations.

This study was conducted at Johnston Atoll (JA), an unincorporated territory of the United States of America (US), located about 1287 km (800 miles) southwest of Honolulu, Hawaii in the Central Pacific Ocean (16°45’ N 169°31’ W). The atoll is a shallow platform of approximately 39,000 acres (158 km2) of reef habitat. The 80 million year old atoll is considered atypical, due to its tilted platform resulting in an emergent reef along the northern border of the atoll only. There were two original islands, Johnston Island and Sand Island (approx. 0.18 km2 and 0.04 km2), that consisted of coral sand with little vegetation. There are no natural sources of freshwater and there is no evidence that indigenous Polynesians inhabited or made long-term visits to the atoll. Dredge and fill operations in the 1960s enlarged Johnston Atoll and Sand Island to about 2.58 and 0.09 km2 respectively. In addition to this, two new islands were created: North (0.10 km2) and East Island (0.07 km2). Today, Johnston Atoll is a part of the Pacific Remote Islands Marine National Monument and is managed by the US Fish and Wildlife Service (USFWS), primarily for the protection of twelve species of migratory seabirds. Additional site information and history are available in Lobel and Lobel [11,20,21].

Underwater surveys were conducted by scientific divers using the basic “roving diver” technique (divers used OC scuba or Rebreathers). Our underwater research at Johnston Atoll (aka JA) was focused on other topics and these observations were incidental [11,20,21]. Any sightings of unusual fishes were noted in the field notebook, or documented in photographs or videos. John E. Randall (JER) first began diving at JA in the late 1950s and participated in many collecting expeditions at JA until the late 1990s. P. Lobel’s observations were compiled over a 20-year time span: from September 1983 to October 2003 [11]. L. Lobel’s observations were compiled from 1995 to October 2003. Species records were documented with photography and specimen collection (photos scanned from original 35 mm slides). The diving depths for these observations ranged to 50m but most were in the shallow lagoon with a typical depth of 15 m.

We found individual fish of both Thalassoma duperrey (Figure 1) and T. lutescens (Figure 2) at JA that appear to be typical for species of their native geography. The Thalassoma hybrids are easily distinguished by their varied degree of coloration (Figure 3). The diversity of their coloration suggests that the hybrid population is locally sustaining. The coloration of an individual fish is not symmetrical (Figure 4). It is likely that these hybrid populations have been interbreeding among other hybrids and parent species. In our surveys, we found that 30% of the Thalassoma population consisted of hybrids; 58% were T. duperrey and 12% were T. lutescens (Figure 5 and Figure 6 Table 1). It is also worth noting that we observed one fish that had the appearance of a hybrid between Thalassoma duperrey and either Thalassoma trilobatum or T. purpureum (it was not clear which one of these was the second parent species).

When Randall et al. [9] conducted the first comprehensive underwater fish surveys at Johnston Atoll in 1983–1984, no individuals of either Abudefduf abdominalis or A. vagiensis were recorded. A subsequent survey by Irons et al. [19] documented a small group of Abudefduf abdominalis at one location (a lagoon north of North Island) that persisted over a 4-year period. In 1986, the initial group was about five to six individual fish but by 1989 only one individual was seen, without any apparent subsequent recruitment. Kosaki et al. [14] suggested that this 1986–1989 observation represented a single chance colonization event that was not sufficient for the successful establishment of this species at JA.
The next occurrence was our sighting of two A. abdominalis in 1991, and then one lone fish in 1995. The observation of a notable colonization event occurred in the summer of 1999 when numerous A. abdominalis and A. vagiensis (Figure 7) were found at several locations in the atoll. We observed these fishes spawning as single and mixed species pairs. By 2001, both species had well-established populations at multiple reef sites throughout the atoll (Table 2, Figure 8).

A single hybrid of Acanthurus achilles x nigricans was photographed (Figure 9). Both parent species are well established at JA. This was the only hybrid of this type that we observed and was photographed at Donovan’s reef, October 1996.

These observations suggest that Johnston Atoll has some degree of local retention of its coral reef fish populations, but this geographic isolation is periodically compromised by large ocean current oscillations in the equatorial and central Pacific Ocean. These ocean current oscillations are highly variable and inter-annual, and can bring larvae from either the Line Islands (south) or the Hawaiian Islands (north). Although there is some long-distance mixing of populations the evidence so far suggests that JA has a significant degree of local larval retention, which results in a mostly self-replenishing reef population over the long term. To further contribute to our understanding of island biogeography and species conservation in the Pacific, these evolutionary patterns of colonization and ecological dynamics of local population maintenance are important to define. This is a good justification for the continued study of the Johnston Atoll reef fauna and flora.

We thank the Johnston Atoll National Wildlife Refuge US Fish and Wildlife Service for updates on fish sightings. We thank Jessica McCloskey Grace and Gary McCloskey for help with the underwater surveys. We appreciate and enjoyed helpful discussions with Iria Fernandez Silva and Brian Bowen. 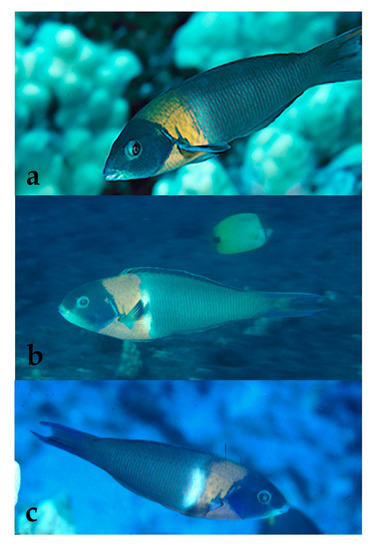 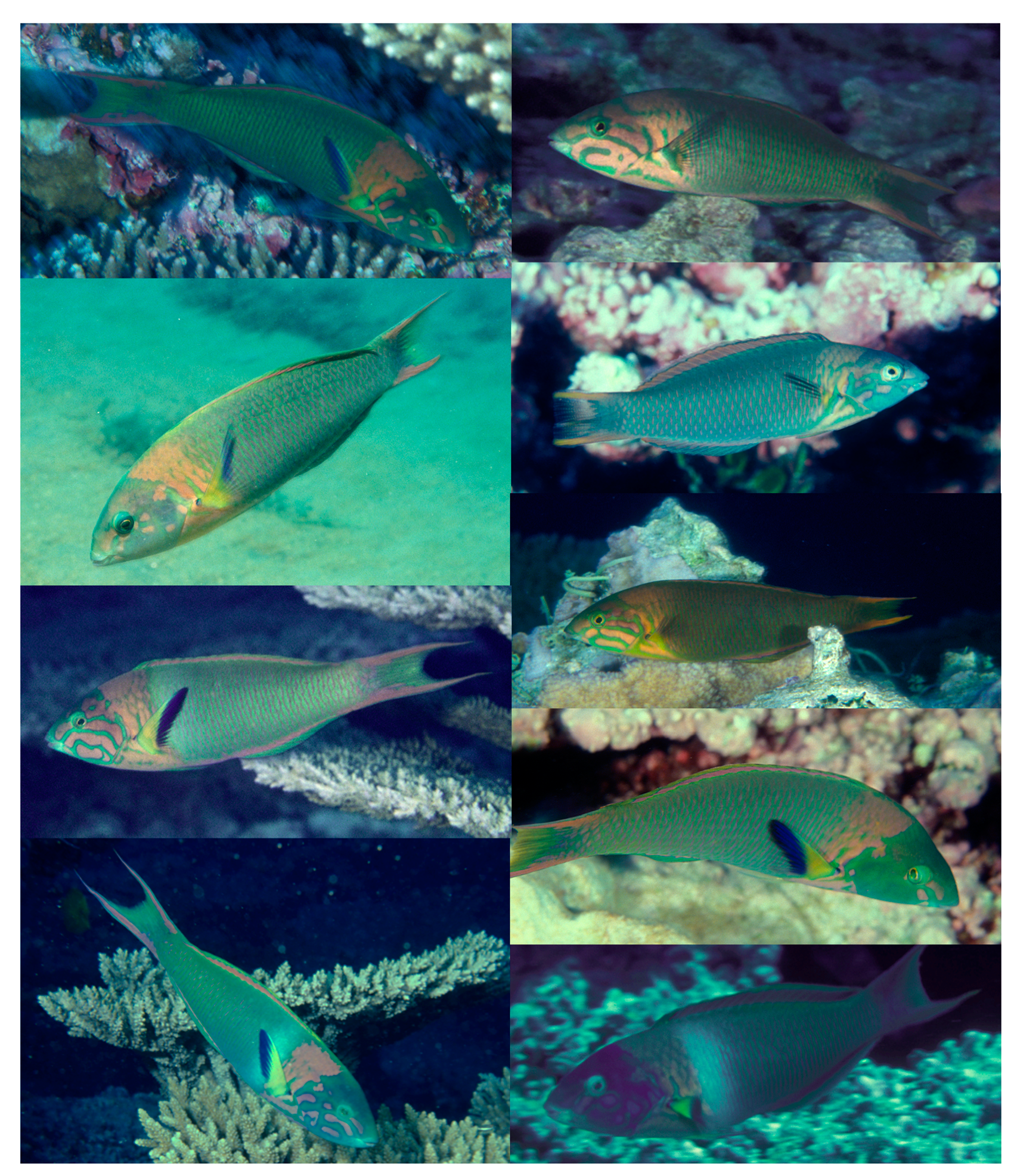 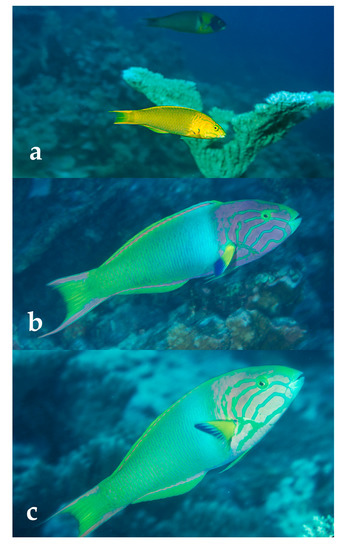 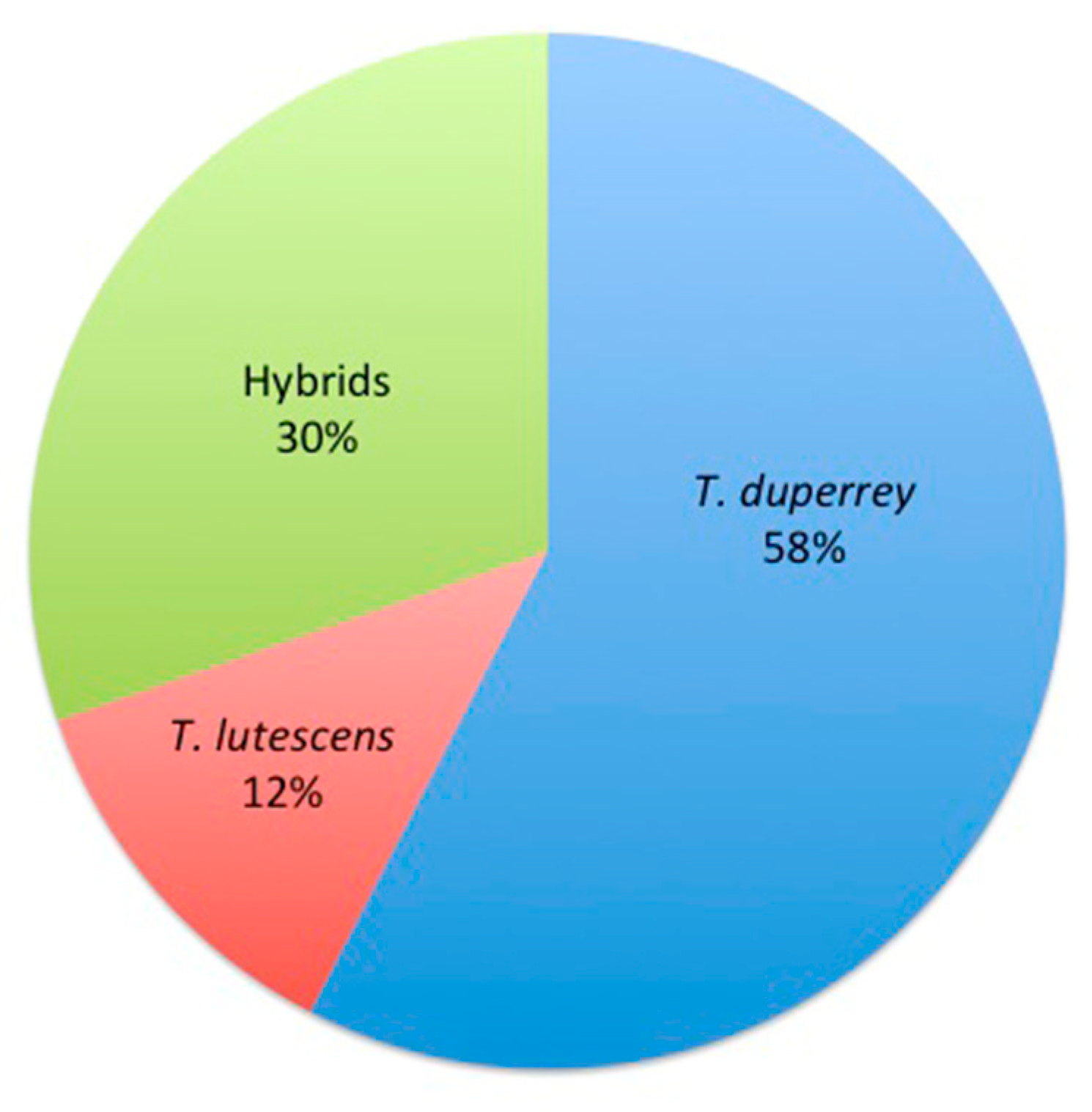 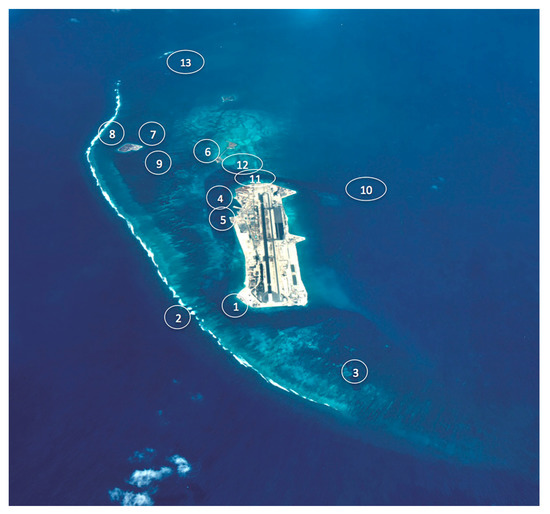 Table 2. Abudefduf species colonization chronology.
Table 2. Abudefduf species colonization chronology.
1 Four nests observed and one pair spawning (1030 am). 2 Both species observed with nests. 3 Both species observed with nests and hybrid spawning observed.
© 2020 by the authors. Licensee MDPI, Basel, Switzerland. This article is an open access article distributed under the terms and conditions of the Creative Commons Attribution (CC BY) license (http://creativecommons.org/licenses/by/4.0/).
We use cookies on our website to ensure you get the best experience. Read more about our cookies here.
Accept
We have just recently launched a new version of our website. Help us to further improve by taking part in this short 5 minute survey here. here.
Never show this again