Community assembly, the process by which species come together to form a community, is an important driver of community structure and function [1]. Often, early-arriving individuals tend to exhibit an advantage, performing better than individuals that arrive later—a principal known as priority effect [2]. Priority effects can be driven by several forces, including size-asymmetric competition [3,4] and soil legacy effects [5,6]. While these dynamics play a role in driving the composition of incipient communities, they can also have long-lasting effects, potentially impacting community trajectories well into the future [7,8].
Restoration practitioners have begun harnessing the concepts of community assembly to facilitate successful restoration outcomes. In particular, practitioners can use priority effects to enhance desirable but difficult-to-establish species by planting them early [9]. In fact, as little as two-weeks of a head start has been shown to significantly enhance a species representation in a community in some cases [10,11]. However, there has been no exploration of how the use of priority effects in restoration practices may influence non-target species in the community. In particular, it is possible that priority effects could have unintended consequences if the treatment reduces biotic resistance, leaving these areas more vulnerable to invasion.
Here, we harness the power of a field-based priority mesocosm experiment to explore the relationship between priority effects and vulnerability to invasion. In particular, we assembled communities of native grasses and forbs, manipulating the order of arrival of these two functional groups. In these assembled native California grass and forb communities, we found that a one-year delay in seeding dominant grasses promoted invasion by non-native plant species.

We assembled communities of native forbs and/or native grasses, altering order of functional group arrival to explore how priority impacts community composition. Mesocosms were assembled at three sites in north-central California: the UC Davis Agricultural Experiment Station in Davis, the McLaughlin Natural Reserve in Lower Lake, and the Hopland Research and Extension Center in Hopland. All sites were on level ground recovering from past agricultural use within a Mediterranean grassland habitat and had high levels of invasion in the regional species pool. Soil at all sites was a relatively fertile clay loam. For more specifics on sites, see Young et al. [12].
Prior to planting, sites were tilled to control weeds just before the first germinating rain of the growing season, and then one to two weeks following this rain. Plots were then seeded in November of 2011. We broadcast seeds into square plots, 1.25 m on a side and spaced 1 m from adjacent plots. Alley-ways between plots were managed with either mowing or herbicide spraying to limit weed cover, though weeds were present and varied to some extent across sites. Plots were lightly raked immediately before planting and seeds were sown by hand in one of five planting treatments: 1) forbs sown alone (F), 2) grasses sown alone (G), 3) grasses and forbs sown at the same time (GF), 4) forbs sown one year before grasses (FtG), 5) grasses sown one year before forbs (GtF). Each treatment was replicated five times at each of the three sites. Seeding rates were based on common regional restoration practices (Table 1). For more details on planting, see Young et al. [12]. Non-seeded species were hand-weeded from plots for the first growing season after planting.
We surveyed cover of each species in each mesocosm in May of 2015 (after four growing seasons) by visually assessing percent cover of each species. We then summed cover for the following species groupings: 1) seeded grasses, 2) seeded forbs, 3) non-native species.

Invasive cover was log-transformed to achieve normality. To assess the impact of priority planting treatment on cover of 1) seeded grasses, 2) seeded forbs, 3) non-native species, we used ANOVA, blocked by site, with priority treatment as the explanatory variable. A Tukey’s HSD test was used to determine differences between priority treatments. Analyses were conducted in R version 3.6.1.

Many thanks to Young Lab 2011–2017, planting and weeding volunteers, and hired weed crews for help in the field. Jim Jackson, Catherine Koehler, Paul Aigner, Rob Kieffer and the field crews of the UC Davis Ag Fields, the McLaughlin Natural Reserve, and the Hopland Field Station assisted in maintaining the plots. 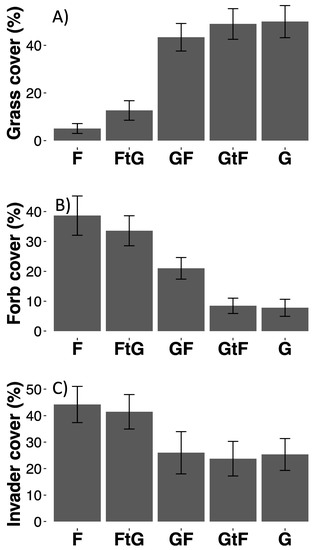 Table 2. Non-native species found within the study plots.
Table 2. Non-native species found within the study plots.
© 2020 by the authors. Licensee MDPI, Basel, Switzerland. This article is an open access article distributed under the terms and conditions of the Creative Commons Attribution (CC BY) license (http://creativecommons.org/licenses/by/4.0/).
We use cookies on our website to ensure you get the best experience. Read more about our cookies here.
Accept
We have just recently launched a new version of our website. Help us to further improve by taking part in this short 5 minute survey here. here.
Never show this again