Two New Marine Free-Living Nematodes from Jeju Island Together with a Review of the Genus Gammanema Cobb 1920 (Nematoda, Chromadorida, Selachinematidae)

In the context of exploration of meiofauna in a sandy intertidal zone of Jeju Island (South Korea), over 70 nematode species are identified, some which have been proven to be new for science. Two new free-living marine nematode species of the family Selachinematidae (Chromadorida, Selachinematidae, Choniolaiminae) are described from the intertidal sandy sediments of Jeju Island (South Korea). Gammanema okhlopkovi sp. n. is closest to Gammanema anthostoma (Okhlopkov, 2002) and differs by having longer cephalic setae (8.5–19 μm in G. okhlopkovi versus 6–7.5 μm in G. anthostoma) and by the presence of precloacal supplementary organs. The genus diagnosis of Gammanema is updated. The genus includes fourteen valid species, while three species are considered species inquirendae due to incomplete diagnoses and illustrations impeding their correct recognition. An annotated list of valid and invalid Gammanema species is provided. A pictorial key for valid Gammanema species is constructed, which consists of two components: (1) simplified images of heads, and (2) a table summarizing most of the significant measured and numeric characters between species. Latronema obscuramphis sp. n. differs from its related species Latronema aberrans (Allgén 1934), Latronema annulatum (Gerlach, 1953), and Latronema spinosum (Andrássy, 1973) by body size, number of supplementary organs, tail shape, length of spicules, and cuticle ornamentation. View Full-Text
Keywords: free-living marine nematodes; pictorial key; taxonomy free-living marine nematodes; pictorial key; taxonomy
►▼ Show Figures 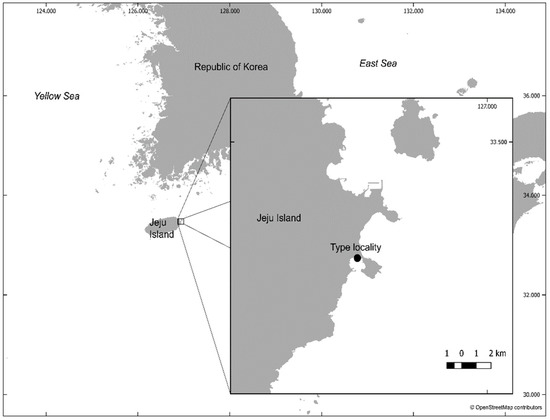