Synthesis of 1,5-Disubstituted Tetrazoles in Aqueous Micelles at Room Temperature

Tetrazole derivatives attained remarkable attention as prime heterocycles due to a large utilization in numerous fields such as in medicine, in pharmacology, in photography, and as a potential explosives and rockets propellant components based on their high energy properties [1].
The 1,5-disubstituted tetrazole moieties (1,5-DST) has been widely and successfully used in medicinal chemistry and drug design (as shown in Figure 1), as anti-inflammatory (I) [2], antiviral (i.e., HIV) (II) [3], antibiotics (III) [4], antiulcer (IV) [5], anxiety (V) [6], anti-tubercular (VI) [7], due to their bioisosterism to carboxylic acid and amide moieties, and lipophilicity which is potentially more beneficial when cell membrane is desired [8], and also to their metabolic stability and other beneficial physicochemical properties [9].
To date, we can review in the literature several synthesis methods of 1,5-DST, but the main routes are [2+3] intermolecular cycloaddition and Ugi-azide reaction (UA) [10].
The most common used synthesis of tetrazole derivatives is the 1,3-dipolarcycloaddition reaction between nitriles and azides [11,12,13,14,15,16,17]. However, the requirement of the strong electron withdrawing groups in the nitrile substrate somehow limits the scope of the reaction, needing, in general, high reaction temperature and catalysts [9]. Demko and Sharpless described the synthesis of various 1,5-DSTs by a [2+3] cycloaddition of p-toluenesulfonyl cyanide (TsCN) with aromatic and aliphatic azides under solvent-free condition followed by simple isolation with good yield [18,19,20]. However, a high reaction temperature was required.
In 1959, Ivar Ugi introduced the Ugi-4components reaction, the most important approach to aminomethyl tetrazoles using Multicomponent reaction (MCR), since it emerged as an extremely powerful tool in combinatorial chemistry and drug discovery, offering significant advantages over conventional linear stepwise syntheses. Years later, Ugi described a Passerini MCR variation leading to α-hydroxymethyl tetrazoles [21,22]. The Ugi azide MCR differs from the classical Ugi-4CR by replacing the carboxylic acid with an azide source, which traps out the intermediate nitrilium to lead finally to the formation of 1,5-DSTs [9].
In the last decades, green chemistry emerged as an alternative and sustainable solution that enables to design processes and syntheses that reduce or eliminate the use or generation of hazardous substances, which sometimes give toxic residues at the end of the reaction and are difficult to remove [23]. Hence, using water as solvent instead of MeOH would be a better solution in the synthesis of 1,5-DST, since it is safe, non-toxic, inexpensive, and represents no threat to environment.
However, the use of water is rare or even unconsidered as solvent due to the limited solubility of organic compounds in it. Therefore, the incorporation of surface-active agents (surfactants) as catalyst in aqueous media has been proven to enhance the reactivity of water via the formation of micelles or vesicular cavities [24]. Micellar catalysis refers to the acceleration of the rate of a reaction by catalytic amounts of amphiphiles that self-aggregate spontaneously to form micelles in water [24].
In our report, we have tried to describe an efficient synthesis method of 1,5-DSTsin water using micellar catalyst, tetradecyltrimethylammonium bromide (TTAB).

At first, the reaction was conducted with aniline (a1), propan-2-one (a2), ethyl-2-isocyano-2-(4-methoxybenzyl) pent-4-enoate (a3), and TMSN3 (a4) in distilled water, without TTAB, ambient temperature (Table 1, entry1) and with heating (Table 1, entry2). No reaction occurred in both cases, which can be explained by the fact that the substrates are either less soluble or insoluble in water, something that directly affects the reaction. Afterwards, we conducted the same reaction and used TTAB as catalyst (Table 1, entry3), which enables the formation of micelles where most of organic substrates are concentrated. Those micelles are a hydrophobic reaction site, which increases in the effective concentration of organic reactants, leading to an increase of reaction rate via concentration effect. Hence, organic substrates, in micellar solution, are pushed away from water molecules towards the hydrophobic core of micelles, thus inducing efficient collision between organic substrate, which enhances the reaction rate [24], and making the reaction possible and allowing to have a yield of 43%. The reaction was also performed under classical conditions using in MeOH (as shown in Scheme 1) at ambient temperature (Table 1, entry4), giving a yield of 55%. A variety of electronically and structurally different aldehyde, amines, and isocyanides were used to obtain 1,5-DST, in water with presence of TTAB as catalyst and also in MeOH. Thus, we obtained an acceptable yield in water which varies from 43% (Table 2, entry1) to 56% (Table 2, entry4). The yields in MeOH vary from 55% (Table 2, entry1) to 66% (Table 2, entry2). Comparing these results with those found in the literature [25,26,27], we can say that we obtained good yields.
Consequently, we can notice that the yields of reaction in MeOH are higher than those in water because of what MeOH offers in term of reactivity and solubility (Table 2). However, MeOH is a harmful and toxic solvent, unlike water which stands as a safe, non-toxic, and inexpensive solvent.
A plausible Ugi Azide mechanism is proposed in Scheme 2. Firstly, aldehyde (a2) reacts with amine (a1) to give imine and water; the water coming from imine reaction reacts with TMSN3 (a4) to generate hydrazoic acid (1) and trimethylsilanol. Then, hydrazoic acid protonates imine’s nitrogen to give iminium ion (2), which reacts with isocyanide (a3) to form nitrilium ion (4), which is then attacked by azide ion, giving an intermediate (5), then a 1,5 electrocyclization occurs to afford the final product 1,5-DST [28].
As can be seen, the yield varies from one reaction to another, which can be explained by the steric effect, which the radicals generate (as shown in Scheme 3). Thus, the larger the molecule is, the greater is the steric effect which directly affects the reactivity of synthesis.
In conclusion, we can say that we were able to explore an efficient method to synthesize 1,5 DSTs via TMSN3 as an azide source, and using water as solvent that can be considered as an eco-friendly and inexpensive synthesis, with a good yield (43%–56%). In this method, we have used TTAB (surfactant) as catalyst, which allows the reaction to occur in room temperature without any use of harmful solvent or reagent. 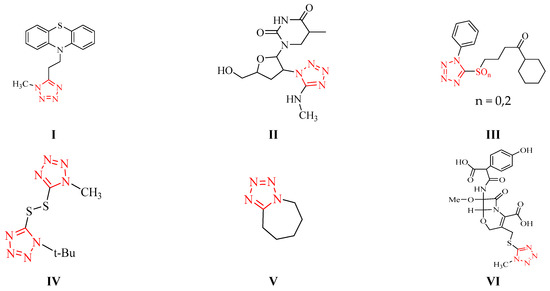 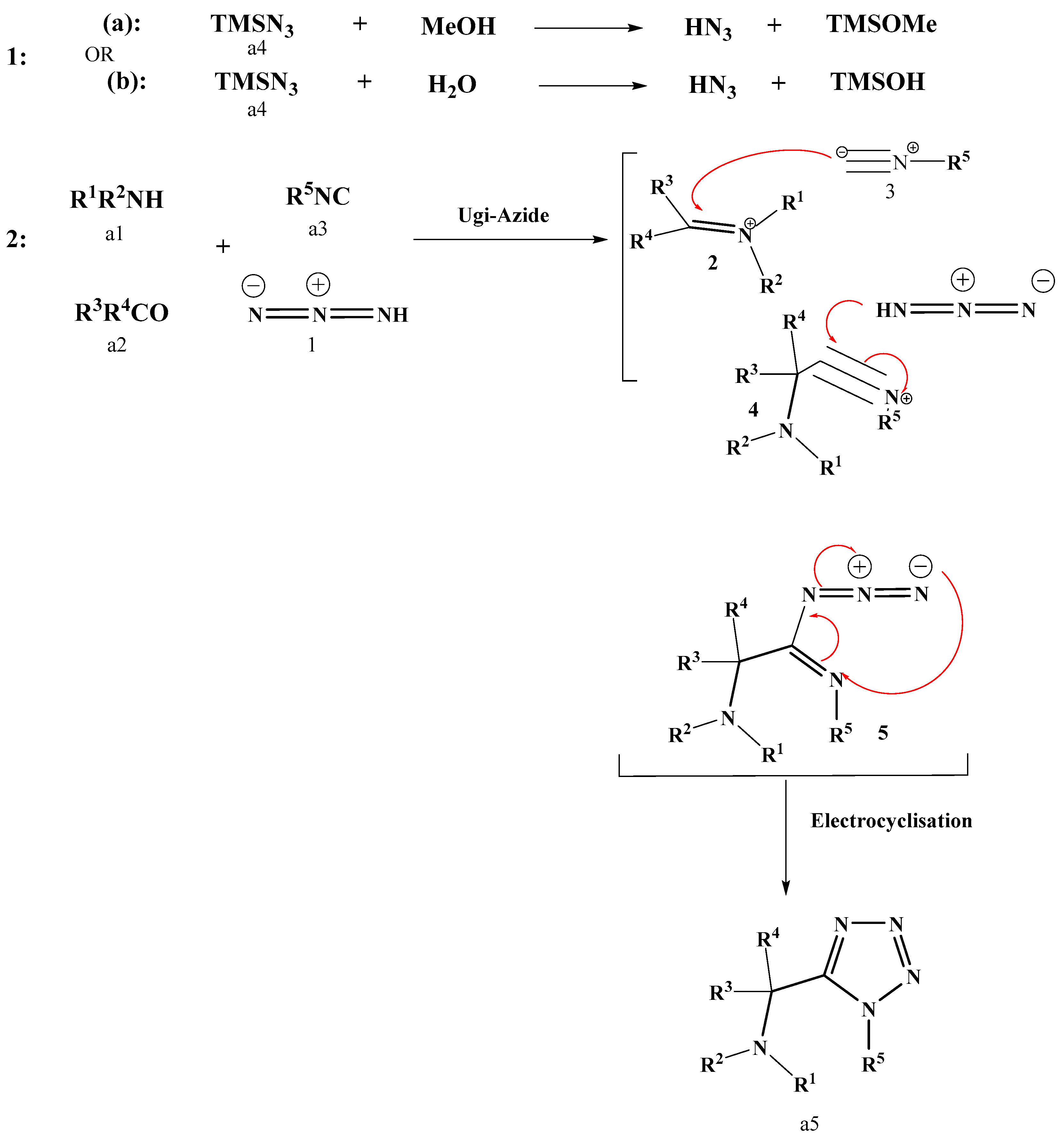 Table 2. Synthesized 1,5 DST of reaction A and B.
Table 2. Synthesized 1,5 DST of reaction A and B.
Yield (a) corresponds to the reaction A (MeOH) at ambient temperature; yield (b) corresponds to the reaction B (water/TTAB) at ambient temperature.
© 2021 by the authors. Licensee MDPI, Basel, Switzerland. This article is an open access article distributed under the terms and conditions of the Creative Commons Attribution (CC BY) license (http://creativecommons.org/licenses/by/4.0/).
We use cookies on our website to ensure you get the best experience. Read more about our cookies here.
Accept
We have just recently launched a new version of our website. Help us to further improve by taking part in this short 5 minute survey here. here.
Never show this again