Purinergic Signaling in Endometriosis-Associated Pain
Next Article in Special Issue

A Subset of Purposeless Oral Movements Triggered by Dopaminergic Agonists Is Modulated by 5-HT2C Receptors in Rats: Implication of the Subthalamic Nucleus 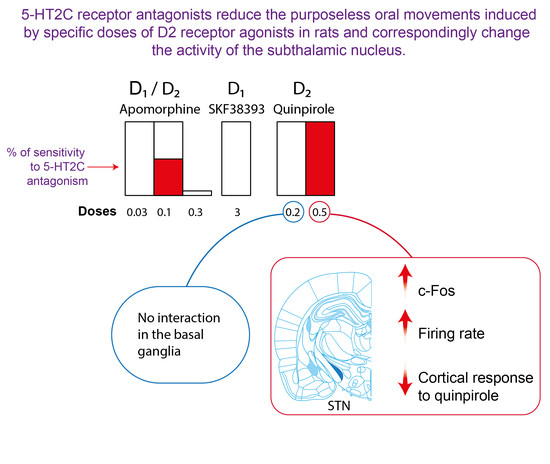