Abnormal Social Interactions in a Drosophila Mutant of an Autism Candidate Gene: Neuroligin 3

Aging is an ineluctable law of life. During the process of aging, the occurrence of neurodegenerative disorders is prevalent in the elderly population and the predominant type of dementia is Alzheimer’s disease (AD). The clinical symptoms of AD include progressive memory loss and impairment of cognitive functions that interfere with daily life activities. The predominant neuropathological features in AD are extracellular β-amyloid (Aβ) plaque deposition and intracellular neurofibrillary tangles (NFTs) of hyperphosphorylated Tau. Because of its complex pathobiology, some tangible treatment can only ameliorate the symptoms, but not prevent the disease altogether. Numerous drugs during pre-clinical or clinical studies have shown no positive effect on the disease outcome. Therefore, understanding the basic pathophysiological mechanism of AD is imperative for the rational design of drugs that can be used to prevent this disease. Drosophila melanogaster has emerged as a highly efficient model system to explore the pathogenesis and treatment of AD. In this review we have summarized recent advancements in the pharmacological research on AD using Drosophila as a model species, discussed feasible treatment strategies and provided further reference for the mechanistic study and treatment of age-related AD. View Full-Text
Keywords: Alzheimer’s disease; AD model; pharmacology; signaling pathways; Drosophila Alzheimer’s disease; AD model; pharmacology; signaling pathways; Drosophila
►▼ Show Figures 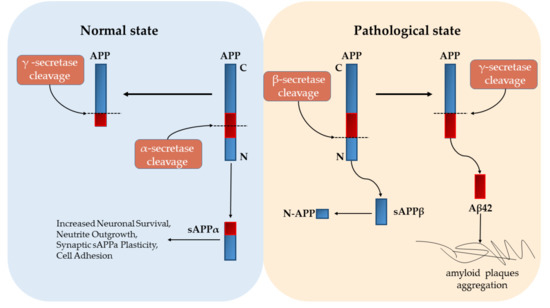