We present the analysis of the defective genetic pathways of the Late-Onset Alzheimer’s Disease (LOAD) compared to the Mild Cognitive Impairment (MCI) and Healthy Controls (HC) using different sampling methodologies. These algorithms sample the uncertainty space that is intrinsic to any kind of highly underdetermined phenotype prediction problem, by looking for the minimum-scale signatures (header genes) corresponding to different random holdouts. The biological pathways can be identified performing posterior analysis of these signatures established via cross-validation holdouts and plugging the set of most frequently sampled genes into different ontological platforms. That way, the effect of helper genes, whose presence might be due to the high degree of under determinacy of these experiments and data noise, is reduced. Our results suggest that common pathways for Alzheimer’s disease and MCI are mainly related to viral mRNA translation, influenza viral RNA transcription and replication, gene expression, mitochondrial translation, and metabolism, with these results being highly consistent regardless of the comparative methods. The cross-validated predictive accuracies achieved for the LOAD and MCI discriminations were 84% and 81.5%, respectively. The difference between LOAD and MCI could not be clearly established (74% accuracy). The most discriminatory genes of the LOAD-MCI discrimination are associated with proteasome mediated degradation and G-protein signaling. Based on these findings we have also performed drug repositioning using Dr. Insight package, proposing the following different typologies of drugs: isoquinoline alkaloids, antitumor antibiotics, phosphoinositide 3-kinase PI3K, autophagy inhibitors, antagonists of the muscarinic acetylcholine receptor and histone deacetylase inhibitors. We believe that the potential clinical relevance of these findings should be further investigated and confirmed with other independent studies. View Full-Text
Keywords: Alzheimer’s disease; mild cognitive impairment; pathway analysis; deep pathways sampling; drug repositioning Alzheimer’s disease; mild cognitive impairment; pathway analysis; deep pathways sampling; drug repositioning
►▼ Show Figures 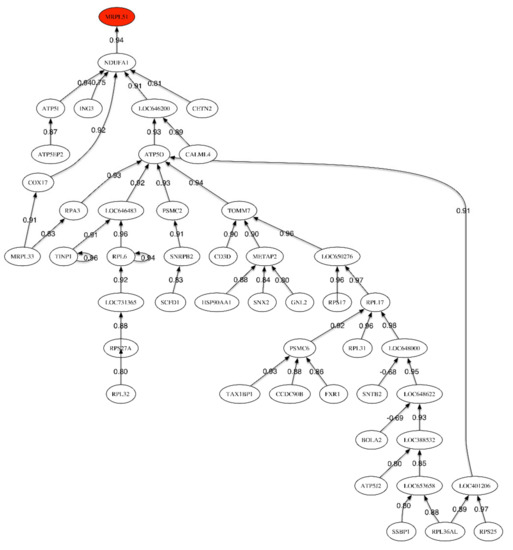