Relaxin is known to play an important role in animal pregnancies, including those of humans. It is suggested that relaxin induces aggressive cell growth and invasiveness in several types of cancer, including endometrial cancer. However, the mechanisms of relaxin remain largely unclear. In this study, we examined the effects of relaxin 2 (RLN2), the major circulating relaxin in humans, on human endometrial carcinoma cell lines. RLN2 treatment induced invasion in HEC-1B and Ishikawa cells. RLN2-induced cell invasion was significantly decreased by transfection of relaxin receptor 1 (RXFP1) siRNAs. The β-catenin inhibitor, XAV939, also significantly inhibited the RLN2-induced cell invasions. Both a decrease of cadherin expression and an increase of β-catenin phosphorylation were observed in response to the RLN2 treatment in HEC-1B and Ishikawa cells. We then examined RLN2 and RXFP1 expression in 80 human endometrioid endometrial carcinoma tissues. RLN2 immunoreactivity was detected in the human endometrial carcinoma cells and had a correlative tendency with histological grade and RXFP1. These results suggest that adherens junctions in cancer cells are weakened by the breakdown of the cadherin/catenin complex, which is induced by β-catenin phosphorylation via RLN2/RXFP1 signaling. View Full-Text
Keywords: relaxin 2; RXFP1; phospho-β-catenin; endometrial cancer relaxin 2; RXFP1; phospho-β-catenin; endometrial cancer
►▼ Show Figures 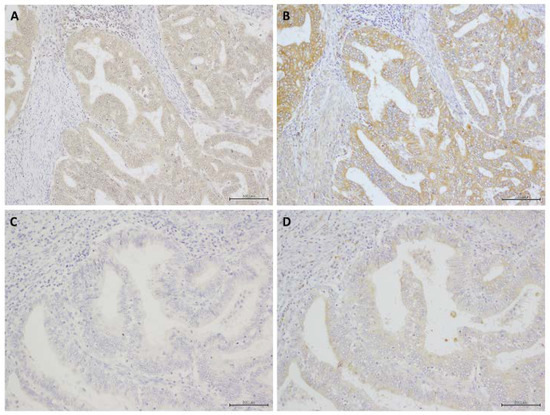