Negative air ions (NAIs) have been discovered for more than 100 years and are widely used for air cleaning. Here, we have carried out a comprehensive reviewing on the effects of NAIs on humans/animals, and microorganisms, and plant development. The presence of NAIs is credited for increasing psychological health, productivity, and overall well-being but without consistent or reliable evidence in therapeutic effects and with controversy in anti-microorganisms. Reports also showed that NAIs could help people in relieving symptoms of allergies to dust, mold spores, and other allergens. Particulate matter (PM) is a major air pollutant that affects human health. Experimental data showed that NAIs could be used to high-efficiently remove PM. Finally, we have reviewed the plant-based NAI release system under the pulsed electric field (PEF) stimulation. This is a new NAI generation system which releases a huge amount of NAIs under the PEF treatment. The system may be used to freshen indoor air and reduce PM concentration in addition to enriching oxygen content and indoor decoration at home, school, hospital, airport, and other indoor areas. View Full-Text
Keywords: negative air ions; superoxide; particulate matter; pulsed electric field negative air ions; superoxide; particulate matter; pulsed electric field
►▼ Show Figures 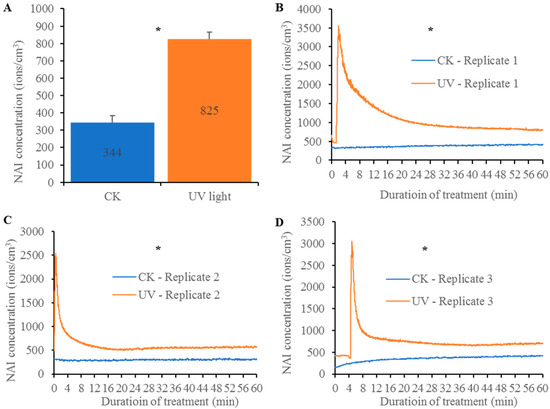