Metastatic basal cell carcinoma may be treated with hedgehog pathway inhibitors, including vismodegib and sonidegib. However, patients can demonstrate resistance to these agents. We describe a man with metastatic basal cell carcinoma who did not respond well to vismodegib and sonidegib. Next generation sequencing of his metastatic liver tumor demonstrated a high tumor mutational burden (103 mutations per megabase) and the genomic amplification of PD-L1, both of which are features that predict response to anti-PD1/PD-L1 immunotherapy. Treatment with nivolumab, an anti-PD1 checkpoint inhibitor, resulted in near complete remission. Yet, he developed new primary cutaneous basal cell carcinomas while receiving immunotherapy and while his metastatic disease showed an ongoing response. His new superficial skin cancer had a lower tumor mutational burden (45 mutations per megabase) than the metastatic disease. Since immunotherapy response rates are higher in patients with more genomically complex tumors, our observations suggest that, in contrast with the premise of earlier treatment is better, which holds true for targeted and cytotoxic therapies, immunotherapy may be better suited to more advanced disease. View Full-Text
Keywords: basal; carcinoma; cell; cutaneous; immunotherapy; metastatic; nivolumab basal; carcinoma; cell; cutaneous; immunotherapy; metastatic; nivolumab
►▼ Show Figures 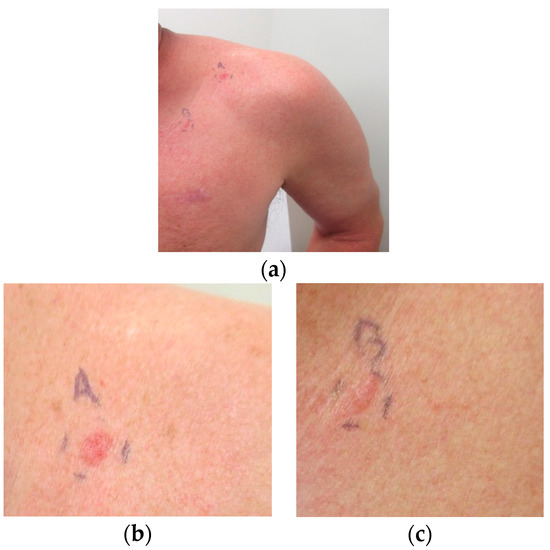