1α,25(OH)2D3 Suppresses the Migration of Ovarian Cancer SKOV-3 Cells through the Inhibition of Epithelial–Mesenchymal Transition
Previous Article in Journal

The Effect of Analogues of 1α,25-Dihydroxyvitamin D2 on the Regrowth and Gene Expression of Human Colon Cancer Cells Refractory to 5-Fluorouracil 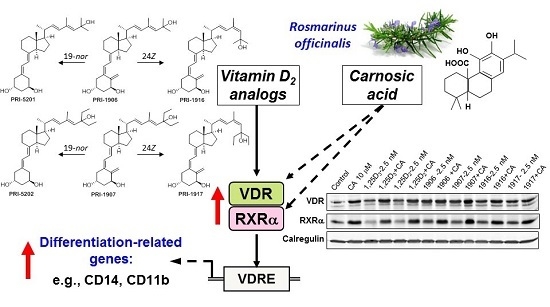