Generation of Rho Zero Cells: Visualization and Quantification of the mtDNA Depletion Process
Next Article in Special Issue

In the ovary, the paracrine interactions between the oocyte and surrounded granulosa cells are critical for optimal oocyte quality and embryonic development. Mice lacking the androgen receptor (AR−/−) were noted to have reduced fertility with abnormal ovarian function that might involve the promotion of preantral follicle growth and prevention of follicular atresia. However, the detailed mechanism of how AR in granulosa cells exerts its effects on oocyte quality is poorly understood. Comparing in vitro maturation rate of oocytes, we found oocytes collected from AR−/− mice have a significantly poor maturating rate with 60% reached metaphase II and 30% remained in germinal vesicle breakdown stage, whereas 95% of wild-type AR (AR+/+) oocytes had reached metaphase II. Interestingly, we found these AR−/− female mice also had an increased frequency of morphological alterations in the mitochondria of granulosa cells with reduced ATP generation (0.18 ± 0.02 vs. 0.29 ± 0.02 µM/mg protein; p < 0.05) and aberrant mitochondrial biogenesis. Mechanism dissection found loss of AR led to a significant decrease in the expression of peroxisome proliferator-activated receptor γ (PPARγ) co-activator 1-β (PGC1-β) and its sequential downstream genes, nuclear respiratory factor 1 (NRF1) and mitochondrial transcription factor A (TFAM), in controlling mitochondrial biogenesis. These results indicate that AR may contribute to maintain oocyte quality and fertility via controlling the signals of PGC1-β-mediated mitochondrial biogenesis in granulosa cells. View Full-Text
Keywords: androgen receptor; granulosa cell; PGC1-β; mitochondria androgen receptor; granulosa cell; PGC1-β; mitochondria
►▼ Show Figures 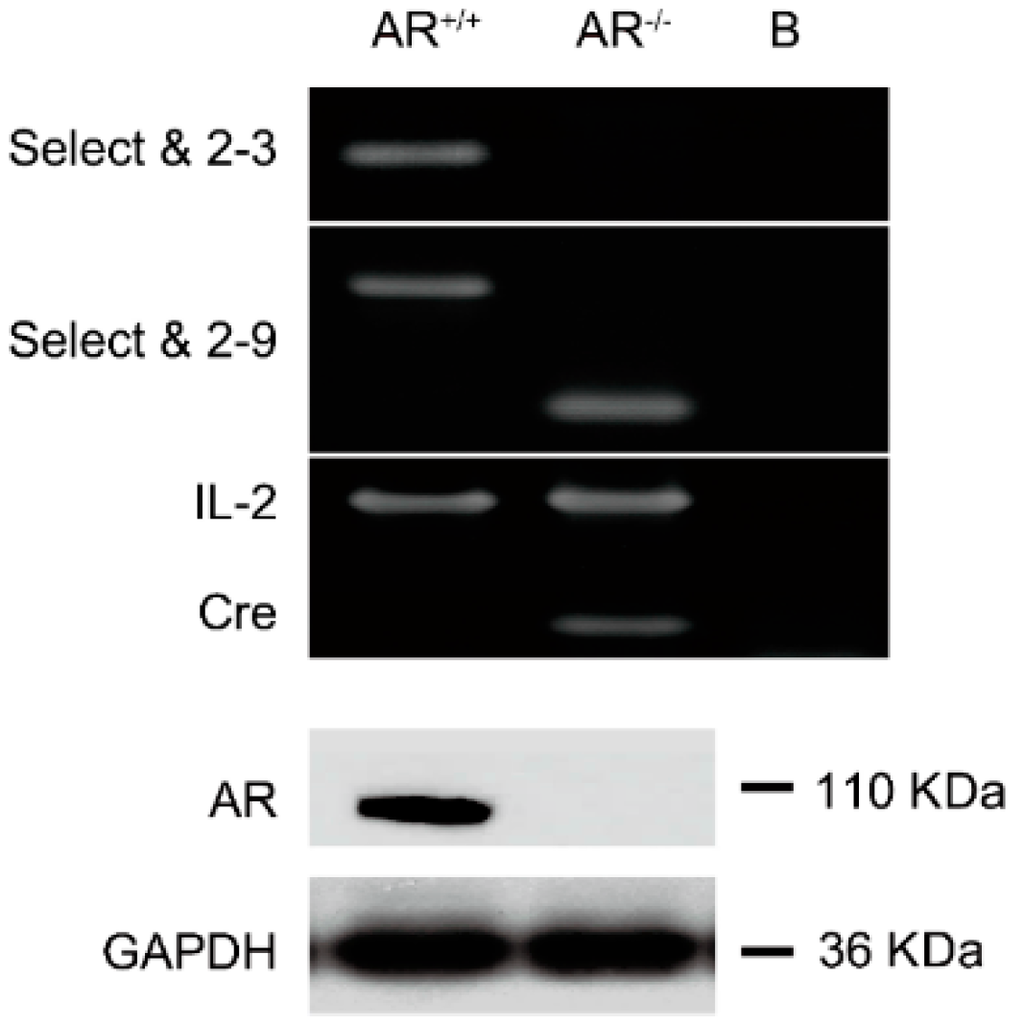