In eukaryotes, pre-mRNA splicing is an essential step for gene expression. We have been analyzing post-splicing intron turnover steps in higher eukaryotes. Here, we report protein interaction between human Debranching enzyme 1 (hDbr1) and several factors found in the Intron Large (IL) complex, which is an intermediate complex of the intron degradation pathway. The hDbr1 protein specifically interacts with xeroderma pigmentosum, complementeation group A (XPA)-binding protein 2 (Xab2). We also attempted to identify specific interactors of hDbr1. Co-immunoprecipitation experiments followed by mass spectrometry analysis identified a novel protein as one of the specific interactors of hDbr1. This protein is well conserved among many species and shows the highest similarity to yeast Drn1, so it is designated as human Dbr1 associated ribonuclease 1 (hDrn1). hDrn1 directly interacts with hDbr1 through protein–protein interaction. Furthermore, hDrn1 shuttles between the nucleus and the cytoplasm, as hDbr1 protein does. These findings suggest that hDrn1 has roles in both the nucleus and the cytoplasm, which are highly likely to involve hDbr1. View Full-Text
Keywords: pre-mRNA splicing; intron turnover; RNA lariat; debranching; hDbr1; Xab2; hDrn1 pre-mRNA splicing; intron turnover; RNA lariat; debranching; hDbr1; Xab2; hDrn1
►▼ Show Figures 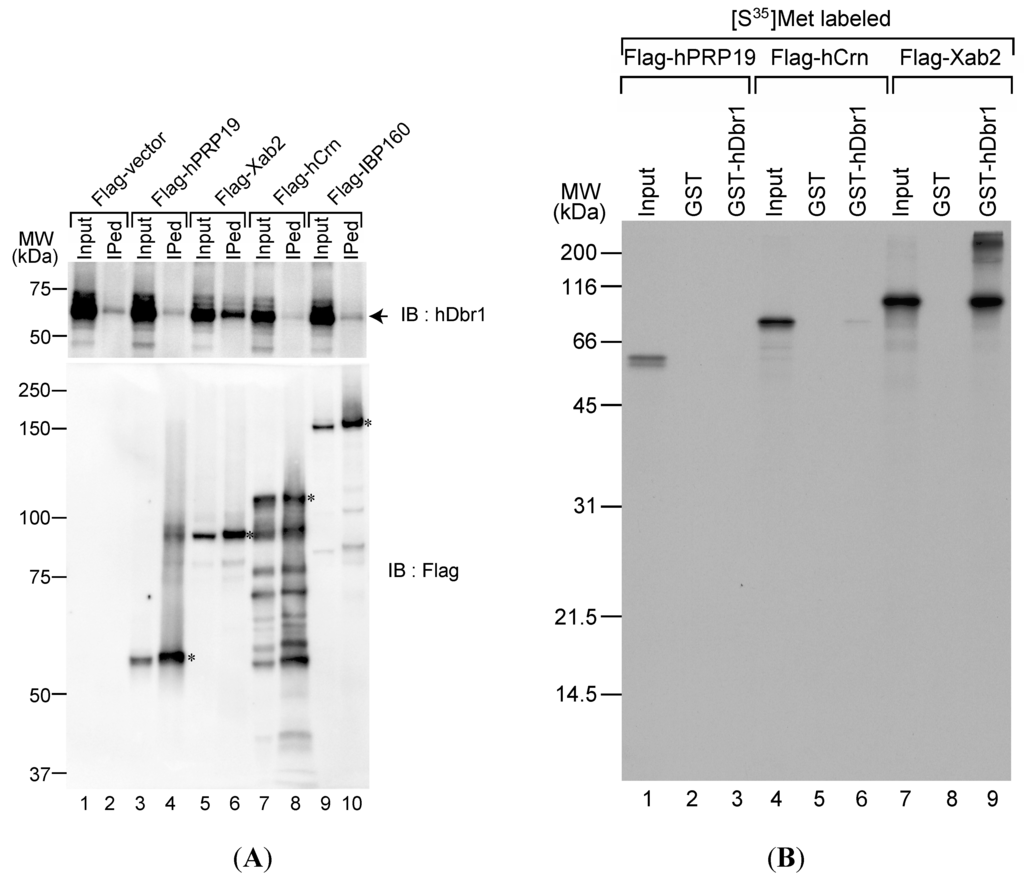