Glycosylation of surface molecules is a key feature of several eukaryotic viruses, which use the host endoplasmic reticulum/Golgi apparatus to add carbohydrates to their nascent glycoproteins. In recent years, a newly discovered group of eukaryotic viruses, belonging to the Nucleo-Cytoplasmic Large DNA Virus (NCLDV) group, was shown to have several features that are typical of cellular organisms, including the presence of components of the glycosylation machinery. Starting from initial observations with the chlorovirus PBCV-1, enzymes for glycan biosynthesis have been later identified in other viruses; in particular in members of the Mimiviridae family. They include both the glycosyltransferases and other carbohydrate-modifying enzymes and the pathways for the biosynthesis of the rare monosaccharides that are found in the viral glycan structures. These findings, together with genome analysis of the newly-identified giant DNA viruses, indicate that the presence of glycogenes is widespread in several NCLDV families. The identification of autonomous viral glycosylation machinery leads to many questions about the origin of these pathways, the mechanisms of glycan production, and eventually their function in the viral replication cycle. The scope of this review is to highlight some of the recent results that have been obtained on the glycosylation systems of the large DNA viruses, with a special focus on the enzymes involved in nucleotide-sugar production. View Full-Text
Keywords: NCLDV; chloroviruses; Phycodnaviridae; Mimiviridae; glycosyltransferases; N-acetyl-d-glucosamine; l-fucose; l-rhamnose; d-viosamine; N-acetyl-l-rhamnosamine NCLDV; chloroviruses; Phycodnaviridae; Mimiviridae; glycosyltransferases; N-acetyl-d-glucosamine; l-fucose; l-rhamnose; d-viosamine; N-acetyl-l-rhamnosamine
►▼ Show Figures 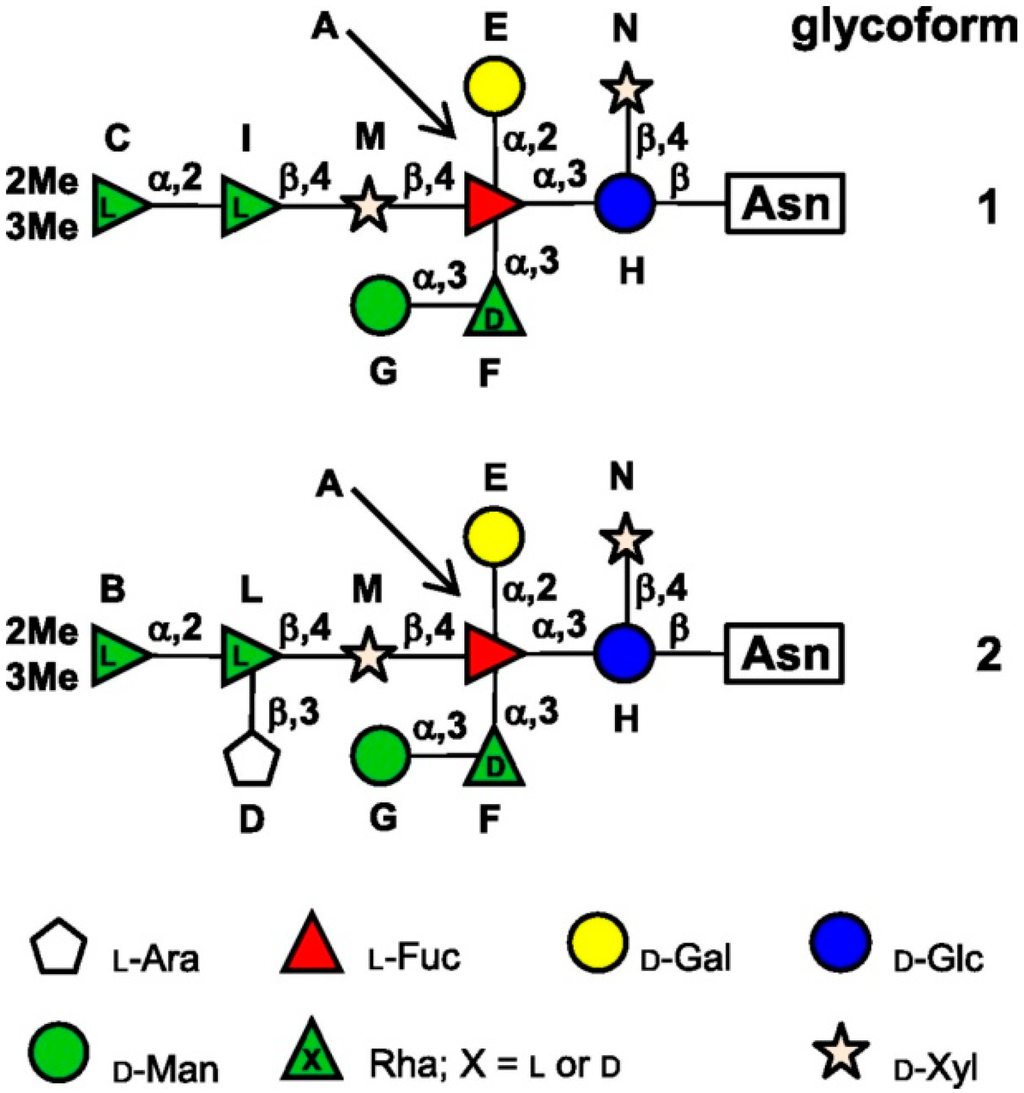