Genetic Variation of the Endangered Gentiana lutea L. var. aurantiaca (Gentianaceae) in Populations from the Northwest Iberian Peninsula
Next Article in Special Issue

Autophagy is a process of cellular self-digestion, whereby the cell degrades subcellular materials in order to generate energy and metabolic precursors in order to prolong survival, classically under conditions of nutrient deprivation. Autophagy can also involve the degradation of damaged or aged organelles, and misfolded or damaged proteins to eliminate these components that might otherwise be deleterious to cellular survival. Consequently, autophagy has generally been considered a prosurvival response. Many, if not most chemotherapeutic drugs and radiation also promote autophagy, which is generally considered a cytoprotective response, in that its inhibition frequently promotes apoptotic cells death. Furthermore, it has been shown that conventional chemotherapeutic drugs and radiation alone rarely induce a form of autophagy that leads to cell death. However, there are multiple examples in the literature where newer chemotherapeutic agents, drug combinations or drugs in combination with radiation promote autophagic cell death. This review will describe autophagic cell death induced in breast tumor cells, lung cancer cells as well as glioblastoma, demonstrating that it cannot be concluded that stress induced autophagy is, of necessity, cytoprotective in function. View Full-Text
Keywords: autophagy; apoptosis; radiation; chemotherapy autophagy; apoptosis; radiation; chemotherapy
►▼ Show Figures 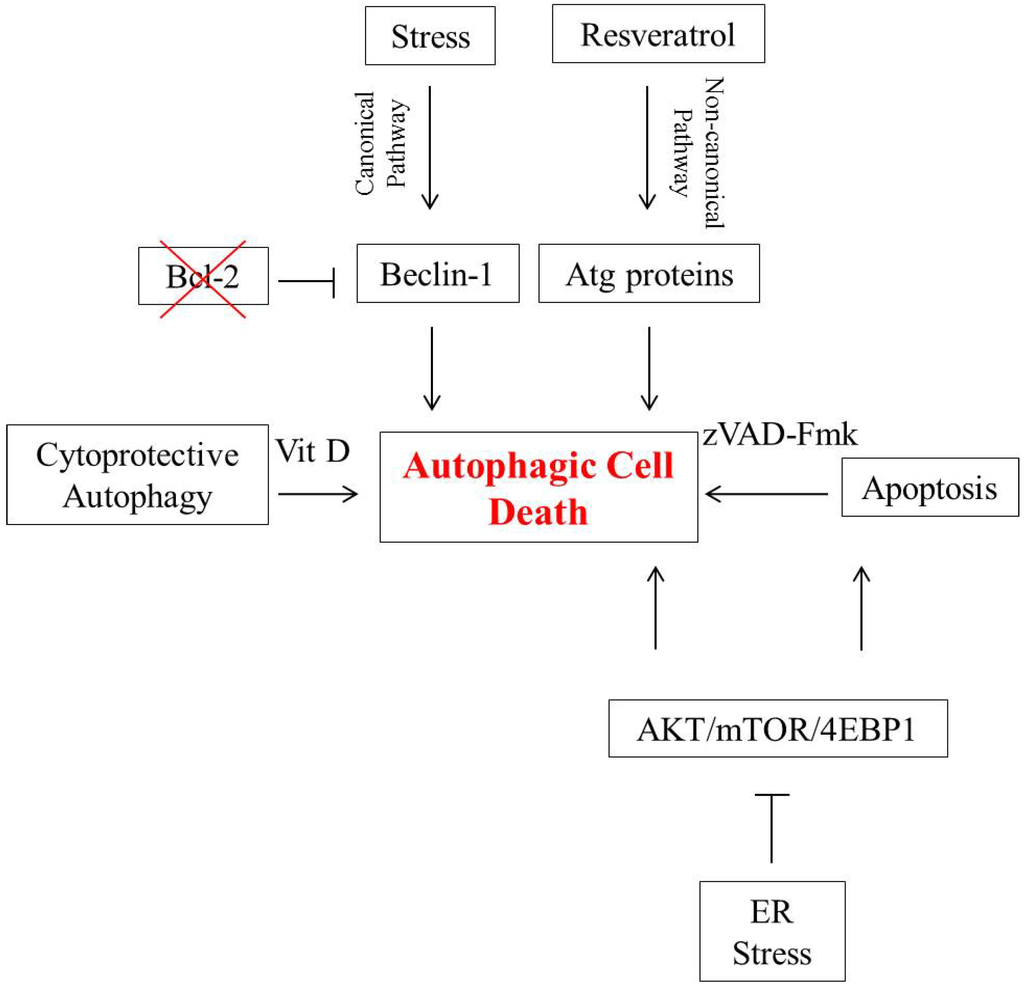