Recently, new strains of Fasciola demonstrated drug resistance, which increased the need for new drugs or improvement of the present drugs. Nanotechnology is expected to open some new opportunities to fight and prevent diseases using an atomic scale tailoring of materials. The ability to uncover the structure and function of biosystems at the nanoscale, stimulates research leading to improvement in biology, biotechnology, medicine and healthcare. The size of nanomaterials is similar to that of most biological molecules and structures; therefore, nanomaterials can be useful for both in vivo and in vitro biomedical research and applications. Therefore, this work aimed to isolate fungal strains from Taif soil samples, which have the ability to synthesize silver nanoparticles. The fungus Trichoderma harzianum, when challenged with silver nitrate solution, accumulated silver nanoparticles (AgNBs) on the surface of its cell wall in 72 h. These nanoparticles, dislodged by ultrasonication, showed an absorption peak at 420 nm in a UV-visible spectrum, corresponding to the plasmon resonance of silver nanoparticles. The transmission electron micrographs of dislodged nanoparticles in aqueous solution showed the production of reasonably monodisperse silver nanoparticles (average particle size: 4.66 nm) by the fungus. The percentage of non hatching eggs treated with the Triclabendazole drug was 69.67%, while this percentage increased to 89.67% in combination with drug and AgNPs.
Keywords: egg hatching; Fasciola; silver nanoparticle; Triclabendazole; Trichoderma egg hatching; Fasciola; silver nanoparticle; Triclabendazole; Trichoderma

Fasciola spesies is an important parasite of sheep and camel, so it has been the subject of many scientific investigations. This is not only because of its high prevalence rates but also due to its enormous production losses in these animals reported from various parts of the world. In addition, fasciolosis is now recognized as an emerging human disease by the World Health Organization. Fascioliasis, a serious infectious parasitic disease infecting domestic ruminants and humans, tops all the zoonotic helminthes worldwide [1]. It is caused by a liver fluke belonging to genus Fasciola. A large variety of animals, such as sheep, goats, cattle, buffalo, horses, donkeys, camels and rabbits, show infection rates that may reach 90% in some areas [2]. The infection with Fasciola spp. represents a major human health problem in diverse parts of Africa such as Egypt, Zambia, Kenya, Algeria, Zimbabwe, Tanzania and Nigeria [3–10], and recently, human infection cases with F. hepatica have been documented from southwest Tunisia, with prevalence infection of 6.6% [11]. In Saudi Arabia, Fasciola gigantic counted as one of the most common gastrointestinal helminthes in camels in Saudi Arabia [12]. Fasciola sp. were with 14.5% prevalence from leafy vegetables in Riyadh region [13]. Fascioliasis among local and imported sheep in Saudi Arabia was studied [14]. This study showed that, the detection of eggs revealed 13.5% infection rate compared with 21.9% by detection of worms (p < 0.001). In addition, the infection rate was significantly higher (p < 0.001) among the imported sheep (15.1%) than among the local ones (4.96%). A report on stool analysis of male immigrant manual workers in Saudi Arabia, suggested that nine out of ten patients suffered from human fascioliasis [3,14,15]. Abou-Zinadah and Fouad [16] examined 20 imported sheep for fascioliasis natural infection by kato thick smear and by Fasciola-indirect haemagglutination test (IHAT). They reported that stool examination revealed infection in 13/20 (65%), but IHAT identified 11/20 (55%). Therefore, the sensitivity was 84.5%.
At present, there is no vaccine available for the prevention of fascioliasis [17], and hence chemotherapy is the current mainstay of control. Triclabendazole is the drug of choice as it is safe and efficacious against both juvenile and adult flukes [18]. There is considerable concern of drug resistance development in humans, as drug resistance has already been reported from sheep and cattle from different parts of the world as e.g., Australia, Ireland, The Netherlands, Spain and the UK [19,20]. Currently, the interest in nanotechnological approaches in microbiology is growing rapidly, as in all fields of the science [21,22]. The main motive is the expectation that nanoparticles will be able to be used in the treatment of various diseases in the future [23–25]. In recent studies, it was determined that through their unique properties and large surface areas, metal oxide nanoparticles possess effective antimicrobial activities [25]. Particularly, owing to their great chemical reactivity, nanoparticles are capable of producing reactive oxygen species (ROS), which have the ability to kill infectious agents. The antibacterial and antiviral behaviors of silver, silver ions, and silver-containing compounds have long been investigated [26,27]. Ag-NPs demonstrated significant antileishmanial effects by inhibiting the proliferation and metabolic activity of promastigotes by 1.5- to threefold, respectively, in the dark, and 2- to 6.5-fold, respectively, under UV light [28]. The preparation of uniform nanosized silver particles with specific requirements in terms of size, shape, and physical and chemical properties is of great interest in the formulation of new pharmaceutical products [29,30]. Currently, there is a growing need to using environmentally friendly nanoparticles that do not produce toxic wastes in their process synthesis protocol. To achieve this, we are inclined to shift to benign synthesis processes, which happen to be mostly of biological nature [31].
In the present investigation, we explore the potential of Trichoderma harzianum to synthesize AgNPs and test the drug efficacy of Triclabendazole alone and with AgNPs on egg hatching of Fasciola eggs.

The fungus culture, Trichoderma harzianum (TUT89) was isolated from soil sample In Taif region and maintained in potato dextrose agar (HiMedia, Mumbai, India) slant at 27 °C. Internal transcribed spacer region (ITS) sequence for this strain was deposited in GenBank and its accession number is HE649481.

To prepare the biomass for biosynthesis studies the fungus was grown aerobically in liquid broth containing (g/L) KH2PO4, 7; K2HPO4, 2; MgSO4·7H2O, 0.1; (NH2)SO4, 1; yeast extract, 0.6; glucose, 10. The culture flasks were incubated on an orbital shaker at 27 °C and agitated at 150 rpm. The biomass was harvested after 72 h of growth by sieving through a plastic sieve followed by extensive washing with sterile double-distilled water to remove any medium components from the biomass [32].

Typically 20 g of biomass (wet weight) were brought into contact with 100 mL sterile double-distilled water for 48 h at 27 °C in an Erlenmeyer flask and agitated as described above. After incubation, the cell filtrate was filtered by Whatman filter paper No.1 (Oakland, CA, USA). After filtration, the observed pH of cell filtrate was 7.2. Into these 100 mL of cell filtrate, a carefully weighed quantity of silver nitrate was added to the Erlenmeyer flask to yield overall Ag+ ions concentration of 10–3 M, and the reaction was carried out under dark conditions [32].

Change in color observed in the silver nitrate solution incubated with the tested strains. The UV-visible spectra of this solution recorded in spectrophotometer, from 200 to 800 nm, at an interval of 24 h. The silver nanoparticles dispersed in water by ultrasonication will be kept at room temperature (37 °C) for 3 months and the absorption peak at 420 nm will be measured continuously, to determine their stability.

The freeze-dried mycelial mats (positive control and silver nitrate treated sample) mounted on specimen stubs with double-sided adhesive tape and coated with gold/palladium in a sputter coater and examined under SEM at 12–15 kV with a tilt angle of 45°. For TEM, a drop of aqueous solution containing the silver nanomaterials placed on the carbon coated copper grids and dried under Infrared lamp.

3.4.3. Effect of Triclabendazole and Ag NPs in F. hepatica

Six-well multidishes were used for the experiments. One hundred eggs of F. hepatica isolate were placed into each well, as much water as possible drawn off, then 3 mL of a Triclabendazole sulfoxide (TCBZ.SO) solution (a drug of choice for Fascioliasis), specific concentration of AgNPs (50 μg/mL) and combination of Ag-NPs with TCBZ was added at a specific concentration (0.1 μg/mL); this was also true of the dimethyl sulfoxide (DMSO) solution in the control well. One replicate of each was set up in the same multidish, together with a separate control well containing DMSO at a concentration of 0.5% (v/v) in tap water. Previous experiments had shown that, at this concentration, the solvent did not affect egg development and hatching [55]. Separate multidishes were set up in the same way, to give a minimum of 3 replicates in total. The multidishes were placed into a dark incubator at 25° and monitored every other day over a period of 14 days. At the end of the 14-day time period, the drug solution in each well was carefully removed and replaced with 3 mL of tap water. The plates were placed on a light box for 1–2 h to stimulate hatching, then each well was examined under a dissecting microscope and the number of eggs at each stage of development recorded using a tally chart [55].

All experiments were repeated at least three times in triplicate wells. The results were expressed as the mean plus or minus the standard deviation. Data were analyzed using SPSS software (version 16.0 for Windows; SPSS Inc, Chicago, IL, USA) and p < 0.05 values were considered statistically significant. 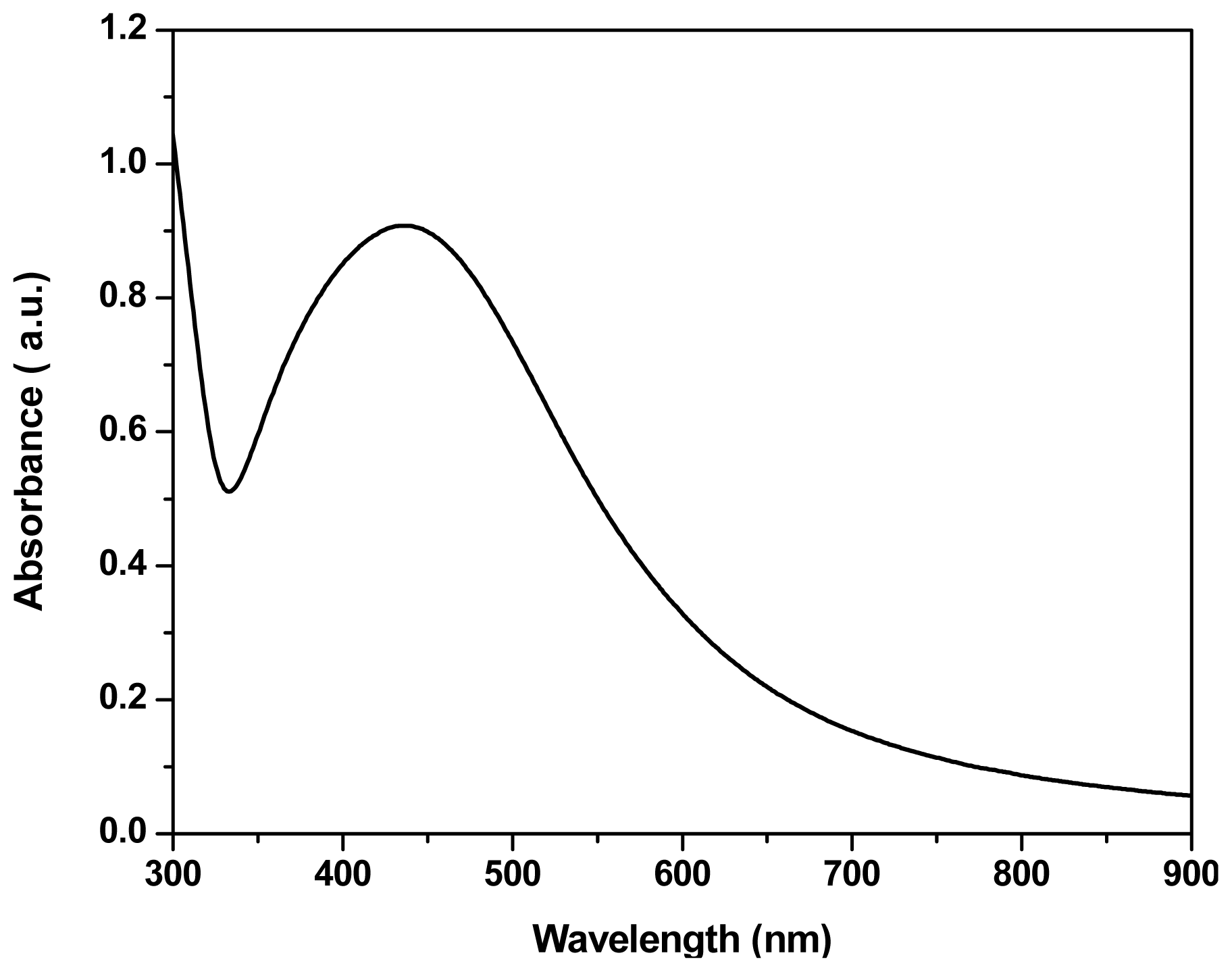 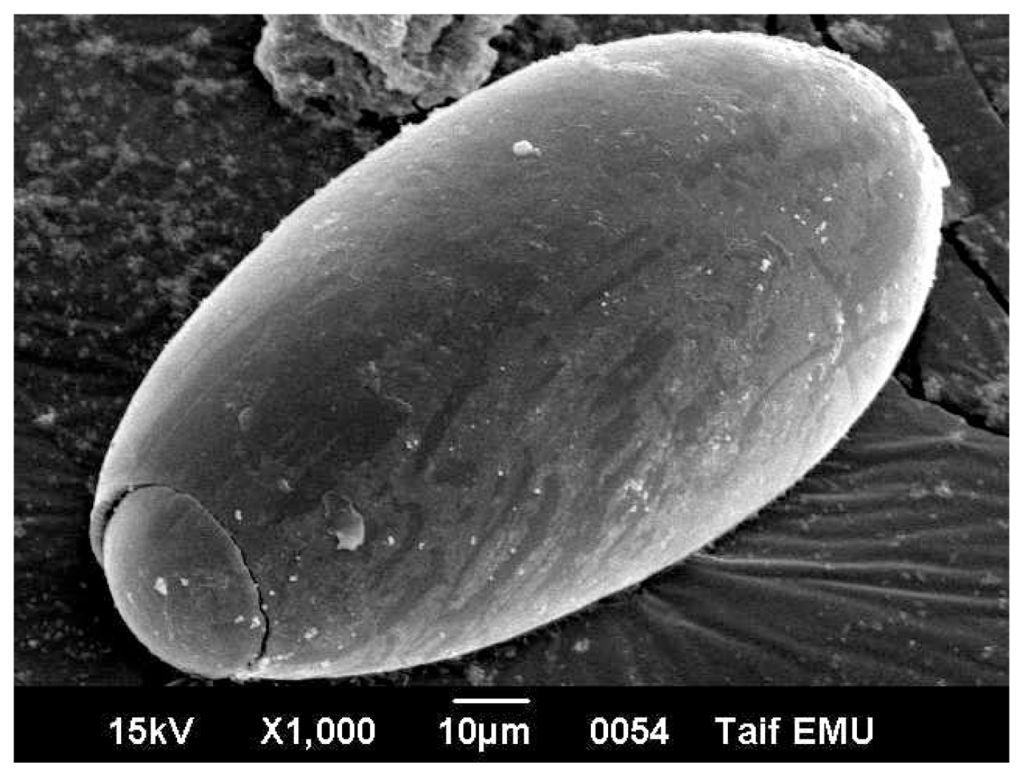 Table 1. A comparison between hatched and non-hatched Fasciola eggs in both treatments (Drug alone) and (drug with AgNPs). As between both treatments the data is almost the same (p value is <0.001).

This work was supported by a grant (Contract No. 2116-433-1) sponsored by Taif University, Saudi Arabia.