MUC16/CA125 in the Context of Modular Proteins with an Annotated Role in Adhesion-Related Processes: In Silico Analysis
Previous Article in Journal / Special Issue

The majority of ovarian cancer patients present with advanced disease and despite aggressive treatment, prognosis remains poor. Significant improvement in ovarian cancer survival will require the development of more effective molecularly targeted therapeutics. Commonly, mouse models are used for the in vivo assessment of potential new therapeutic targets in ovarian cancer. However, animal models are costly and time consuming. Other models, such as the chick embryo chorioallantoic membrane (CAM) assay, are therefore an attractive alternative. CAM assays have been widely used to study angiogenesis and tumor invasion of colorectal, prostate and brain cancers. However, there have been limited studies that have used CAM assays to assess ovarian cancer invasion and metastasis. We have therefore developed a CAM assay protocol to monitor the metastatic properties of ovarian cancer cells (OVCAR-3, SKOV-3 and OV-90) and to study the effect of potential therapeutic molecules in vivo. The results from the CAM assay are consistent with cancer cell motility and invasion observed in in vitro assays. Our results demonstrate that the CAM assay is a robust and cost effective model to study ovarian cancer cell metastasis. It is therefore a very useful in vivo model for screening of potential novel therapeutics.
Keywords: ovarian cancer; invasion; metastasis; chick chorioallantoic membrane ovarian cancer; invasion; metastasis; chick chorioallantoic membrane

Ovarian cancer is the most lethal gynecological malignancy. Most patients are diagnosed at an advanced stage when the cancer cells have already metastasized to the abdominal cavity. Ovarian cancer metastasis is characterized by the ability of ovarian cancer cells to detach from the ovary and to adhere and invade the peritoneal cell layer, which lines the organs in the abdominal cavity [1]. The development of new therapies with the aim to disrupt ovarian cancer metastasis requires the in vivo study of novel targets and molecules. However, commonly used murine models are costly and require a large number of animals as well as a long experimental time frame. An attractive alternative is the chick chorioallantoic membrane (CAM) assay.
CAM assays have been widely used to study angiogenesis [2], tumor cell invasion and metastasis [3–6]. The CAM model has many advantages, such as (a) the highly vascularized nature of the CAM greatly promotes the efficiency of tumor cell grafting; (b) high reproducibility; (c) simplicity and cost effectiveness, and finally (d) as the CAM assay is a closed system, the half-life of many experimental molecules such as small peptides tends to be much longer in comparison to animal models, allowing experimental study of potential anti-metastatic compounds that are only available in small quantities [4,7]. The CAM is composed of a multilayer epithelium; the ectoderm at the air interface, mesoderm (or stroma) and endoderm at the interface with the allantoic sac [8]. Furthermore, the CAM contains extracellular matrix proteins (ECM) such as fibronectin, laminin, collagen type I and integrin ανβ3 [9]. The presence of these extracellular matrix proteins mimics the physiological cancer cell environment.
Although the CAM assay is a well established model for studying tumour angiogenesis and invasion in malignancies such as bowel cancer [10,11], glioma [12–14], prostate cancer [15–17], leukemia [18] and osteosarcoma [19], there has only been one study to date that has used a CAM assay to assess ovarian cancer invasion and metastasis [20]. We recently investigated the ovarian cancer-peritoneal cell interaction and identified several novel proteins that may be involved in ovarian cancer metastasis [21,22]. To effectively determine their function, we developed a CAM assay protocol using a range of ovarian cancer cell lines to allow the monitoring of candidate molecules on ovarian cancer cell invasion in vivo. The in vivo CAM assay data was compared with results from in vitro assays.

We compared the motility and invasion of three ovarian cancer cells (OVCAR-3, SKOV-3 and OV-90) using in vitro assays. We found OV-90 cells to be most invasive through an extracellular matrix and migrated faster through 12 μm pores towards a chemo attractant, compared to SKOV-3 and OVCAR-3 cells (Figure 1). OVCAR-3 cells were the least motile and invasive cell line in our study.

We initially utilized an ex ovo method and incubated the chick embryos in plastic weigh boats as described previously [23]. The ex ovo method has the advantage of allowing the application of a larger number of matrigel grafts as a wider area of the CAM is accessible. However, the survival rate for the ex ovo method was very low and only 10% of embryos survived to day 14. The in ovo method had a survival rate of 70% on day 14. In the in ovo method, a small window is made in the shell on day 3 of chick embryo development to detach the CAM layer from the egg shell (Figure 2a). Ovarian cancer cells (9 × 105 cells) were mixed with matrigel to form a gel and grafted on top of the CAM of day 11 chick embryos. The chick embryos were incubated with the matrigel grafts until day 14 of development. An example of a matrigel graft on day 14 is shown in Figure 2b.
The CAM layers; ectoderm (ET), mesoderm (M) and endoderm (ED) can be seen in Figure 3a. Cytokeratin immunohistochemistry was used to identify the CAM layer integrity and presence of ovarian cancer cells in the mesodermal layer.
The invasion of the ovarian cancer cells through the ectoderm into the mesoderm was assessed on day 14 of chick embryo development. OVCAR-3 cytokeratin immunohistochemistry showed some damage to the ectoderm layer but minimal invasion into the CAM mesoderm (Figure 3b). The SKOV-3 cells showed invasion into the mesoderm layer and minimal destruction of the ectoderm layer (Figure 3c). OV-90 cells were the most invasive cells in the CAM assay (Figure 3d), which agrees with the results of the in vitro assays (Figure 1). Figure 3d shows a large number of OV-90 cells invading into the mesoderm of the CAM, as well as the destruction of the CAM ectoderm layer.
Quantitative analysis of ovarian cancer cell invasion into the CAM was performed by determining the number of images (8 to 12 sections per chick embryo) with cancer cell invasion into the CAM mesoderm of day 14 chick embryos. Our results showed a significantly higher invasion of OV-90 and SKOV-3 cells into the CAM mesoderm, when compared with OVCAR-3 cells (Figure 4).

2.3. The Effects of Protein a Neutralizing Antibody on OV-90 Cancer Cell Invasion into the CAM

Cell motility and invasion assays were performed as previously described [37]. Briefly, the ovarian cancer cells (OVCAR-3, SKOV-3 and OV-90) were diluted to a cell concentration of 1 × 106 cells/mL and labeled with calcein-AM (1 μg/mL, Life Technologies, VIC, Australia). Ovarian cancer cells were mixed at room temperature for 1 hour in the dark on an oscillating platform. Ovarian cancer cells (50 μL, 40,000 cells) were loaded on top of uncoated 12 μm filter inserts (Disposable, 96-well plate, ChemoTx, Neuro Probe Inc, Gaitherburg, MD, USA) for motility assays or 12 μm filters coated with Geltrex (0.6 μL/well, 9 mg/mL, Life Technologies) for invasion assays. 10% FBS RPMI media was used as a chemo attractant. The cells were allowed to migrate and invade to the lower chamber for 6 hours. Non-migratory cells on the top of the filter were removed and the fluorescence was measured at 485–520 nm.

Fertilized white leghorn chicken eggs were obtained from Hi-Chick, South Australia, Australia. Eggs were incubated in a MultiQuip Incubator (E2) at 37 °C with 60% humidity. Ethics approval was obtained by the University of Adelaide Animal Ethics Committee. A small window was made in the shell on day 3 of chick embryo development under aseptic conditions. The window was resealed with adhesive tape and eggs were returned to the incubator until day 11 of chick embryo development. On day 11, OVCAR-3, SKOV-3 and OV-90 cell suspensions (9 × 105) were mixed with growth factor reduced matrigel (8.9 mg/mL, BD Biosciences, NSW, Australia) in a total volume of 30 μL. Control anti-mouse IgG (20 μg/mL) (Sigma Aldrich) and neutralizing antibody to protein A (20 μg/mL) (BD Biosciences) were mixed together with the OV-90 cancer cells and matrigel. Matrigel grafts were placed on top of the CAM and eggs were resealed and returned to the incubator for 72 hours until day 14 (n = 6 chicken embryos per cell line). Matrigel grafts with surrounding CAM were harvested from each embryo and fixed with 4% paraformaldehyde for 24 hours and embedded in paraffin. Serial sections (6 μm) were stained with hematoxylin and eosin. Slides were digitally scanned using the NanoZoomer (Hamamatsu Photonics K.K., Japan).

CAM paraffin sections (6 μm) were incubated on a heat plate at 60 °C for 2 hours. Tissue sections were dewaxed with xylene and ethanol, followed by PBS washes. Antigen retrieval was performed by using 1% protease (Sigma-Aldrich) for 10 minutes on a heat plate at 37 °C. The endogenous peroxidase activity of the sections was quenched with 0.3% H2O2. Each tissue sample was blocked with 5% goat serum for 30 minutes before incubation with monoclonal mouse anti-human cytokeratin clone AE1/AE3 (1:50, Dako, VIC, Australia) at 4 °C overnight. Subsequently, the tissues sections were incubated sequentially with biotinylated goat anti-mouse (1:400, Dako), followed by streptavidin-HRP conjugated (1:500, Dako) for 1 hour at room temperature. Immunoreactivity was detected using diaminobenzidine/H2O2 substrate (Sigma-Aldrich). The sections were counterstained with 10% haematoxylin (Sigma-Aldrich), dehydrated and mounted in Pertex (Medite Medizintechnik, Germany). Slides were digitally scanned using the NanoZoomer (Hamamatsu Photonics K.K.). For quantitative analysis of ovarian cancer cell invasion into the mesoderm layer, 8 to 12 CAM images from each embryo were assessed by two independent researchers [16].

The CAM assay is a robust technique that can be used to monitor invasion of ovarian cancer cell lines and to assess the role of novel molecules and potential therapeutic targets. It is a valuable alternative to murine in vivo models for the study of ovarian cancer invasion and metastasis.

The grant sponsors for this project were the Ovarian Cancer Research Foundation (OCRF), Australia, Cancer Council South Australia and South Australian Health and Medical Research Institute. We thank Simon Koblar from the School of Medicine, University of Adelaide, Australia for his help with setting up the CAM assay. 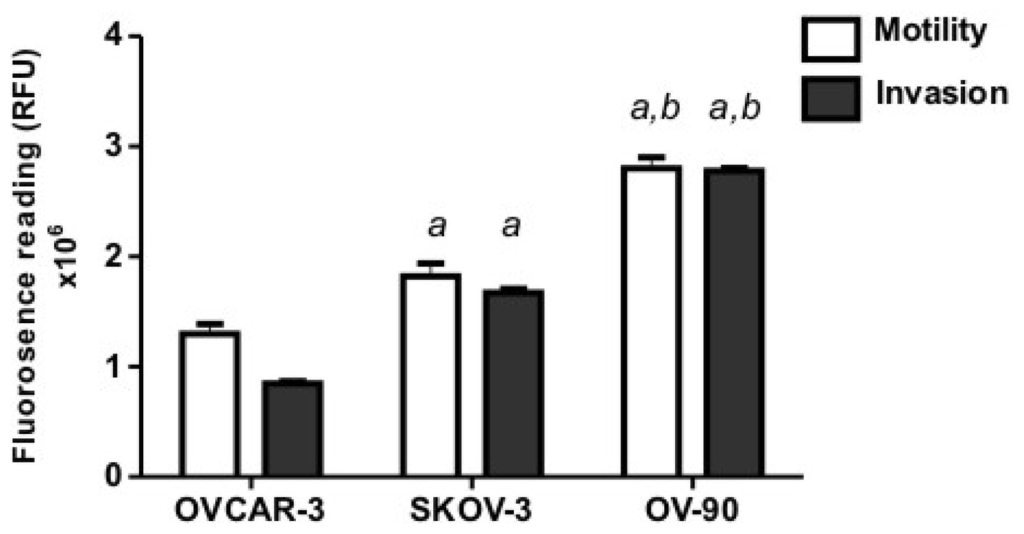 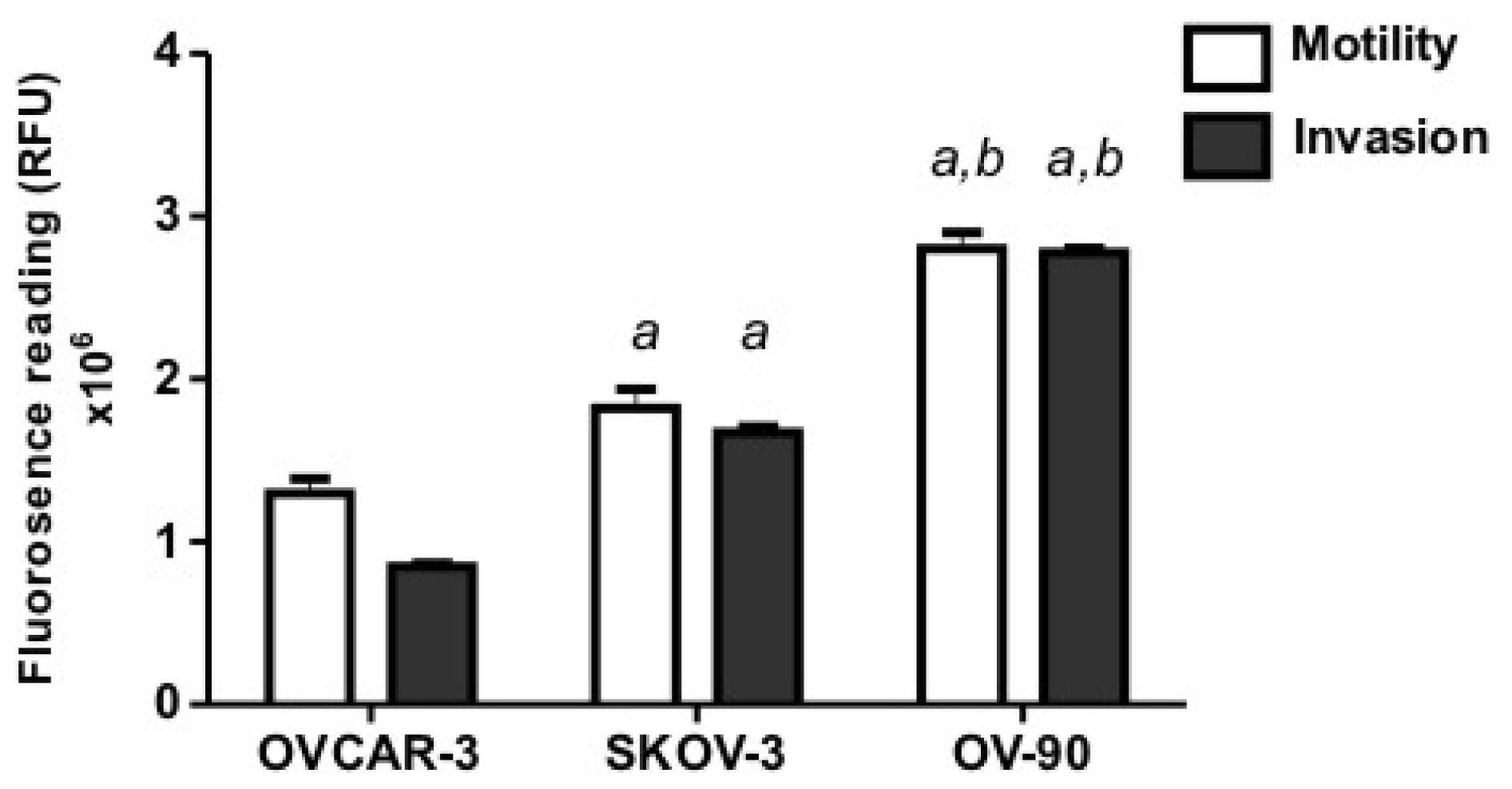 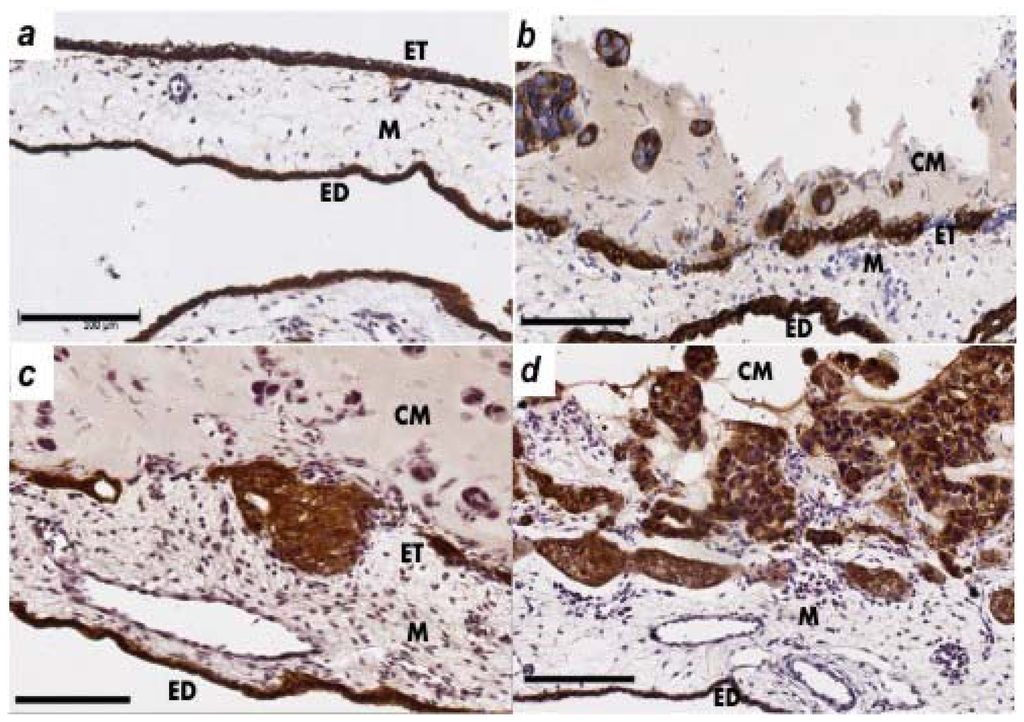 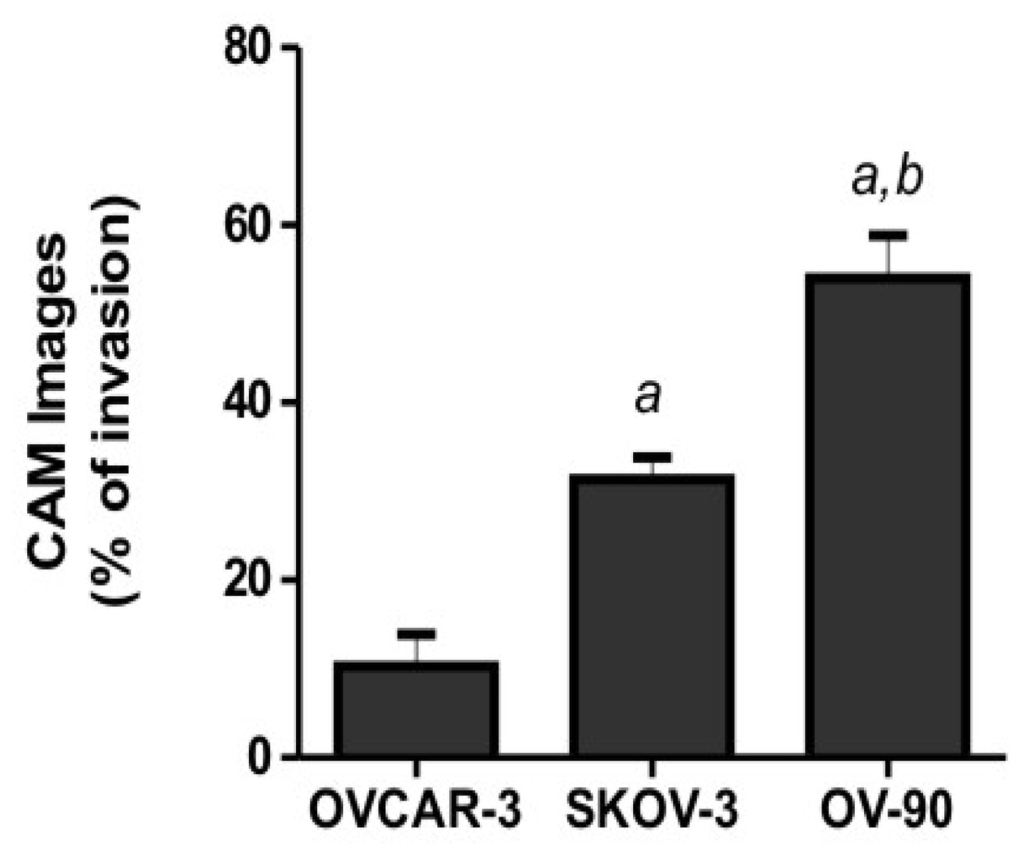 Table 1. Comparison of the advantages and limitations of the chick chorioallantoic membrane (CAM) and mouse model.