Form Follows Function: Structural and Catalytic Variation in the Class A Flavoprotein Monooxygenases

This study focuses on the fabrication and electrical characterization of a polymer composite based on nano-sized varistor powder. The polymer composite was fabricated by the melt-blending method. The developed nano-composite was characterized by X-ray diffraction (XRD), transmission electron microscopy (TEM), field emission scanning electron microscopy (FeSEM), and energy-dispersive X-ray spectroscopy (EDAX). The XRD pattern revealed the crystallinity of the composite. The XRD study also showed the presence of secondary phases due to the substitution of zinc by other cations, such as bismuth and manganese. The TEM picture of the sample revealed the distribution of the spherical, nano-sized, filler particles throughout the matrix, which were in the 10–50 nm range with an average of approximately 11 nm. The presence of a bismuth-rich phase and a ZnO matrix phase in the ZnO-based varistor powder was confirmed by FeSEM images and EDX spectra. From the current-voltage curves, the non-linear coefficient of the varistor polymer composite with 70 wt% of nano filler was 3.57, and its electrical resistivity after the onset point was 861 KΩ. The non-linear coefficient was 1.11 in the sample with 100 wt% polymer content. Thus, it was concluded that the composites established a better electrical non-linearity at higher filler amounts due to the nano-metric structure and closer particle linkages.
Keywords: polymer composite; nano-metric varistor powder; polycaprolactone; electrical resistance polymer composite; nano-metric varistor powder; polycaprolactone; electrical resistance

Figure 1 shows the typical X-ray diffraction (XRD) patterns of PCL polymer, varistor powder, and the varistor polymer composite that contained 70 wt% of varistor powder. PCL is a semi-crystalline material that shows a strong diffraction at a 2θ of 23.44° and a weak diffraction at 21.78°, indicating highly-ordered, chain-folding characteristics at a maximum intensity of 17,000, as shown in Figure 1a[42]. The composite had seven major peaks at peaks of 2θ of varistor components at 31.87°, 34.57°, 36.30°, 47.63°, 56.67°, 62.94°, and 67.98°, which were indexed as 100, 002, 101, 102, 110, 103, and 112, respectively. The varistor polymer composite had diffraction peaks that were approximately similar to the peaks of the varistor components without PCL peaks (Figure 1a,c). In the composite, the intensity reduction of PCL may be assigned to the increased peak intensity of the fillers due to its high percentage [42]. It was noted that the peaks corresponding to 100, 002, 101, 102, 110, 103 and 112 planes in the mixture of PCL with nano-filler powder spectrum, come from the ZnO crystals. The crystallographic planes of 101, 102, and 103 were assigned to Co3O4 (hexagonal), Bi2O3 (monoclinic) and MnO (orthorhombic), respectively. Two patterns of the nanocomposite and varistor powder showed strong diffractions of the ZnO crystal. This indicated that the four main components (ZnO, MnO, Bi2O3 and Co3O4) formed secondary phases, namely, ZnMn2O4 (ICSD code: 077047), ZnCo2O4 (ICSD code: 011149), and Zn0·33Bi12·67O19·33 (ICSD code: 800822), that produce the non-linear I–V behavior of the varistor composite, due to the substitution of Zn with other cations, such as Bi, Mn, and Co. Table 1 shows a comparison of the peak positions of secondary phases that were formed, both in the nano-sized varistor powder and the varistor polymer composite. The ZnO particles were surrounded by a thin layer that was enriched with the cations of the additives [43,44]. When the diffraction pattern of the filler was compared to that of the mixture of the PCL/filler powder, it was evident that the crystallinity had changed.
The changes in the XRD patterns clearly indicated coordination between the components of the composite [45]. According to the XRD patterns, it was noted that the diffraction peaks in the case of the PCL/nano varistor composite had moved to a slightly lower value of 2θ, since the concentration of the nano varistor powder was high in the composite.

Figure 2 presents the transmission electron microscopy (TEM) image and the particle-size distribution of the nano-sized varistor polymer composite. The TEM image showed that the nano powder filler particles throughout the matrix were almost spherical, and, from the histogram of the normal particle-size distribution, the mean particle diameter was determined to be 11.36 nm. The TEM samples were prepared by dispersing the polymer nano-composites in chloroform, and the solution was drop-cast onto carbon-coated copper.
It is important to note that the non-linear, I–V behavior of the varistor composite originated from a grain boundary effect. From the field emission scanning electron micrograph (FeSEM) (Figure 3a,b), it can be seen that the ZnO-doped particles had contacts and, because of the high sintering temperature, holes were also observed. In order to help better investigate the structure of the grain boundary at the contact points of the particles, a FeSEM micrograph was taken of the non-grinding powder (Figure 3b). The importance of the presence of dopants (Bi, Mn, Co) on the grain boundaries to gain current-voltage characteristics was emphasized by energy dispersive X-ray (EDAX) spectroscopy (Figure 3c). This indicated that the grain boundary was composed of ZnO and small amounts of Mn and Co in triple junctions, as well as grain boundary and a small amount of Bi in the triple junctions. The presence of Mn and Co indicates that the Mn and Co ions were substituted in the Zn lattice. It is for this reason that the ionic radii of Mn and Co ions are smaller than the Zn radii in the grain boundaries [46].

The first steps in producing fine varistor powder are similar to the process developed by Wang et al.[47]. The ZnO-based varistor powder that was prepared in the present study contained 98.5 mol% of nano powder ZnO, 0.5 mol% of Bi2O3, 0.5 mol% of MnO, and 0.5 mol% of Co3O4. A mixed water solution containing the required amounts of metal oxides (except ZnO) was ball-milled with zirconium balls to obtain a fine powder. After milling for about 1 h, nano ZnO powder was added to the mixture and it was kept in the ball mill with a constant milling rate for another hour. The slurry was dried at 150 °C for 8 h, ground into powder, and calcined at 750 °C in air. After calcination, the filler was ground and then sintered at 1280 °C for 2.5 h. Mechanical activation by grinding can enhance chemical homogeneity and is a critical factor in determining electrical properties [48]. For this reason, the varistor powder used in this study was ground before it was embedded in the polymer matrix.

A polymer composite was fabricated by the melt-blending method using a Thermo HAKKE chamber. PCL granules were placed in the chamber before it was heated and stabilized at 70 °C. Next, the filler was gradually added to the melted PCL within 15–60 min to gain a polymer composite with well-dispersed filler. The polymer composite was held in contact with the heated plates of the hot press at a pressure of 110 kg/cm2 for 5 min and then exposed to a cold press at room temperature for 10 min at the same pressure to form 80 cm × 80 cm plaques which were 1 mm thick.

XRD patterns were obtained by a Pan Analytical (Philips, Almelo, The Netherland) X’Pert Pro PW1830 using CuKα radiation at a wavelength of λ = 1.54 Å. Typical power settings were 30 mA and 30 kV. The scan range was 20°–80° for composites and varistor powder with a scan rate of 2°/min. Fractured samples of the blends were coated with gold by using a Denton Vacuum sputtering unit. The FeSEM micrographs were recorded at magnifications of 10–300,000. EDX measurements were conducted by Joel-Jsm-7600F field emission SEM. Transmission electron microscopy (TEM) was performed by a Hitachi (H-7100) electron microscope with an accelerating voltage of 120 keV. The TEM polymer composite samples were prepared by dispersing approximately 0.1 g of polymer-based composite in chloroform. This dispersion was dropped on a carbon-coated copper grid and allowed to evaporate by air drying. Then, the sample was placed in the vacuum chamber for viewing. Particle size measurement and distribution graphs were done using Image Tool software and exploring the results with SPSS 20 to get the histogram plot and mean diameters of the particles. All the current-voltage measurements were taken at 0.5 V intervals up to 100 V using a source measurement unit (Kiethley, Model 236, Cleveland, OH, USA). In this study, a disk that was 10 mm in diameter and 1 mm thick was coated with silver paint on both sides for the electrical contacts in the current-voltage (I–V) measurement.

The electrically-resistive varistor polymer composites were fabricated successfully using the melt-blending method. The XRD pattern of the PCL, filler, and PCL/filler composite revealed the crystallinity of the composite by embedding the inorganic filler in the polymer. The TEM image showed the spherical morphology of the nano-sized filler, which improved the electrical properties of the resulting nano-composite. Meanwhile, the field emission SEM illustrated the structural properties of the nano-sized filler. An EDX analysis confirmed the formation of the phases after sintering. The I–V characteristics suggested varistor-like behavior. From the 15 wt%, 50 wt%, and 70 wt% composites, when the concentration of the nano-sized filler increased, the alpha value also increased. This could be due to the adequate amount of filler that caused the filler particles to become closer and form linkages.

The authors would like to express deep appreciation to all lab assistants in the Chemistry and Physics Department, Universiti Putra Malaysia and all of the staffs in Electron Microscopy Unit, Institute Bioscience, UPM. Special thanks to Dr. Kamyar Shameli from Chemistry Department, UPM. 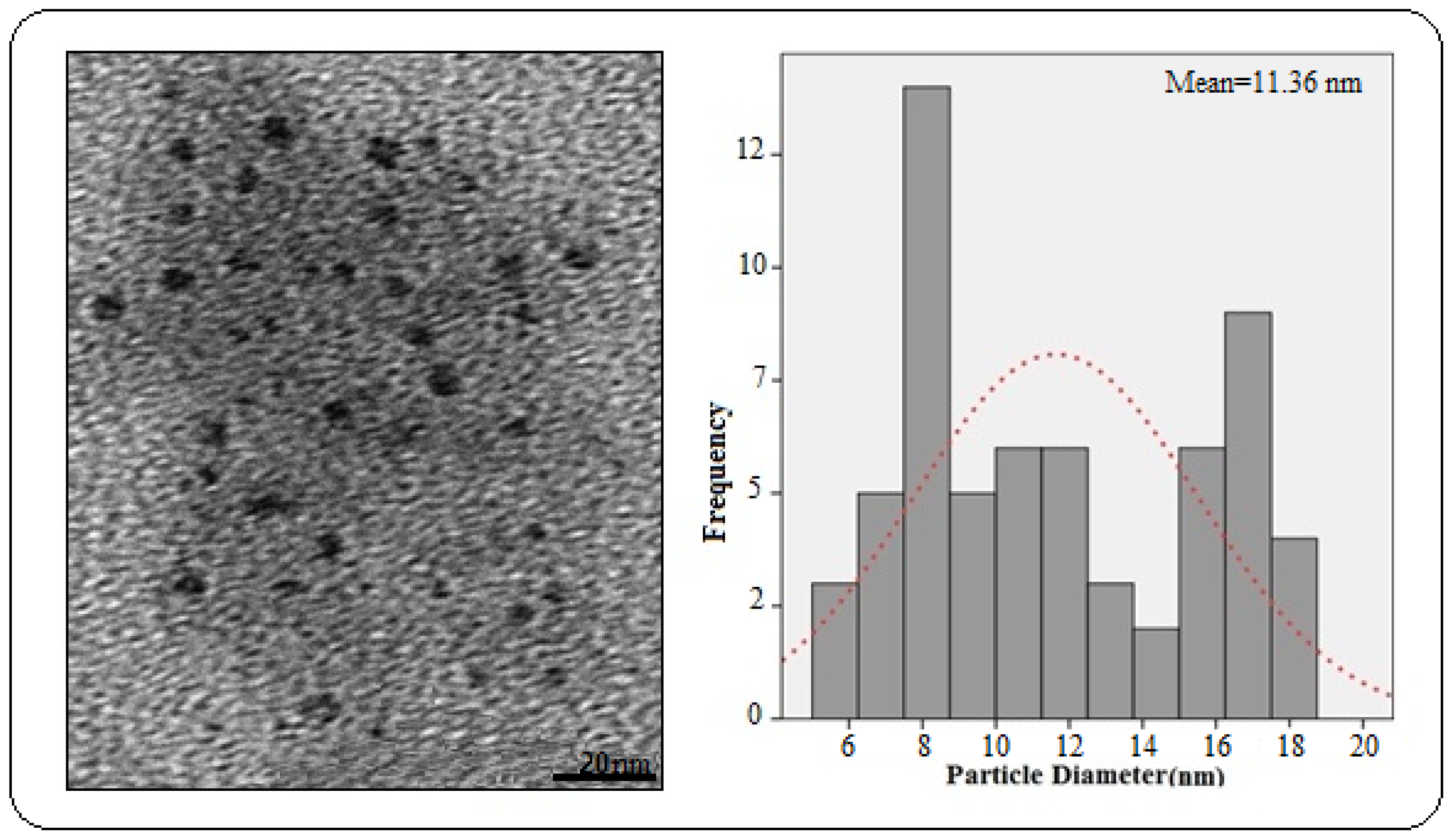 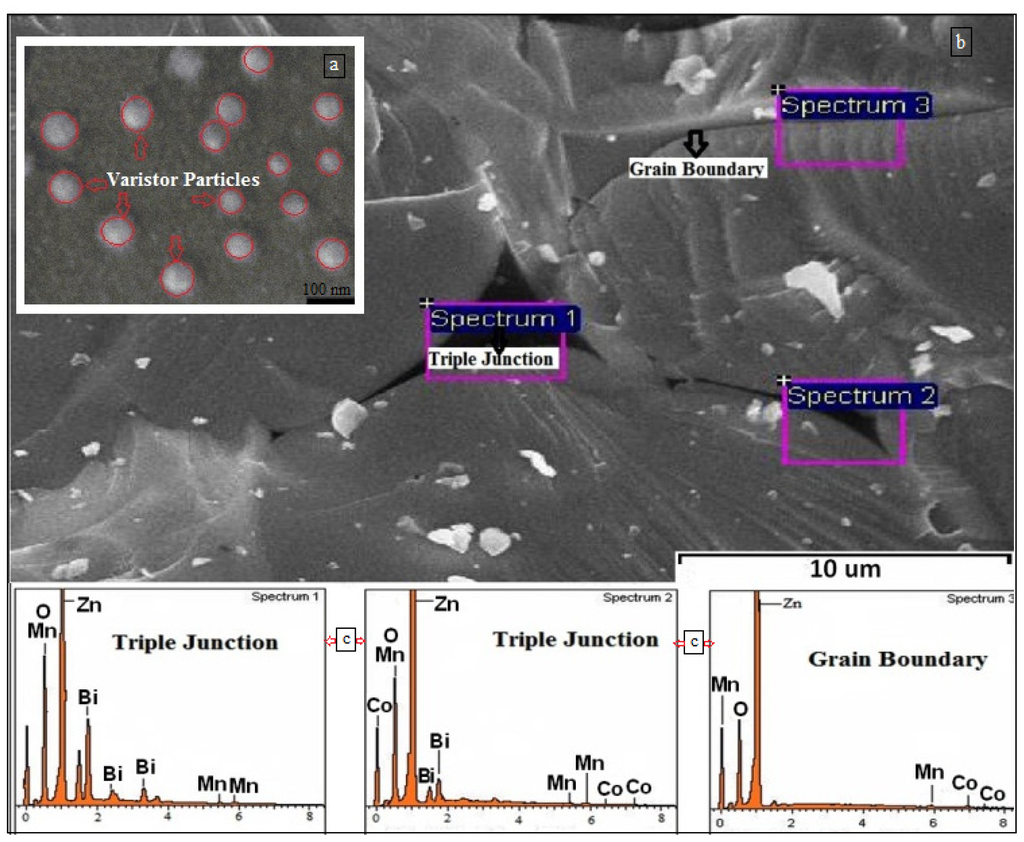 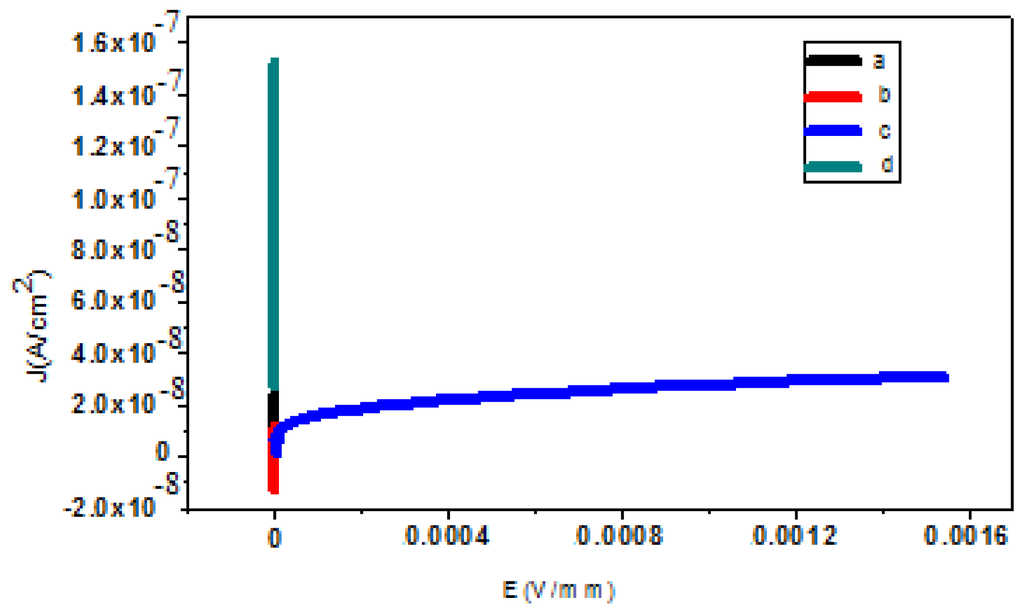 Table 1. Comparison of peak positions of secondary phases between nano-sized varistor powder and its polymer composite.