Cellulose synthase (CESA), which is an essential catalyst for the generation of plant cell wall biomass, is mainly encoded by the CesA gene family that contains ten or more members. In this study; four full-length cDNAs encoding CESA were isolated from Betula platyphylla Suk., which is an important timber species, using RT-PCR combined with the RACE method and were named as BplCesA3, −4, −7 and −8. These deduced CESAs contained the same typical domains and regions as their Arabidopsis homologs. The cDNA lengths differed among these four genes, as did the locations of the various protein domains inferred from the deduced amino acid sequences, which shared amino acid sequence identities ranging from only 63.8% to 70.5%. Real-time RT-PCR showed that all four BplCesAs were expressed at different levels in diverse tissues. Results indicated that BplCESA8 might be involved in secondary cell wall biosynthesis and floral development. BplCESA3 appeared in a unique expression pattern and was possibly involved in primary cell wall biosynthesis and seed development; it might also be related to the homogalacturonan synthesis. BplCESA7 and BplCESA4 may be related to the formation of a cellulose synthase complex and participate mainly in secondary cell wall biosynthesis. The extremely low expression abundance of the four BplCESAs in mature pollen suggested very little involvement of them in mature pollen formation in Betula. The distinct expression pattern of the four BplCesAs suggested they might participate in developments of various tissues and that they are possibly controlled by distinct mechanisms in Betula. View Full-Text
Keywords: birch; CESA; primary cell wall; secondary cell wall; transcript; wood; cellulose; gene expression birch; CESA; primary cell wall; secondary cell wall; transcript; wood; cellulose; gene expression
►▼ Show Figures 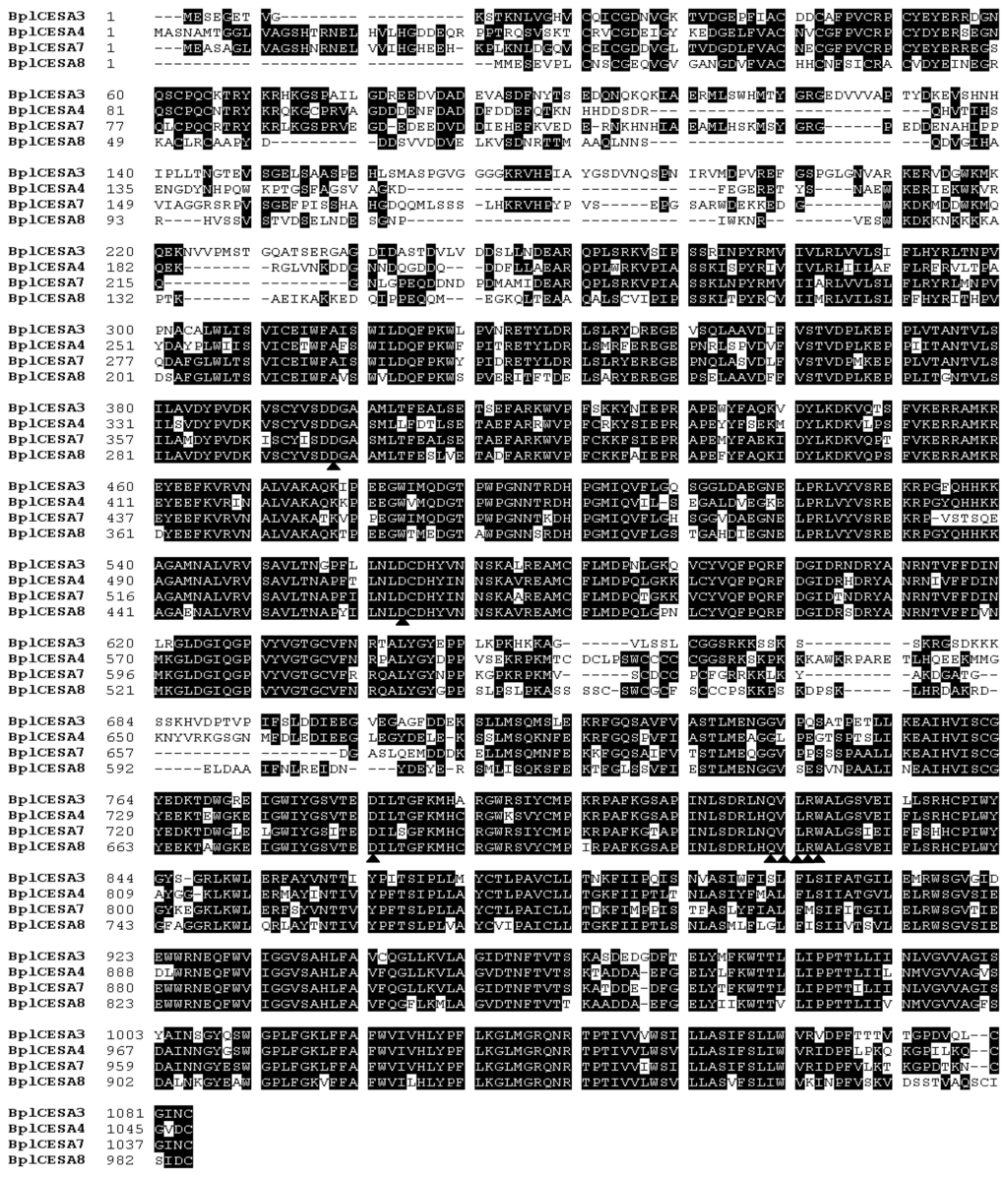