Coumarin and Its Derivatives—Editorial
Previous Article in Journal 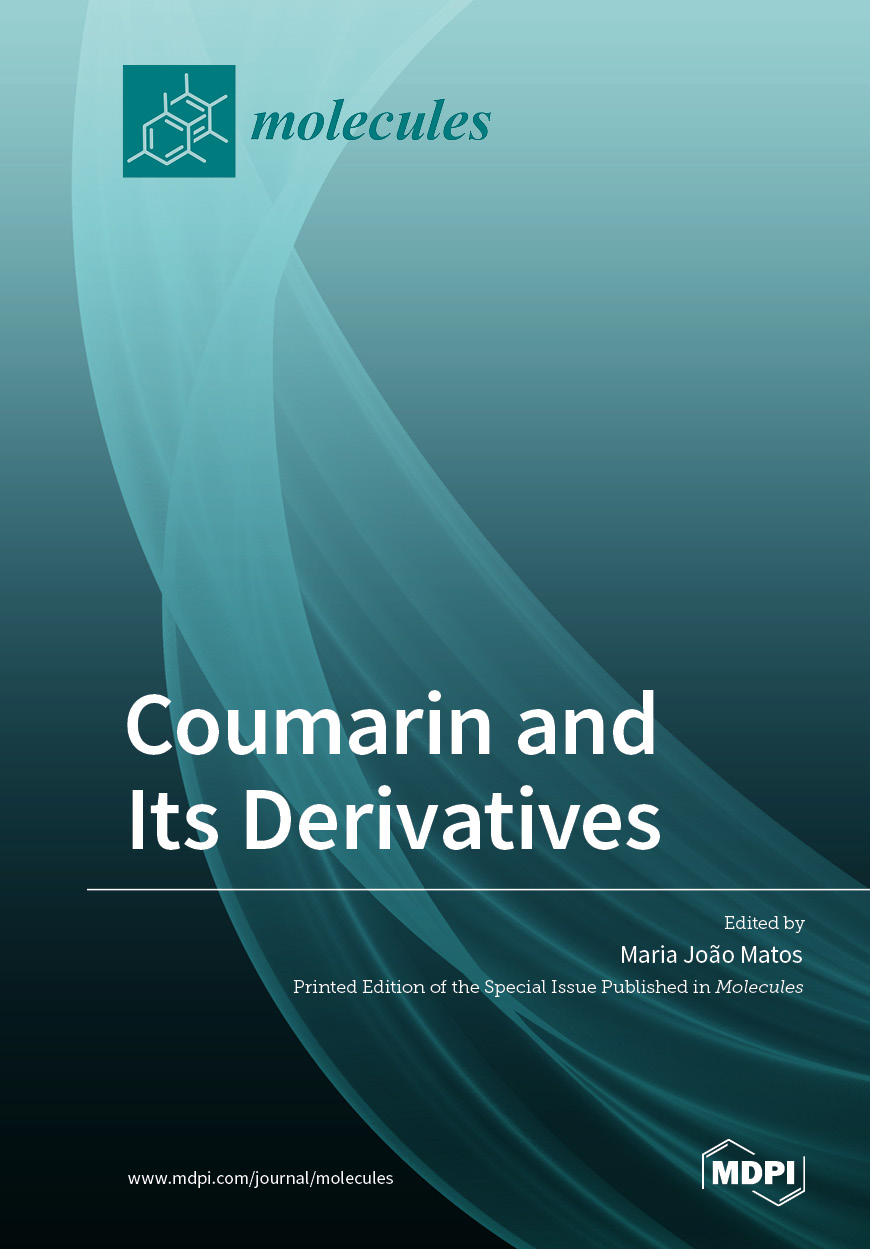 Synthesis of Ferulenol by Engineered Escherichia coli: Structural Elucidation by Using the In Silico Tools

4-Hydroxycoumarin (4HC) has been used as a lead compound for the chemical synthesis of various bioactive substances and drugs. Its prenylated derivatives exhibit potent antibacterial, antitubercular, anticoagulant, and anti-cancer activities. In doing this, E. coli BL21(DE3)pLysS strain was engineered as the in vivo prenylation system to produce the farnesyl derivatives of 4HC by coexpressing the genes encoding Aspergillus terreus aromatic prenyltransferase (AtaPT) and truncated 1-deoxy-D-xylose 5-phosphate synthase of Croton stellatopilosus (CstDXS), where 4HC was the fed precursor. Based on the high-resolution LC-ESI(±)-QTOF-MS/MS with the use of in silico tools (e.g., MetFrag, SIRIUS (version 4.8.2), CSI:FingerID, and CANOPUS), the first major prenylated product (named compound-1) was detected and ultimately elucidated as ferulenol, in which information concerning the correct molecular formula, chemical structure, substructures, and classifications were obtained. The prenylated product (named compound-2) was also detected as the minor product, where this structure proposed to be the isomeric structure of ferulenol formed via the tautomerization. Note that both products were secreted into the culture medium of the recombinant E. coli and could be produced without the external supply of prenyl precursors. The results suggested the potential use of this engineered pathway for synthesizing the farnesylated-4HC derivatives, especially ferulenol. View Full-Text
Keywords: Escherichia coli; biotransformation; 4-hydroxycoumarin; ferulenol; structural annotation; in silico tools Escherichia coli; biotransformation; 4-hydroxycoumarin; ferulenol; structural annotation; in silico tools
►▼ Show Figures 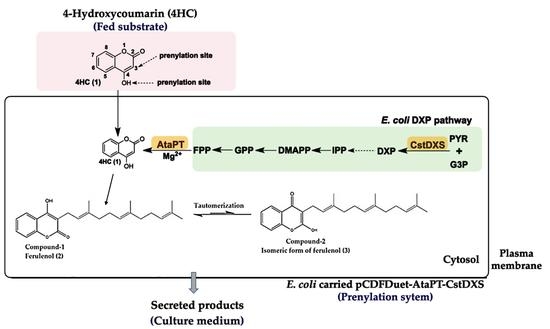