Recent Advances in bis-Chalcone-Based Photoinitiators of Polymerization: From Mechanistic Investigations to Applications
Next Article in Special Issue

Advanced Materials Based on Nanosized Hydroxyapatite

The development of new materials based on hydroxyapatite has undergone a great evolution in recent decades due to technological advances and development of computational techniques. The focus of this review is the various attempts to improve new hydroxyapatite-based materials. First, we comment on the most used processing routes, highlighting their advantages and disadvantages. We will now focus on other routes, less common due to their specificity and/or recent development. We also include a block dedicated to the impact of computational techniques in the development of these new systems, including: QSAR, DFT, Finite Elements of Machine Learning. In the following part we focus on the most innovative applications of these materials, ranging from medicine to new disciplines such as catalysis, environment, filtration, or energy. The review concludes with an outlook for possible new research directions.
Keywords: hydroxyapatite; tissue engineering; bones; porous materials; biomaterials; regenerative medicine hydroxyapatite; tissue engineering; bones; porous materials; biomaterials; regenerative medicine

The history of mankind is closely related to technological development. Depending on the most characteristic resources or tools, we have spoken of the stone age, bronze, iron, wood, coal, steel, petrol, and semiconductors. Nowadays, the confluence of techniques and methods from disciplines such as physics, chemistry, biology or engineering has given rise to what is known as materials science and within this discipline, and much more recently, what are known as smart materials have emerged, i.e., materials designed and manipulated to adapt and respond in a controlled manner to specific stimuli [1].
Traditionally, the development of materials has been based on the use of many elements and resources. Today, for the design of smart materials, many scientists have been inspired by the elegant solutions offered by nature. Natural materials, or biomaterials, consist of a small number of building blocks, which are therefore lighter and more abundant, to design a huge variety of structures. The key lies in a hierarchical structure, i.e., different levels of organization from basic units at the lowest level to much more complex ones at higher levels. In this way, using relatively few building blocks, a great variety of minerals, macromolecules, cells, organs and even persons have been created [2,3]. In this sense, hydroxyapatite (HAP) is an example of unity and duality, a substance that is both a mineral and a biological material. From the mineral point of view, it belongs to the apatites group, with general formula Ca5(PO4)3X, where, depending on the element X, they are classified as fluoropatite (F), chloropatite (Cl) and hydroxyapatite (OH). They generally crystallize within the hexagonal rhombic prism with space group P63/m and unit cell dimensions: a = 9.432 Å and c = 6.881 Å. The presence of crystalline calcium phosphate is what determines that it can crystallize into hydroxyapatite and betawhitlokite salts depending on factors such as Ca/P ratio, hydration state, impurities, and temperature. The color of the crystals can be neutral or vary from red to brown, due to iron oxide. HAP has a density of 3.16 gcm−3, a hardness of 5 Mohs, a melting point above 1500 °C and in nature it is found in sedimentary and metamorphic rocks. This mineral is one of the most exclusive minerals and therefore, it is not easy to find deposits anywhere in the world. From the biological point of view, hydroxyapatite and its precursors are present in different animal groups from corals or starfish to vertebrates, where it is the main inorganic constituent of bone tissues and dental enamel [4,5,6]. In living beings, it does not act alone. To fulfill its function, it works together with collagen, which is a fibrous protein of the connective tissues.
It is common to show graphs with the evolution of the number of papers published in a particular area. This type of representation does not reflect the weight that this area represents within the major scientific disciplines. In fact, as Larsen and von Ins showed, the number of publications between 1907 and 2007 has grown in all disciplines, due to the increased number of publications in all disciplines due to several factors discussed in their paper [7]. For this reason, in Figure 1, we show the number of papers where hydroxyapatite and biomaterials were employed during the last 30 years. Representing both key words, the weight of papers focused on hydroxyapatite remains intact despite the boom that the area of biomaterials has experienced in the last years [8].
In the field of biomaterials, HAP is classified as a bioactive material; that is, when it interacts with biological entities it can form interfacial bonds that, more precisely, manifest as chemical bonds between hydroxyapatite and the adjacent biological tissue. In fact, medical trials have underscored the biocompatible, bioactive, biostable and osteoconductive capabilities of hydroxyapatite [9]. It is precisely these properties that have made it one of the most widely used materials not only in those areas of medicine related to hard tissues such as: traumatology, maxillofacial or dentistry [10,11], but also in orbital implants [12]. Within these areas there it can be found either as a monolith, coatings or as one of the components of composites [13]. On the other hand, several recent studies have shown the versatility of this material, either in its pure state or combined with other elements in areas completely unrelated to tissue engineering such as: water purification, batteries, drug delivery, catalysis, ion exchange, and sensors [14,15].
Consequently, the aim of this review is to evaluate and offer a general overview about the current knowledge on hydroxyapatite based smart materials supplied by different approaches. In the compilation of this review an attempt has been made to give appropriate recognition to the current interest in most common and emergency applications, by discussing such aspects as newer systems, unusual approaches and highly used techniques including information about the physical principles and effectiveness of selected techniques (Scheme 1 depicts a flow diagram of the structure of this review). The development of nano-hydroxyapatite-based systems has raised certain misgivings; despite being chemically the same, their reduced dimensions mean that they can be easily absorbed by cells, creating adverse effects, such as cytotoxicity, induction of oxidative stress, apoptosis, and inflammatory responses. Therefore, part of this summary focuses on the evaluation of these systems. For this purpose, we have focused not only on the experimental point of view, but also in the computational one. The review is organized by techniques with the same format: beginning with a small introduction and a discussion of the specific approaches, applications and papers that are mainly based on it. It is almost impossible to cover all current techniques; therefore, we have chosen those more popular and accessible in most laboratories all over the world. Further, because of space limitations and the recent upsurge of interest in biotechnology and biomedical areas, the cited articles represent only a small fraction of the total number published in recent years.

4. Application of Modern Computational Methods in HAP Based Materials

In a review as comprehensive as the one presented here, a perspective on possible future developments seems timely. One might intuitively sense that the trend of the references in this review already gives the reader an idea of possible directions. The development of new hydroxyapatite-based smart materials often results in advanced materials with attractive morphological, mechanical, and biological properties and enhanced performance. In some cases, these new routes confer to scaffolds unique properties such as strength improvements, limitation of postoperative complications by improving range of motion or decreasing pain. From an experimental point of view, the choice of techniques is fundamental for the processing of materials in terms of performance, activity and even reducing time and economic costs and improving environmental sustainability. From a theoretical point of view, the formulation of a realistic model to describe the interactions between all the constituent elements, the experimental parameters and the functionality of the material is still to be developed. It is in this area that modeling can provide valuable insights in the near future. A greater interrelation between experimental and theoretical approaches is expected, which will undoubtedly generate a positive synergy. Thus, the use of HAP in customized tissue regeneration systems, biphasic coatings, smart drug delivery systems, purification, or energy, both on a personal and industrial scale are viable and very promising options in this area for the future.

Samples of the compounds are available from the authors. 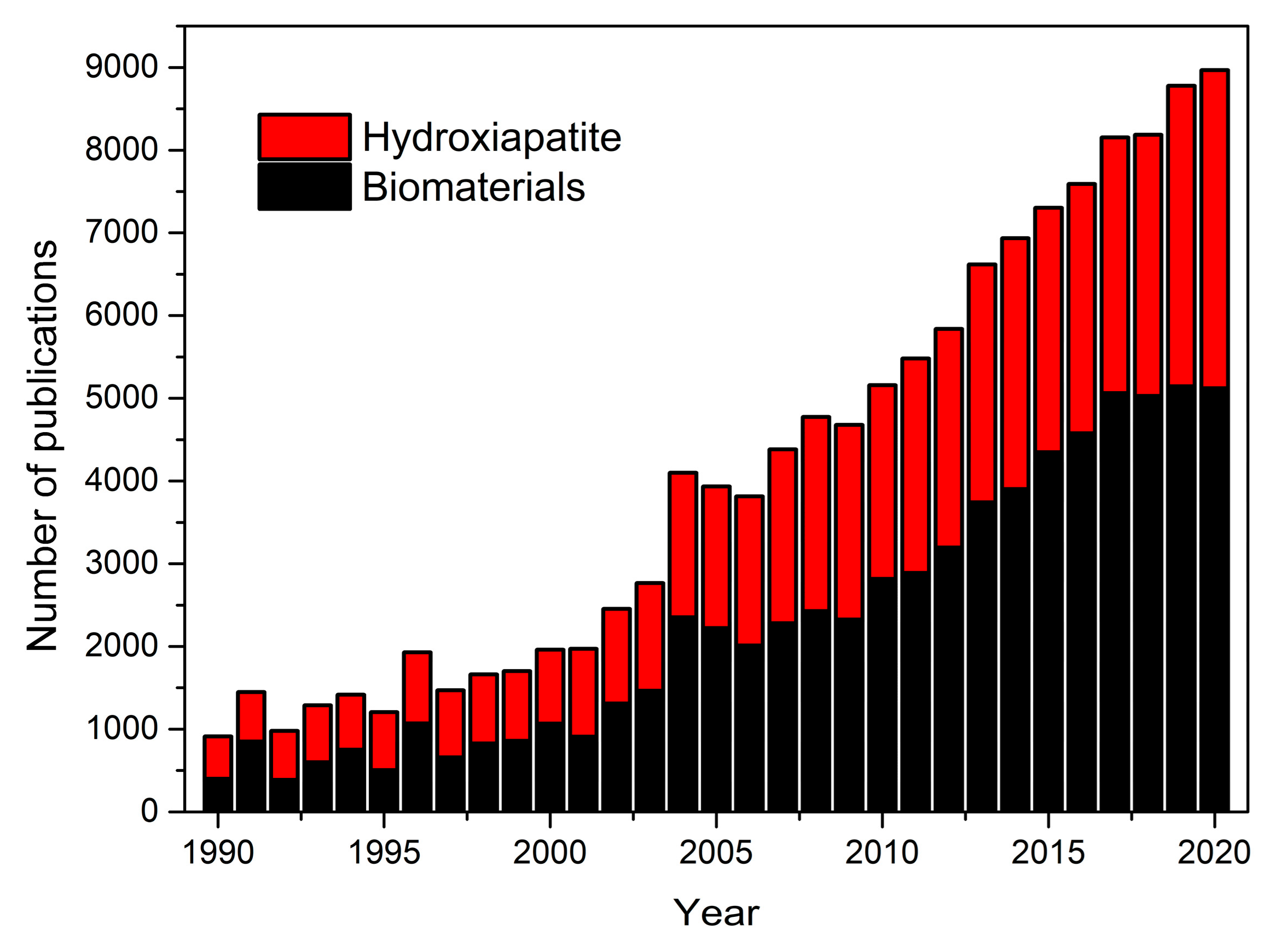 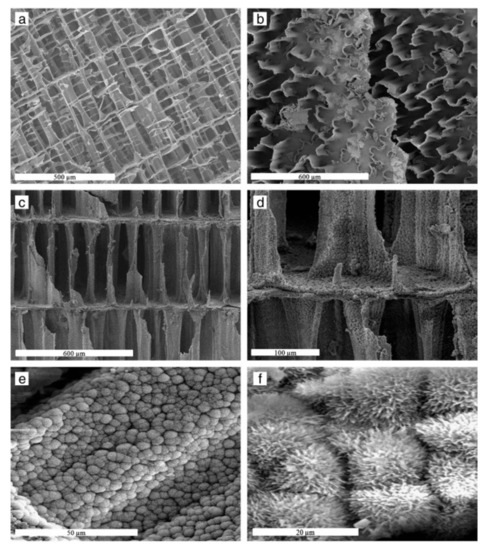 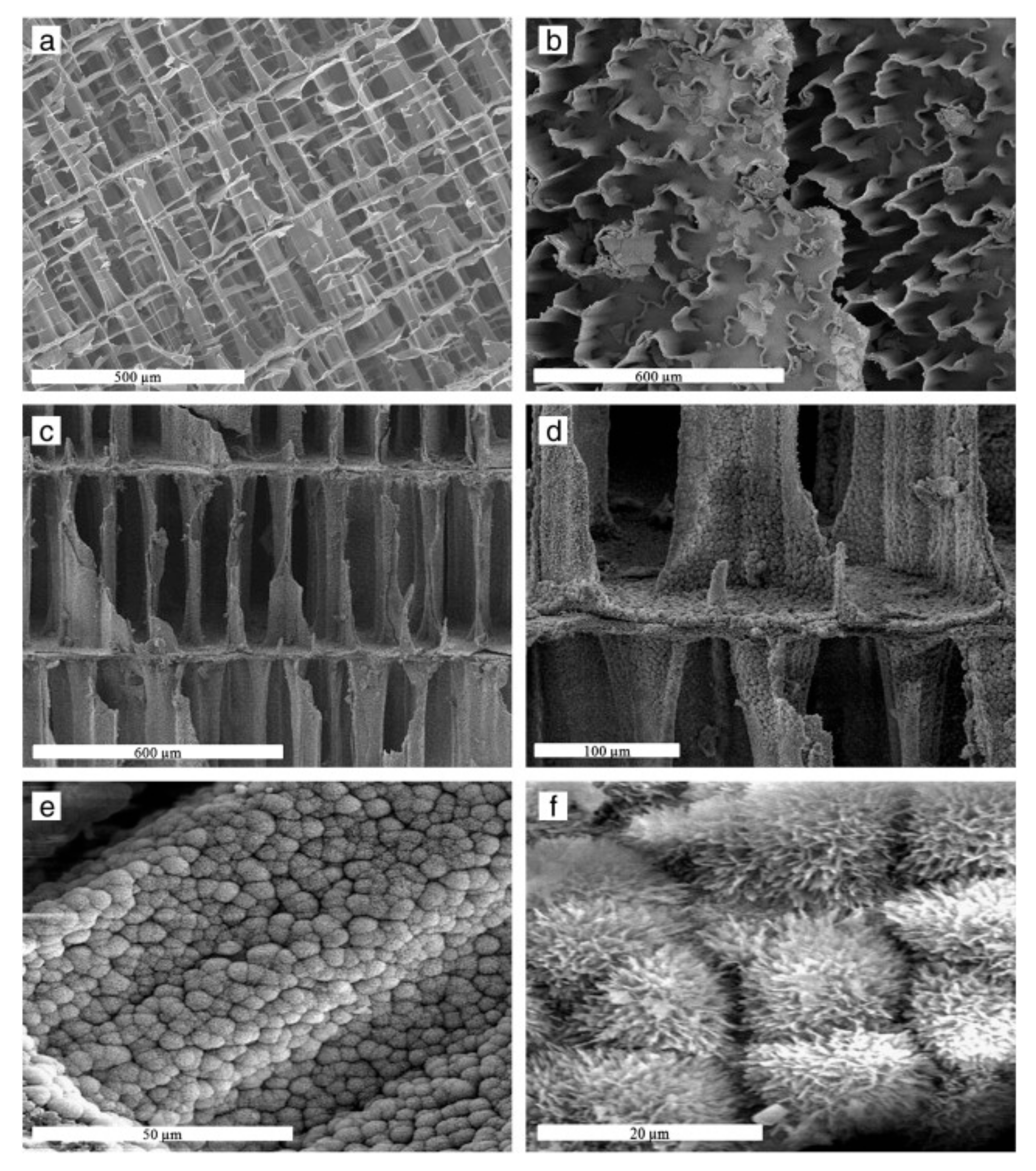 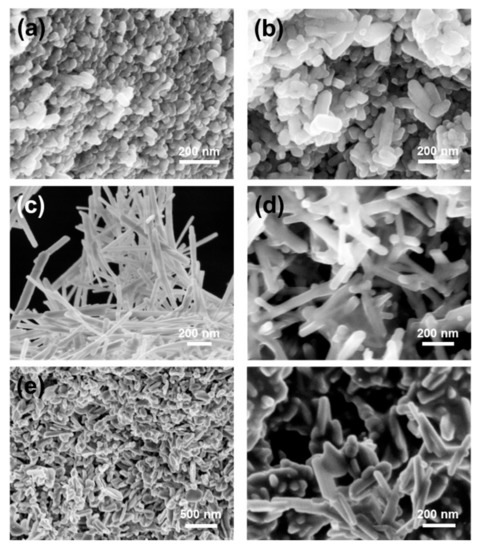 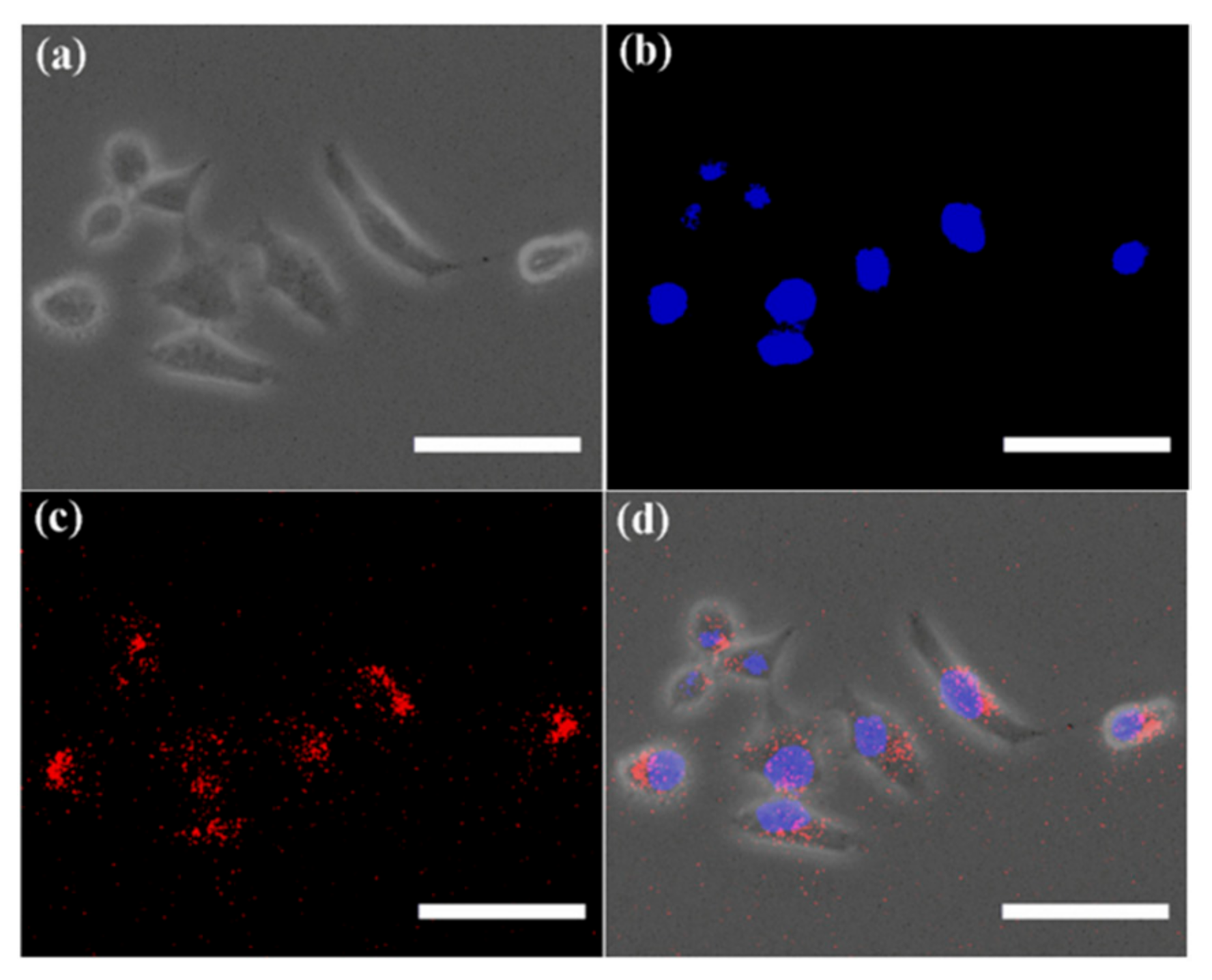 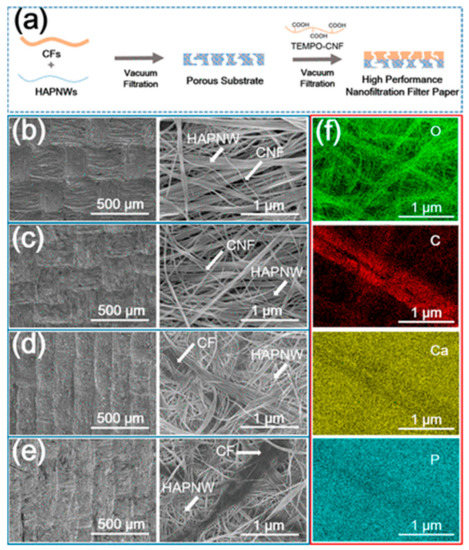