Bio-Based Nanoparticles as a Carrier of β-Carotene: Production, Characterisation and In Vitro Gastrointestinal Digestion
Next Article in Special Issue

Intranasal (i.n.) administration became an alternative strategy to bypass the blood–brain barrier and improve drug bioavailability in the brain. The main goal of this work was to preliminarily study the biodistribution of mixed amphiphilic mucoadhesive nanoparticles made of chitosan-g-poly(methyl methacrylate) and poly(vinyl alcohol)-g-poly(methyl methacrylate) and ionotropically crosslinked with sodium tripolyphosphate in the brain after intravenous (i.v.) and i.n. administration to Hsd:ICR mice. After i.v. administration, the highest nanoparticle accumulation was detected in the liver, among other peripheral organs. After i.n. administration of a 10-times smaller nanoparticle dose, the accumulation of the nanoparticles in off-target organs was much lower than after i.v. injection. In particular, the accumulation of the nanoparticles in the liver was 20 times lower than by i.v. When brains were analyzed separately, intravenously administered nanoparticles accumulated mainly in the “top” brain, reaching a maximum after 1 h. Conversely, in i.n. administration, nanoparticles were detected in the “bottom” brain and the head (maximum reached after 2 h) owing to their retention in the nasal mucosa and could serve as a reservoir from which the drug is released and transported to the brain over time. Overall, results indicate that i.n. nanoparticles reach similar brain bioavailability, though with a 10-fold smaller dose, and accumulate in off-target organs to a more limited extent and only after redistribution through the systemic circulation. At the same time, both administration routes seem to lead to differential accumulation in brain regions, and thus, they could be beneficial in the treatment of different medical conditions. View Full-Text
Keywords: central nervous system (CNS); blood–brain barrier (BBB); self-assembled polymeric nanoparticles; intranasal delivery; biodistribution central nervous system (CNS); blood–brain barrier (BBB); self-assembled polymeric nanoparticles; intranasal delivery; biodistribution
►▼ Show Figures 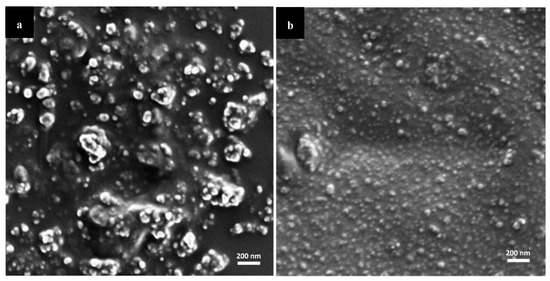