6-Arylimino-2-(2-(1-phenylethyl)naphthalen-1-yl)-iminopyridylmetal (Fe and Co) Complexes as Highly Active Precatalysts for Ethylene Polymerization: Influence of Metal and/or Substituents on the Active, Thermostable Performance of Their Complexes and Resultant Polyethylenes 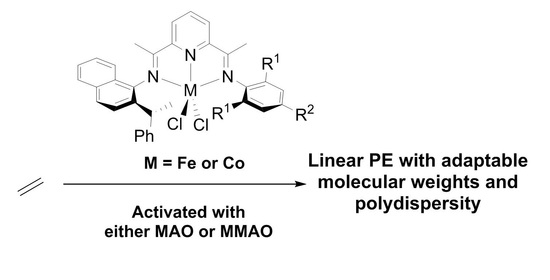