An artificial aging study of novel heat absorbers based on phase change materials (PCMs) prepared from recycled high-density polyethylene (HDPE), paraffin wax (PW), and expanded graphite (EG) was investigated. The optimal composition of PCMs contained 40 wt% HDPE, whereas the paraffin wax content ranged from 40 to 60 wt% and the expanded graphite content ranged from 5 to 15 wt%. PCMs were artificially aged through exposure to UV irradiation, enhanced temperature, and humidity. It was clearly demonstrated that the addition of EG to PCMs led to the suppression of PW leakage and improved the photooxidation stability of the PCMs during the aging process. The best performance was achieved by adding 15 wt% of EG to the PCMs. The sample shows a leakage of paraffin wax below 10%, retaining a melting enthalpy of PW within PCMs of 54.8 J/g, a thermal conductivity of 1.64 W/mK and the lowest photooxidation, characterized by an increase in the concentration of carbonyl groups from all investigated materials after artificial aging. Furthermore, PCMs mixed with EG exhibited good mechanical properties, even after 100 days of exposure to artificial aging. Finally, this work demonstrates a justification for the use of recycled plastics in the formation of PCMs. View Full-Text
Keywords: phase change materials; paraffin wax; expanded graphite; artificial aging; leakage; thermal conductivity phase change materials; paraffin wax; expanded graphite; artificial aging; leakage; thermal conductivity
►▼ Show Figures 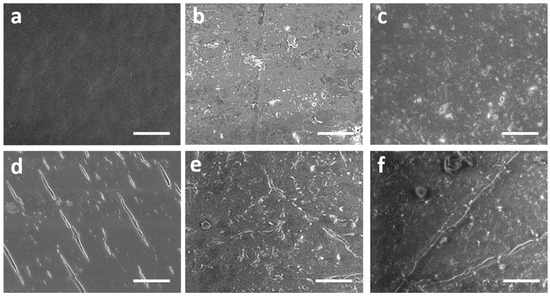