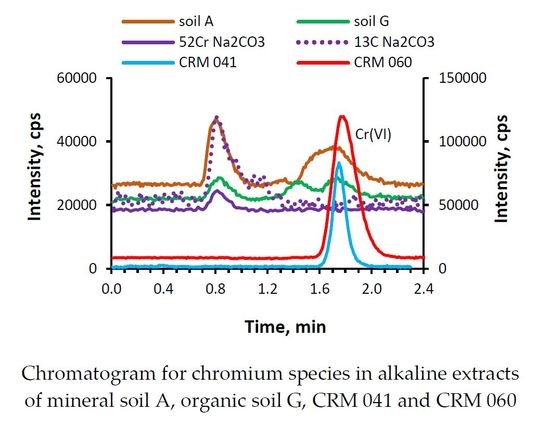 Leśniewska, B.; Godlewska-Żyłkiewicz, B. Speciation of Chromium in Alkaline Soil Extracts by an Ion-Pair Reversed Phase HPLC-ICP MS Method. Molecules 2019, 24, 1172.


Leśniewska B, Godlewska-Żyłkiewicz B. Speciation of Chromium in Alkaline Soil Extracts by an Ion-Pair Reversed Phase HPLC-ICP MS Method. Molecules. 2019; 24(6):1172.