:
Researchers are continuing to discover all the properties of propolis due to its complex composition and associated broad spectrum of activities. This review aims to characterize the latest scientific reports in the field of antibacterial activity of this substance. The results of studies on the influence of propolis on more than 600 bacterial strains were analyzed. The greater activity of propolis against Gram-positive bacteria than Gram-negative was confirmed. Moreover, the antimicrobial activity of propolis from different regions of the world was compared. As a result, high activity of propolis from the Middle East was found in relation to both, Gram-positive (Staphylococcus aureus) and Gram-negative (Escherichia coli) strains. Simultaneously, the lowest activity was demonstrated for propolis samples from Germany, Ireland and Korea.
Keywords:
propolis; bee product; antibacterial; Staphylococcus aureus; Escherichia coli; polyphenols; terpenoids

Propolis is a mixture of substances used by bees to defend the hive. This protection concerns filling cavities in the walls of the hive, reducing the entrance during cold days, and also mummifying the demanded intruders, thus preventing their decay [1]. This explains why propolis is also known as bee glue [2]. The word, propolis, is Greek in origin and means at the entrance to the city [3,4]. Discussions on the origin of propolis have been continuing since ancient times. Doubts have arisen about whether its origin comes from plants or bees. Nowadays, with the development of analytical techniques, the approximate composition of propolis and the factors influencing it are known [1].
Bees collect resins from buds, exudates and other parts of plants, mix them with their own salivary enzymes and beeswax which creates propolis [5,6]. The different continents, regions and plant species used to produce propolis make its composition different from each other. Even though propolis has a different chemical composition, it has similar activities such as antibacterial, antifungal, antiviral, antiparasitic, anti-inflammatory, antiproliferative and antioxidant [7,8,9,10].
In Central Europe, including Poland, bees collect secretion from buds of poplar (Populus spp.), alder (Alnus spp.). Different poplar species are also a source of resin in other European countries, i.e., Bulgaria, Hungary, Albania and England as well as in temperate zone countries (USA, Mongolia, West Asia and North Africa). Birch (Betula spp.) is a source of propolis in Northern Europe, e.g., North-European part of Russia. Bees produce propolis also from buds of willow (Salix spp.), oak (Quercus spp.), ash (Fraxinus spp.), chestnut tree (Aesculus spp.) and bark from coniferous trees, such as spruce (Picea spp.), fir (Abies spp.) or pine (Pinus spp.). In tropical countries, bees use the secretions of such plants as Xanthorrhoea (Australia), Acacia (North Africa), Plumeria (Hawaii), Clusia (Central America) and Baccharis, Araucaria, Eucalyptus (Brazil) [1,2,11,12,13].
Brazil is the leading country in research on products of bees, including propolis [14]. In Brazil, many types of propolis are distinguished because of their botanical origin. In this climate, bees collect propolis throughout the year. Bueno-Silva et al., in their study, analyzed one of the most common type of Brazilian propolis, referred to as red and whose primary plant source is Dalbergia ecastophyllum. The effect of the time of the collection of propolis, its chemical composition and antibacterial activity was examined. Seasonal variability between the concentration of vestitol, neovestitol and isoliquiritigenin was observed. The highest content of these ingredients and antibacterial activity was recorded during the rainy season (the period from January to May) [15].
Another type of propolis comes from stingless bees (e.g., Melipona mondury, M. scutellaris) and it is called geopropolis. It is very similar to propolis produced by bees belonging to Apis spp. in both composition and biological activity [16,17]. Torres et al. in their study compared two ethanolic extracts of propolis (EEP) collected from a stingless species of bees, Melipona quadrifasciata and Tetragonisca angustula. The study showed the more significant activity of geopropolis extracts against Gram-positive bacteria (Staphylococcus aureus MSSA and MRSA, Enterococcus faecalis) than Gram-negative (Klebsiella pneumoniae, Escherichia coli). From the two geopropolis which were analyzed, the Melipona species was more effective [18].
Raw propolis cannot be used directly in analysis or treatment. First, it must be extracted in order to dissolve and release the most active ingredients. The following solvents are used as the extractants: ethanol, methanol, water, hexane, acetone, dichloromethane and chloroform. Extracts contain approximately 70% concentration of propolis [19,20]. In terms of antibacterial activity, the content of substances such as flavonoids and phenolic compounds is important [21,22,23]. However, depending on the solvent used, different biological activity is found. Devequi-Nunes et al. found approximately two times higher concentrations of phenolic compounds in ethanolic extracts of brown, green and red propolis than in extracts obtained by supercritical extraction. At the same time, the levels of flavonoids were higher in ethanolic extracts of green and red propolis and lower in brown propolis, compared to supercritical extraction [24]. Wieczyńska et al. in their studies found a stronger antimicrobial activity of ethanolic extracts from Polish propolis than hexane extracts [25].
The aim of this review is to show the main active substances of propolis and antibacterial activity of this bee product.

The chemical composition of propolis is closely related to the resins and balsams of plant sources used to produce it. Along with the progress of research, more than 300 chemical components of propolis have been identified. The main groups of chemical compounds found to be present in propolis except resins are waxes, polyphenols (phenolic acids, flavonoids) and terpenoids (Figure 1).
Polyphenols and terpenoids are also considered to be the most active [26]. The flavonoid group includes chrysin, pinocembrin, apigenin, galangin, kaempferol, quercetin, tectochrysin, pinostrobin and others (Figure 2). Another critical group of compounds of propolis are aromatic acids, among which the most often occur in ferulic, cinnamic, caffeic, benzoic, salicylic and p-cumaric acids (Figure 3) [27,28,29]. In Polish propolis, the content of flavonoid compounds ranged from 6.2 to 18.8%. Among the flavonoids, the highest amounts were pinocembrin (mean 4.7%), pinobenchin (mean 3.1%), galangin (mean 2.2%) and chrysin (mean 2.1%) [27]. In addition, propolis also includes other phenolic compounds (e.g., artepillin C), and terpenes (terpineol, camphor, geraniol, nerol, farnesol) which are responsible for its characteristic fragrance (Figure 4). In propolis, micro and macroelements (Mn, Fe, Si, Mg, Zn, Se, Ca, K, Na, Cu) and vitamins B1, B2, B6, C and E can be found [1,2,28,29,30,31,32]. This diversity of the chemical composition gives propolis an additional advantage as an antibacterial agent. The combination of many active ingredients and their presence in various proportions prevents the bacterial resistance from occurring [33].

The minimal inhibitory concentration (MIC) is the lowest concentration of an antimicrobial agent in which no growth was observed of a microorganism in an agar or broth dilution susceptibility test [69]. This study included scientific publications specifying the MIC for extracts of propolis using the broth dilution method. The MIC is expressed in micrograms per milliliter [µg/mL].
The analysis of the literature completed for this review included a total of approximately 600 propolis MIC values for different groups of microorganisms. In order to visualize the collected results in the form of arithmetic mean values, microorganisms of less than 3 MIC values were excluded from the analysis. These were Actinomyces naeslundii (1 record) [16], B. cereus (1) [70], Bifidobacterium bifidum (1), B. infantis (2), B. longum (1), Clostridium butyricum (2), C. paraputrificum (1), C. perfringens (1) [71], L. monocytogenes (2), and P. gingivalis (1) [36].
The ethanol extract of propolis (EEP) was most commonly used in the analyzes, i.e., in 324 records. Methanol (MeEP) was used as the extractant at a similar frequency (209 records). The non-alcoholic extracts are much less frequently analyzed. In such cases, the solvents were water (WEP) in 19 records, dimethyl sulfoxide (DMSO) in 12 records, dichloromethane (DCM) in 10 records, and hexane and supercritical fluid (SCEP) in six records.
The antibacterial activity of propolis is most often tested on E. coli, S. aureus, Salmonella spp. and P. aeruginosa. The ten most frequently analyzed bacteria are shown in Figure 6.
The analysis of the average MIC values for propolis extracts confirmed their higher efficacy against Gram-positive than Gram-negative bacteria. The MIC values for EEP were 117–1840 µg/mL for the first group and 34–5000 µg/mL for the second group of bacteria. All data are shown in Table 1 for Gram-positive bacteria and Table 2 for Gram-negative bacteria.
It is best to compare the effect of propolis (EEP) on the basis of geographical origin for S. aureus as a representative of Gram-positive bacteria and E. coli representing Gram-negative strains. This is the largest number of available tests on the listed species.
In S. aureus, the highest activity was observed for EEP from Turkey, Taiwan and Oman with MIC values of 8, 10 and 81 µg/mL, respectively. The lowest activity was observed for samples of propolis from Chile, Australia and Germany. The MIC values for EEP were 1445, 1200 and 750 µg/mL, respectively. Against E. coli, the most active were ethanol extracts of propolis obtained from Turkey, Oman and Slovakia, with MICs of 116, 302 and 510 µg/mL, respectively. At the end, with the lowest activity, there were propolis samples from Germany, Korea and Ireland with MIC values between 1200–5000 µg/mL. Interestingly, Brazil, despite having the largest amount of research on propolis, was in the middle for both Gram-positive and Gram-negative bacteria. The results for all analyzed bacterial species are presented in Table 3 and Table 4.
The most active in both cases were samples of propolis collected in Turkey and Oman. Both countries can be included in the Middle East countries, famous for the trade in fragrances. The same plants are probably a source for bees for the production of propolis. It would also be interesting to analyze the impact of the degree of urbanization of the country on the quality and biological activity of propolis. However, research on this topic is unavailable.

Propolis is a significant antimicrobial bee product. It acts both against Gram-positive and Gram-negative, as well as aerobic and anaerobic bacteria. The activity of propolis depends on chemical composition and is different in individual countries. 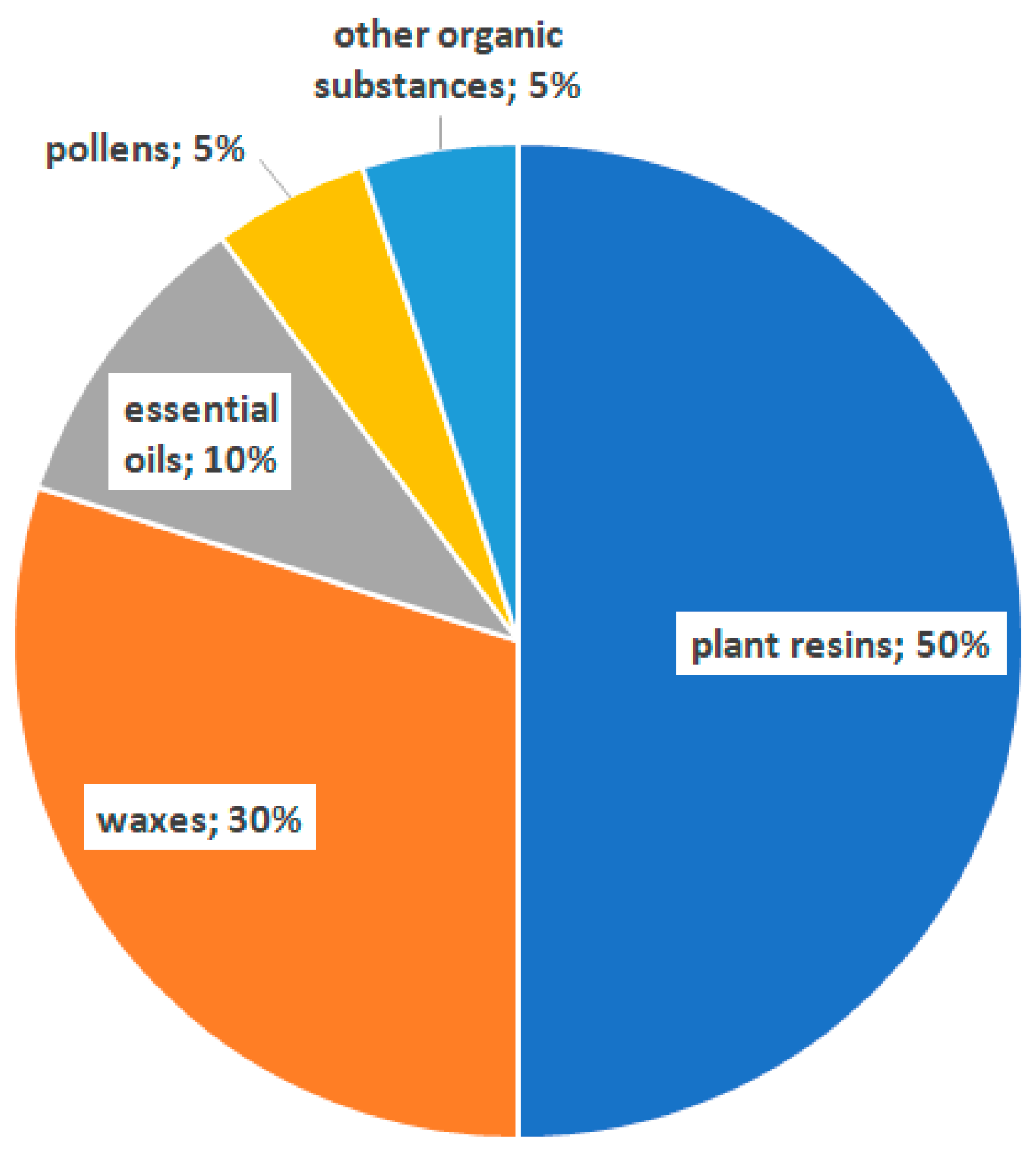 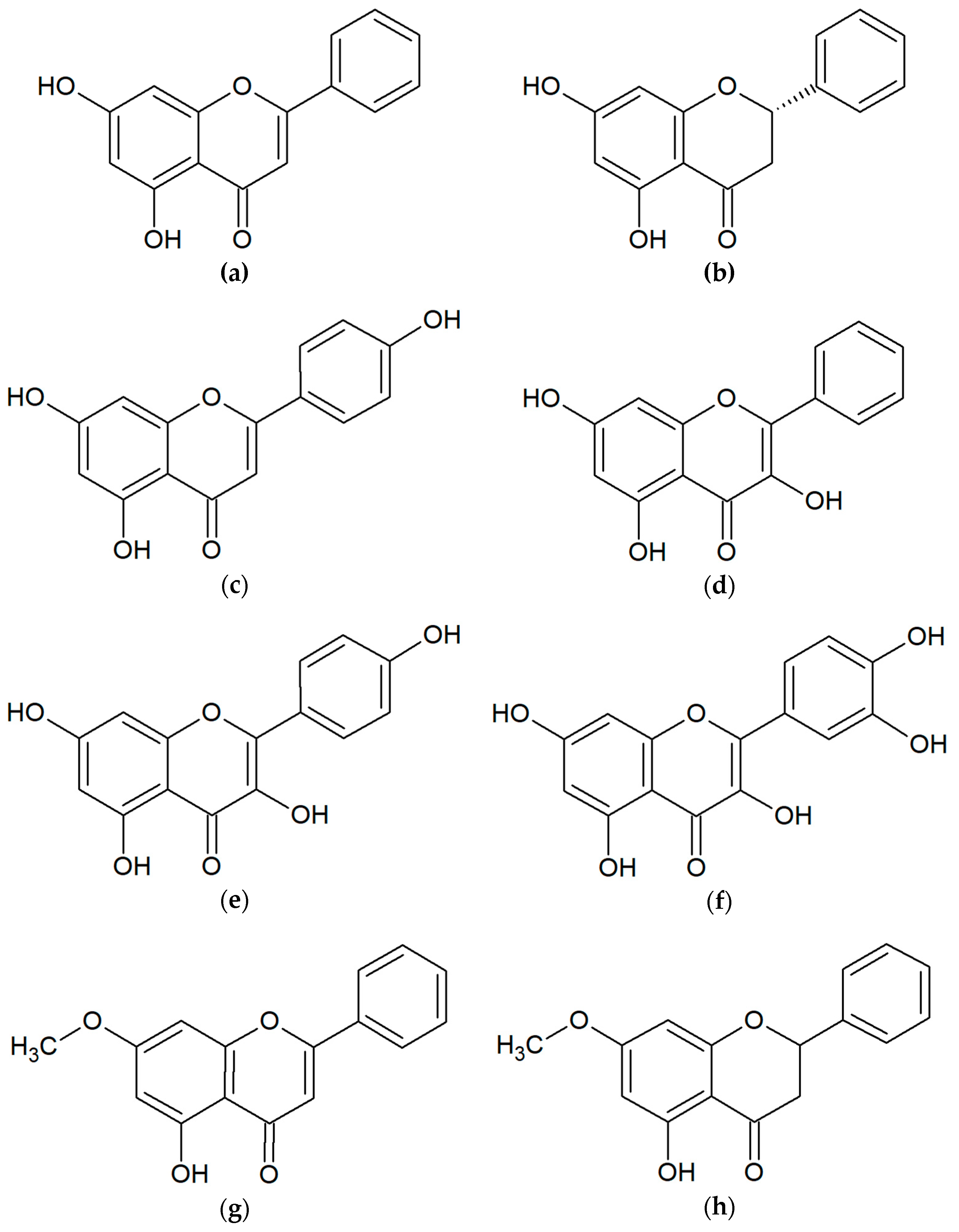 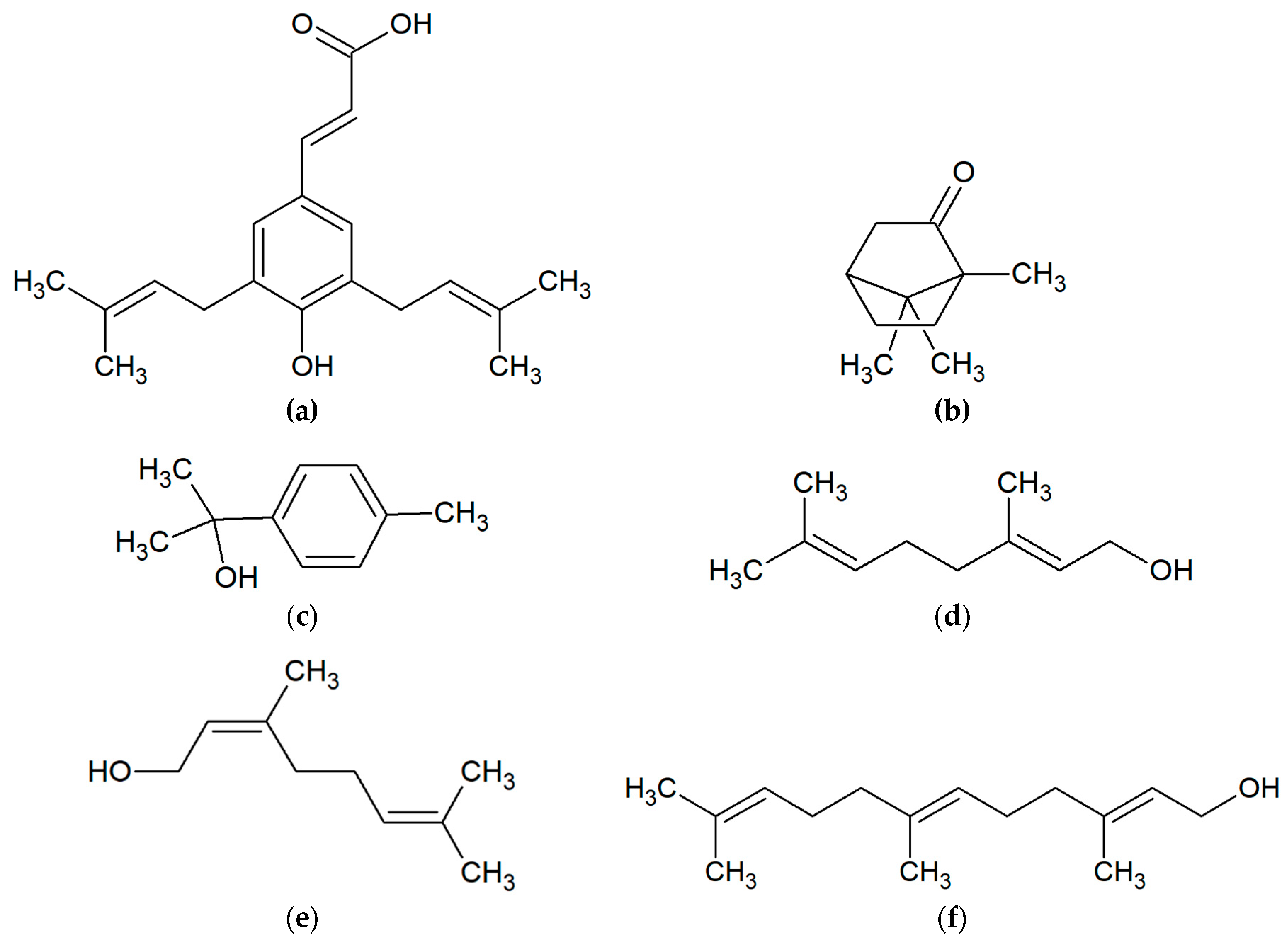 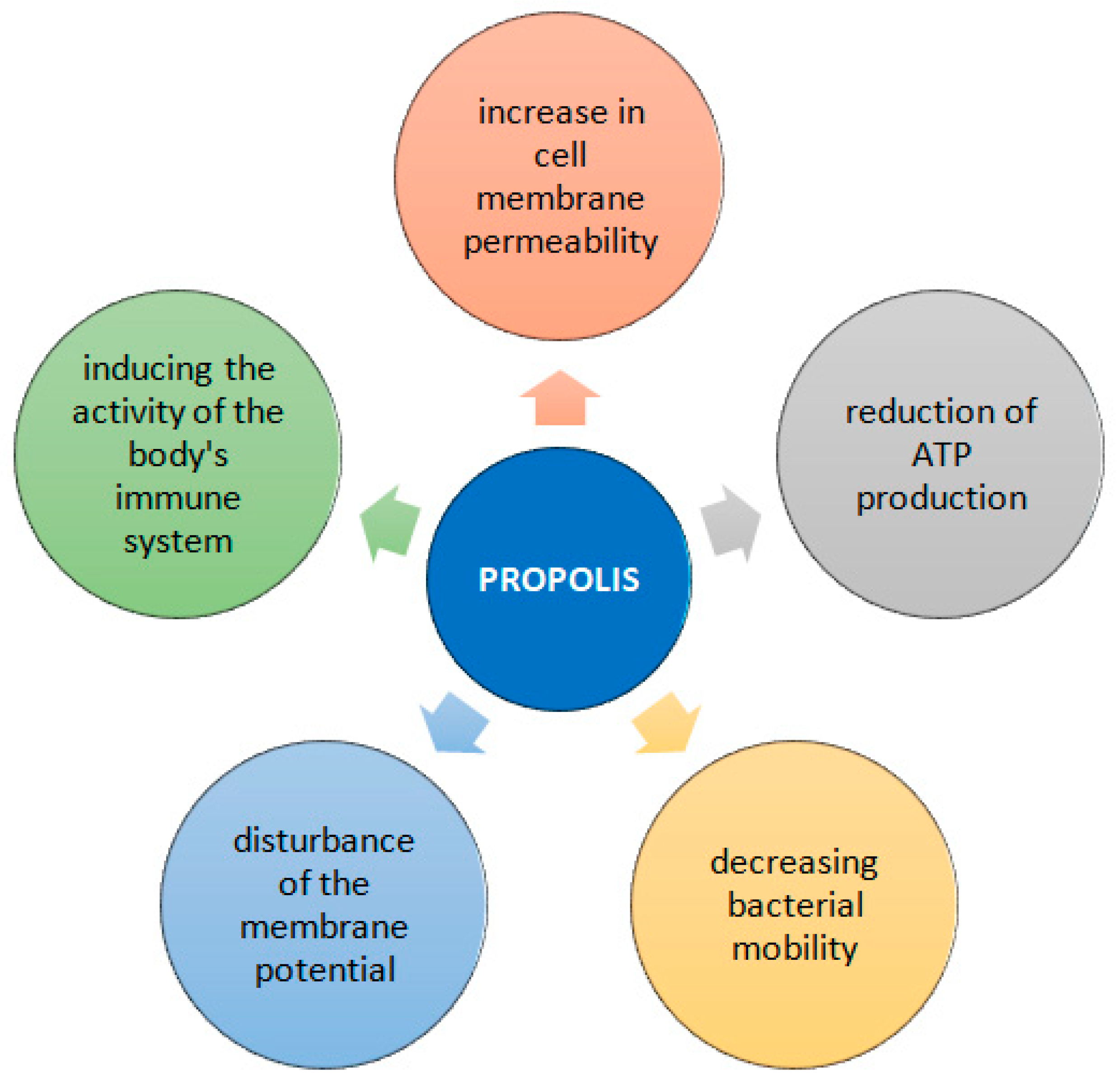