Ponasterone A and F, Ecdysteroids from the Arctic Bryozoan Alcyonidium gelatinosum
Next Article in Special Issue

Despite abundant published research on the volatile characterization of mango germplasm, the aroma differentiation of Chinese cultivars remains unclear. Using headspace solid phase microextraction (HS-SPME) coupled with gas chromatography–mass spectrometry (GC-MS), the composition and relative content of volatiles in 37 cultivars representing the diversity of Chinese mango germplasm were investigated. Results indicated that there are distinct differences in the components and content of volatile compounds among and within cultivars. In total, 114 volatile compounds, including 23 monoterpenes, 16 sesquiterpenes, 29 non-terpene hydrocarbons, 25 esters, 11 aldehydes, five alcohols and five ketones, were identified. The total volatile content among cultivars ranged from 211 to 26,022 μg/kg fresh weight (FW), with 123-fold variation. Terpene compounds were the basic background volatiles, and 34 cultivars exhibited abundant monoterpenes. On the basis of hierarchical cluster analysis (HCA) and principal component analysis (PCA), terpinolene and α-pinene were important components constituting the aroma of Chinese mango cultivars. Most obviously, a number of mango cultivars with high content of various aroma components were observed, and they can serve as potential germplasms for both breeding and direct use. View Full-Text
Keywords: mango germplasm; volatile compound; HS-SPME-GC-MS; multivariate analysis mango germplasm; volatile compound; HS-SPME-GC-MS; multivariate analysis
►▼ Show Figures 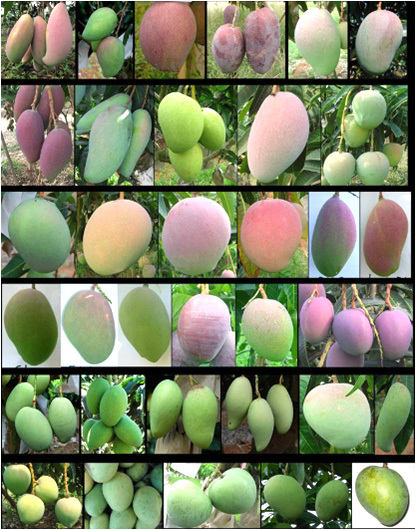