Dissipation and Migration of Pyrethroids in Auricularia polytricha Mont. from Cultivation to Postharvest Processing and Dietary Risk
Next Article in Special Issue

Occurrence of Functional Molecules in the Flowers of Tea (Camellia sinensis) Plants: Evidence for a Second Resource 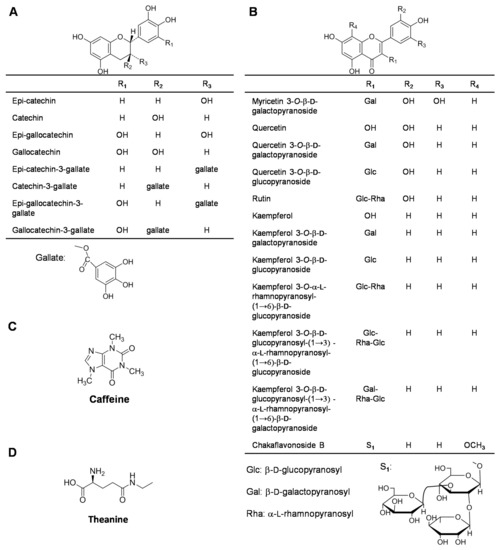