Volatile Terpenes and Terpenoids from Workers and Queens of Monomorium chinense (Hymenoptera: Formicidae)

:
Samples from three different mating stages (before, during and after mating) of the Mediterranean fruit fly Ceratitis capitata were used in this experiment. Samples obtained from whole insects were subjected to extraction with the two mixtures of solvents (acetonitrile/water (A) and methanol/acetonitrile/water (B)) and a comparative study of the extractions using the different solvents was performed. Direct immersion-solid phase microextraction (DI-SPME) was employed, followed by gas chromatographic-mass spectrometry analyses (GC/MS) for the collection, separation and identification of compounds. The method was validated by testing its sensitivity, linearity and reproducibility. The main compounds identified in the three different mating stages were ethyl glycolate, α-farnesene, decanoic acid octyl ester, 2,6,10,15-tetramethylheptadecane, 11-tricosene, 9,12-(Z,Z)-octadecadienoic acid, methyl stearate, 9-(Z)-tricosene, 9,11-didehydro-lumisterol acetate; 1,54-dibromotetrapentacontane, 9-(Z)-hexadecenoic acid hexadecyl ester, 9-(E)-octadecenoic acid and 9-(Z)-hexadecenoic acid octadecyl ester. The novel findings indicated that compound compositions were not significantly different before and during mating. However, new chemical compounds were generated after mating, such as 1-iodododecane, 9-(Z)-tricosene and 11,13-dimethyl-12-tetradecen-1-acetate which were extracted with both (A) and (B) and dodecanoic acid, (Z)-oleic acid, octadecanoic acid and hentriacontane which were extracted with (A) and ethyl glycolate, 9-hexadecenoic acid hexadecyl ester, palmitoleic acid and 9-(E)-octadecenoic acid, which were extracted with solvent (B). This study has demonstrated that DI-SPME is useful in quantitative insect metabolomics by determining changes in the metabolic compounds in response to mating periods. DI-SPME chemical extraction technology might offer analysis of metabolites that could potentially enhance our understanding on the evolution of the medfly.
Keywords:
DI-SPME; GC-MS; Mediterranean fruit fly; extraction solvent; metabolites

The developed analytical methods for the analysis of volatile and non-volatile compounds are increasingly being used as tools for the study of plant chemistry and the evolution of insect–plant interactions [1]. The development of sample preparation and extraction methodologies is one of the main challenges for metabolism studies [2] and has an enormous impact on the quality of the data. Biological samples should be unbiased and nonselective [3]. Solid-phase microextraction (SPME) has been used for rapid sample preparation and provides an efficient method to detect chemicals in detection and separation systems [3,4]. The extraction of samples can be performed using two methods. In the first method, headspace SPME (HS-SPME), the polymeric film is exposed to the gas phase that adsorbs the volatiles in the headspace of the liquid, gas or gaseous samples. The second method is direct immersion (DI-SPME), in which the fiber is directly immersed in a small volume of the liquid-extracted sample [5,6,7]. After the sample matrix and SPME coating achieves equilibrium, the extracted SPME is inserted into a gas chromatograph-mass spectrometer (GC-MS) for thermal desorption or into a desorption solvent for coupling with liquid chromatography (LC-MS) [8]. In addition, SPME has been used on environmental samples for the extraction of volatile organic compounds and has been a focus of interest in analytical biology, as well as pharmaceutical and food studies [4]. Some of the compounds function as species-specific signals, i.e., pheromones that provide intraspecific information [9]. Several studies have investigated the volatile pheromonal emissions released by the medfly as a potential source for an effective virgin female attractant. This would be useful such as an attractant might also find use in female annihilation programs and in mating disruption studies. The mating behavior of the mature male medfly, is also associated with the release of pheromonal volatiles attractive to the female fly [10]. Studies further describe this calling process and suggested that several abdominal glands present in the males were involved in production and released of the pheromone mixture [11,12]. A more extensive list of the biological activity of medfly including (f)-2-hexenoic acid, linalool, geranyl acetate, 2,3- and 2,5-dimethylpyrazines was reported by Jang et al. [12] and identification by Heath et al. [13]. Also, Baker et al. [14] have monitored the release of three of the major male medfly emission components which are ethyl (f)-3-hexenoate, geranyl acetate, and α-farnesene. In fruit flies, long-chain hydrocarbons on the adult fly cuticle are perceived by other flies over a short distance. Several studies have investigated the role of these compounds in chemical communication in the fruit fly [15]. Recently, SPME has been combined with capillary electrophoresis and liquid chromatography, and used for various biological samples, e.g., plasma and urine [16].
The development of analytical technology with powerful quantitative and qualitative capabilities, as well as high specificity, is required for the study of metabolic samples. This study investigates the feasibility of using DI-SPME high-resolution metabolism for profiling of fruit fly tissues at different stages of adulthood. Headspace-SPME (HS-SMPE) has been reported to be selective for volatile analyses, and is highly sensitive to volatile chemicals [17,18,19]. This approach enables SPME to identify substances with poor chromatographic behavior, thermal instability, or high reactivity [20]. Here, to ensure a high degree of sensitivity and chemical specificity, SPME with a GC-MS was used to capture metabolites [21]. The potential uses of DI-SPME for extracted insect samples were tested using statistical analysis to detect changes in the extraction samples before, during and after mating. The growth of metabolic and chemical analyses involving these low-dimensional score plots necessitates the use of quantitative statistical measures to describe significant differences between experimental groups such as PCA/PLS-DA score plots [22]. The PLS-DA is the first application of multivariate statistical methods for classification by ambient ionization but these methods have been applied previously to other MS imaging methods [23]. Principal component analysis has been used successfully as a multivariate statistical process control tool for detecting differences in processes with highly correlated variables [24]. Finally, DI-SPME was used in response to the need for the acquisition of representative metabolism data and for a better understanding of the encountered effects of extract samples.

A medfly colony was obtained from the Department of Primary Industries and Regional Development (DPIRD), and flies were reared in the Post-harvest Biosecurity and Food Safety Laboratory at Murdoch University (Perth, Western Australia). All the flies were reared under the following conditions: temperature = 23 ± 2 °C, relative humidity = 75 ± 5%, and light: dark cycle = 12:12-h [48]. Adults were placed in screen cages (40 cm cubes), each containing medfly food made from crystaline sugar (Bidvest, Sydney, Australia) and yeast hydrolysate (Australian Biosearch, Sydney, Australia) at a ratio of 4:1, and 50 mL water. Approximately 10–12 days after adult emergence from pupae and mating, eggs were collected each day. These were deposited on a mesh side of the cage and fell into a water tray kept adjacent to the cage.

SPME fiber 50/30 μm with Carboxen/DVB/PDMS (Sigma-Aldrich, Bellefonte, PA, USA) coating was inserted into extracted samples. SPME in the samples was conditioned at room temperature (25 ± 5 °C) for 16 h with a sampling depth of 3 cm. The DI-SPME extraction was carried out by immersing the fiber (length: 1.3 cm) into the extracted solution. After extraction for 16 h sealing time, the fiber was withdrawn into the needle, removed from the vial and immediately introduced into the GC injector port for thermal desorption. Samples in triplicate were used for extraction. For sample preparation, adult medflies (0.05 g) were taken before, during and after mating stages. Insects were grinded using tissuelyser at 270 rpm for 2 min. Two extraction solvents, acetonitrile/water (1:1) and methanol/acetonitrile/water (2:2:1) (CAS: 67-56-1, UN1230, Thermo Fisher Scientific, Perth, Australia), were used to extract the samples. Extraction solvent (1 mL) was added to the samples, and centrifuged at 2000 rpm for 5 min. The extraction samples were transferred to a 2 mL analytical vial. SPME was inserted directly into the vial for 16 h at room temperature. Then, the DI-SPME was analyzed using a GC-MS for 15 min desorption time. The samples were analyzed in biological triplicates.

To observe the impact of observations, principal component analysis (PCA) with the correlation matrix method was used for statistical analysis using the online MetaboAnalyst 3.0 (2017) (Bellevue, Quebec, USA) tool, a comprehensive online tool for metabolomics analysis and interpretation. PCA was used to transfer the original data onto new axes where principal components corresponded to significant information represented by the original data. Three principal components are chosen from the result of PCA and sPLS-DA analysis based on Xia and Wishart [49]. The plots classifier was used to integrate the two components obtained from PCA and produce a segmented image. Since the heatmap centers were chosen randomly in the original means and the obtained results can be different for every run of the algorithm, the overall classification accuracies were averaged over different data.

In this study, two DI-SPME extraction solvents for were used at three different stages of the medfly adult life. The first extraction solvent was acetonitrile/water, and the second solvent was methanol/acetonitrile/water. Samples were collected before, during and after mating. This study compared these extraction solvents based on the metabolites extracted. The GC-MS analytical data showed a wide spectrum of compounds and DI-SPME sampling was developed to identify these compounds from medfly extracts. These results indicate that DI-SPME coupled with the GC-MS could be performed successfully on medfly extracts. Using DI-SPME with GC analysis of extracts, high sensitivity and good repeatability were obtained. This work is an example of the application of DI-SPME-GC in the analysis of complex samples and provides a way in which to prepare the samples of SPME coatings. Further development of DI-SPME is promising, and may provide an efficient extraction technique for biological samples. 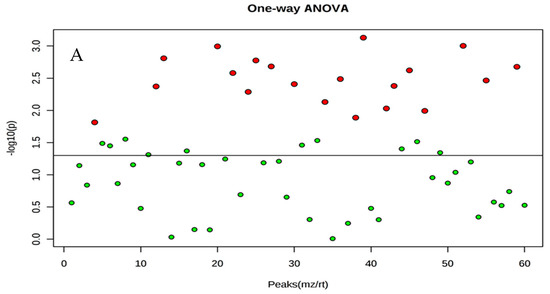 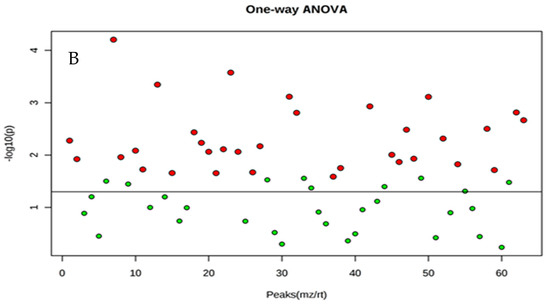 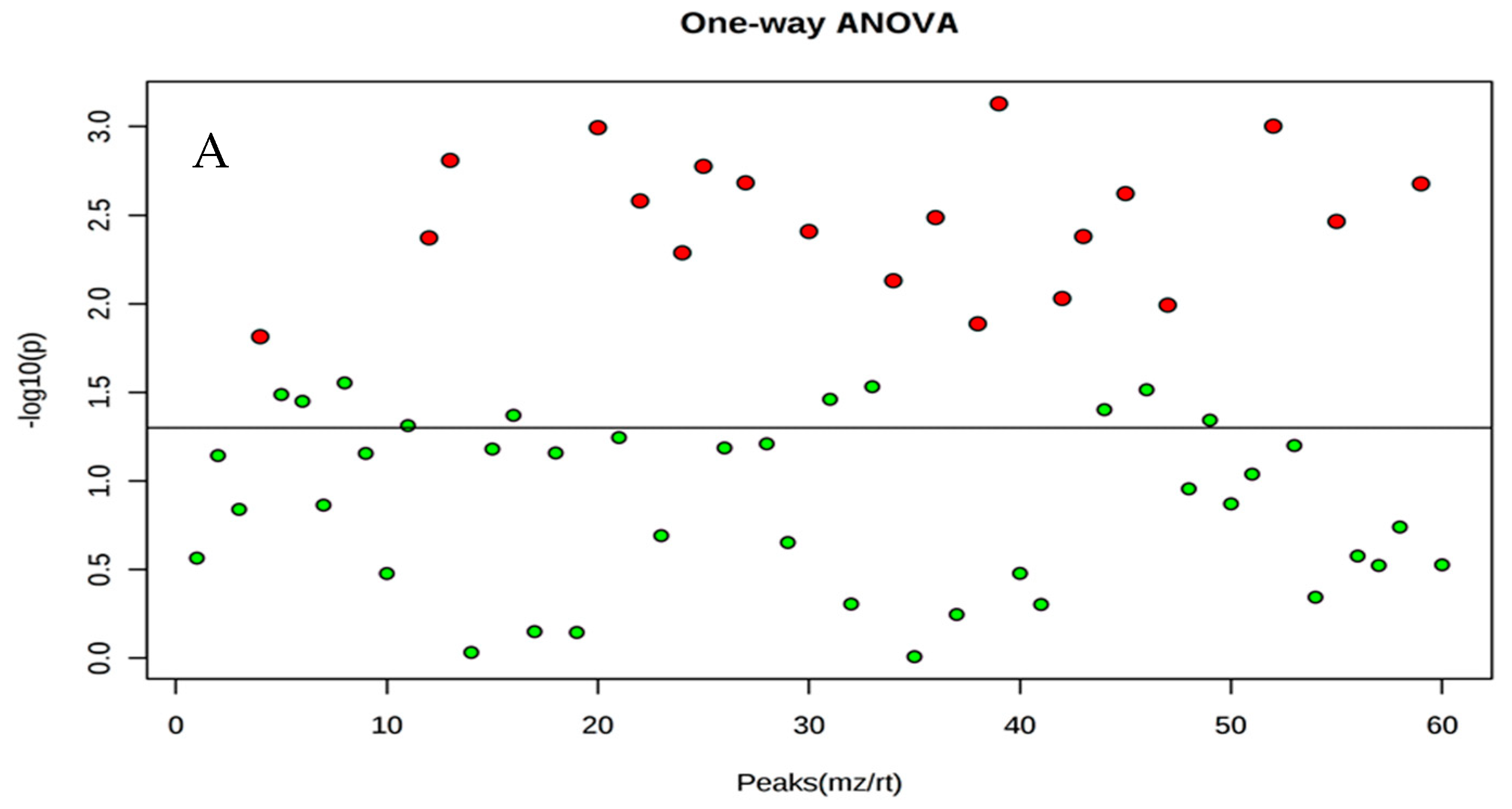 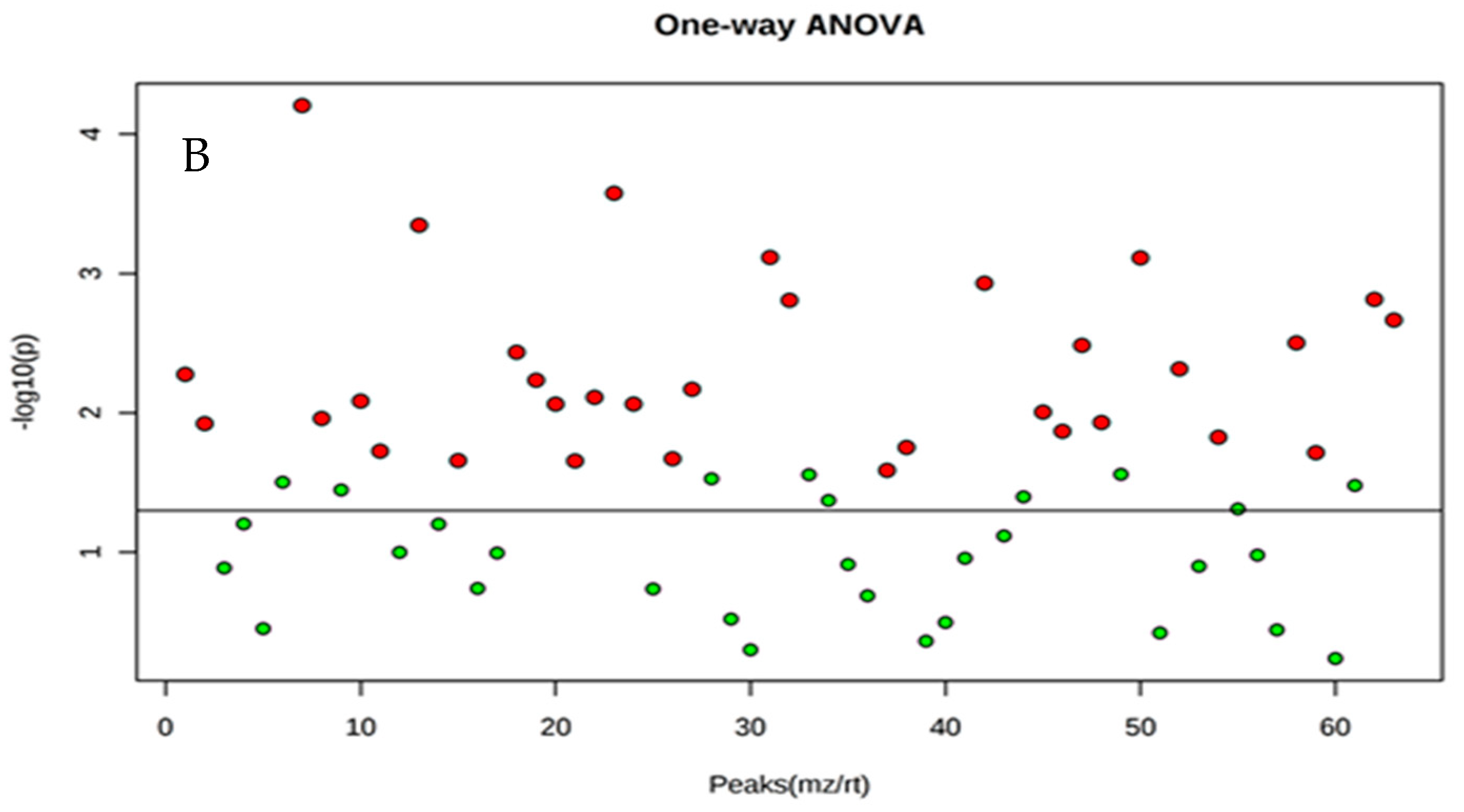