Regioselectivity in Reactions between Bis(2-benzothiazolyl)ketone and Vinyl Grignard Reagents: C- versus O-alkylation—Part III

Using 1.5% agarose gel electrophoresis, fragments of 80–200 bp of HIS3, 18S rRNA, SAMDC, GAPDH, TBP-1, eIF4A, E2, Unigene71, Unigene77, Unigene755, and Unigene14912 clearly amplified, consistent with the expected fragment sizes, and no impurities or primer dimers were observed (Figure 1), indicating that the primers for the 11 candidate reference gene were highly specific and can be used for qRT-PCR analyses.
Most of the candidate reference genes in various abiotic stress conditions exhibited melting curves with a single peak, showing that the primers are highly specific. Gene amplification curves for each sample had good repeatability, showing that the qRT-PCR results were accurate and reliable (Figure 2). However, in some samples, a miscellaneous peak of GAPDH indicated that the primer was not highly stable.

2.2. Analysis of the Expression Stability of Reference Genes under Different Types of Abiotic Stress

Analysis of the raw expression levels across all samples identified variation among reference genes is shown in Figure 3. We present detailed data in Supplementary Table S1. Ct values for the 11 genes ranged from 11.24 to 37.73, and the majority of these values were between 23.44 and 31.94. 18S rRNA was highly expressed compared to the other genes, reaching threshold fluorescence after only 13.6 amplification cycles, whereas the Ct average of all reference genes within the datasets was approximately 27 cycles. As a result, the 18S rRNA transcripts were around 10,000-fold more abundant than the average for the dataset. Unigene71 and Unigene14912 transcripts were least abundant, with Ct values of 34.03 and 33.75, respectively. The individual reference genes had different expression ranges across all studied RNA samples. However, before we performed the software analysis, we observed that GAPDH has the most discrete data and therefore its ranking should be lowest in subsequent analyses. By contrast, E2, eIF4A, HIS3, TBP-1, and Unigene14912 were expected to perform well in subsequent analyses. The wide expression ranges of the eleven tested reference genes confirmed that it is of the utmost importance to select a reliable reference gene to normalize gene expression under certain conditions.

GeNorm was used to rank the reference genes with respect to expression stability by calculating average pairwise expression ratios (M1), where values below 1.5 indicate stable expression. In this study, Unigene77 and Unigene755, with the same M1 value of 0.962, were the most stably expressed in all samples, while GAPDH, with an M1 value of 2.257, was the least stably expressed gene (Figure 4E). For the samples subjected to acidic aluminum stress, drought stress, heavy metal stress, and saline-alkali stress, the pairs SAMDC and Unigene14912, E2 and TBP-1, E2 and Unigene71, and Unigene755 and Unigene14912 ranked the highest, respectively, suggesting that these gene pairs were stable and could be used as references (Figure 4A–D).
In some gene expression analysis of study, sometimes to express quantitatively the high precision requirements, or in some less obvious purpose gene expression quantity change, using a single reference genes cannot accord with the requirement of the experiment. Therefore, it has become a new criterion in quantitative PCR research to correct the expression of the target gene with two or more stable reference genes [21]. Accordingly, this study analyzed the pairwise variation of each reference gene (Figure 5), and the results showed that the pairwise variation of the two to eleven reference gene was less than 0.15. Vandesompele et al. [17] suggested that when the paired variation V value was less than 0.15, there was no need to add multiple reference genes for the correction. Therefore, we can see that the optimal number of reference genes is two.

NormFinder was used to rank gene expression stability based on comparisons of the average pairwise variation of a gene to all other genes (M2). The stability values of reference genes were calculated by NormFinder and are shown in Table 2. Under different conditions, the lowest M2 values were assigned to different candidate reference genes. Unigene14912 ranked highest for all samples with an M2 value of 0.889. For acidic aluminum stress, 18S rRNA was the most-stable gene with an M2 value of 0.545. Under drought, heavy metal, and saline-alkali stress, eIF4A, Unigene71, and TBP-1 were the most suitable genes, with M2 values of 0.273, 0.26 and 0.455, respectively.

2.4. Validation of the Usefulness of the Reference Genes Identified from This Study

This experimental subject is “Chuannong NO.1”, developed by the Sichuan Agricultural University (Chengdu, China). Seeds were sown in 25 × 19 × 6 cm pots and the matrix was silica sand. They were placed in an incubator with a light intensity of 100 μmol/(m·s), 25 °C and day/night cycles of 16 and 8 h. When the leaf counts of the plants reached 5–6, stress treatments were initiated. Under drought stress, plants were treated with 15% PEG6000 for 6 days. For acidic aluminum treatment, plants were treated with 0.1 mol/L AlCl3 (pH 2.9) for 6 days. For heavy metal treatment, the nutrient solution was filled with 200 mg/L Cr6+ Hoagland’s for 6 days. For saline-alkali stress, plants were treated with 0.1 mol/L NaHCO3 (pH 8.2) for 6 days. We take a sample of several seedlings (upper leaves) in the same pot. Take three mixed samples at four time points (0, 1, 3, 6 days) under four treatments (drought, saline-alkali, acidic aluminum, heavy metal). There are three biological repeats for each sampling point. We treat the before treatment (0 day) as a control group in each treatment, as described by Huang L et al. [37]. All samples frozen in liquid nitrogen, and stored at −80 °C for later use. The 48 annual ryegrass samples during the study and which datasets they were included in Supplementary Table S2.

The RNA simple Total RNA Kit (TianGen Biotech Co., Ltd., Beijing, China) was used to extract RNA from annual ryegrass material and RNase-free DNase I (GBC, Beijing, China) was used to remove DNA. The Ultramicro Spectrophotometer (NanoVue Plus Spectrophotometer, Wilmington, DE, USA) was used to detect RNA purity and concentration at A260 nm/A280 nm and A260 nm/A230 nm. After 1% agarose gel electrophoresis, the iScript cDNA Synthesis Kit (Bio-Rad Laboratories Inc.) was used to reverse transcribe total RNA samples into cDNA, and samples were diluted 1:5 with ultrapure water and stored at −80 °C for later use.

The supplementary materials are available online, Table S1: The Ct values was collected from each treatment and time point by triplicate for biological, Table S2: The 48 annual ryegrass samples during the study and which datasets they were included in.

We thank all participants for their contributions to this study. This work was supported by the Earmarked Fund for the Modern Agro-Industry Technology Research System (#CARS-34) and the National Key Basic Research Program of China (973 Program) (#2014CB138705).

Xinquan Zhang conceived the project and designed the experiments. Qiuxu Liu performed the experiment. Qiuxu Liu, Xiao Qi and Gang Nie wrote the paper. All authors discussed the results and commented on the manuscript. 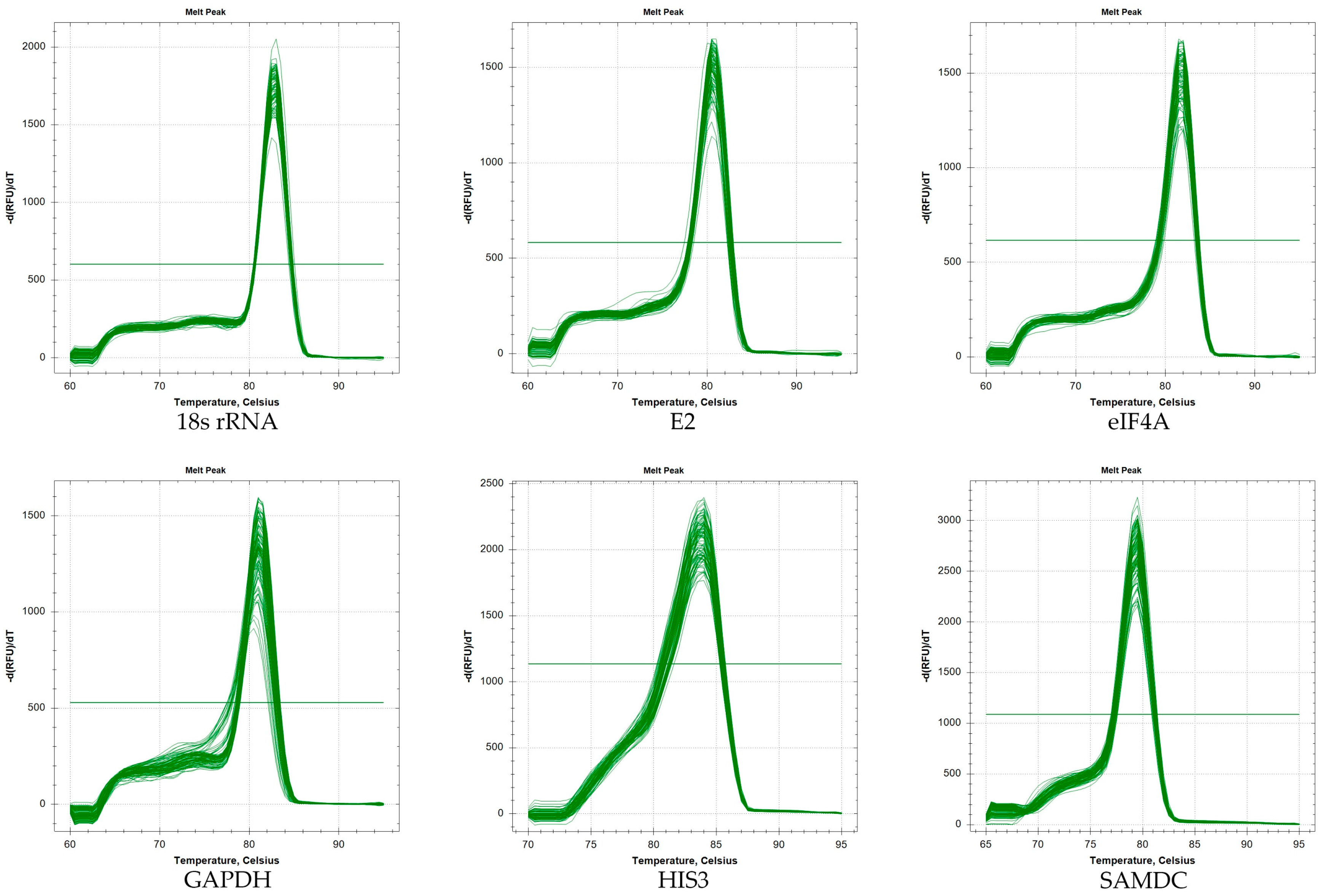 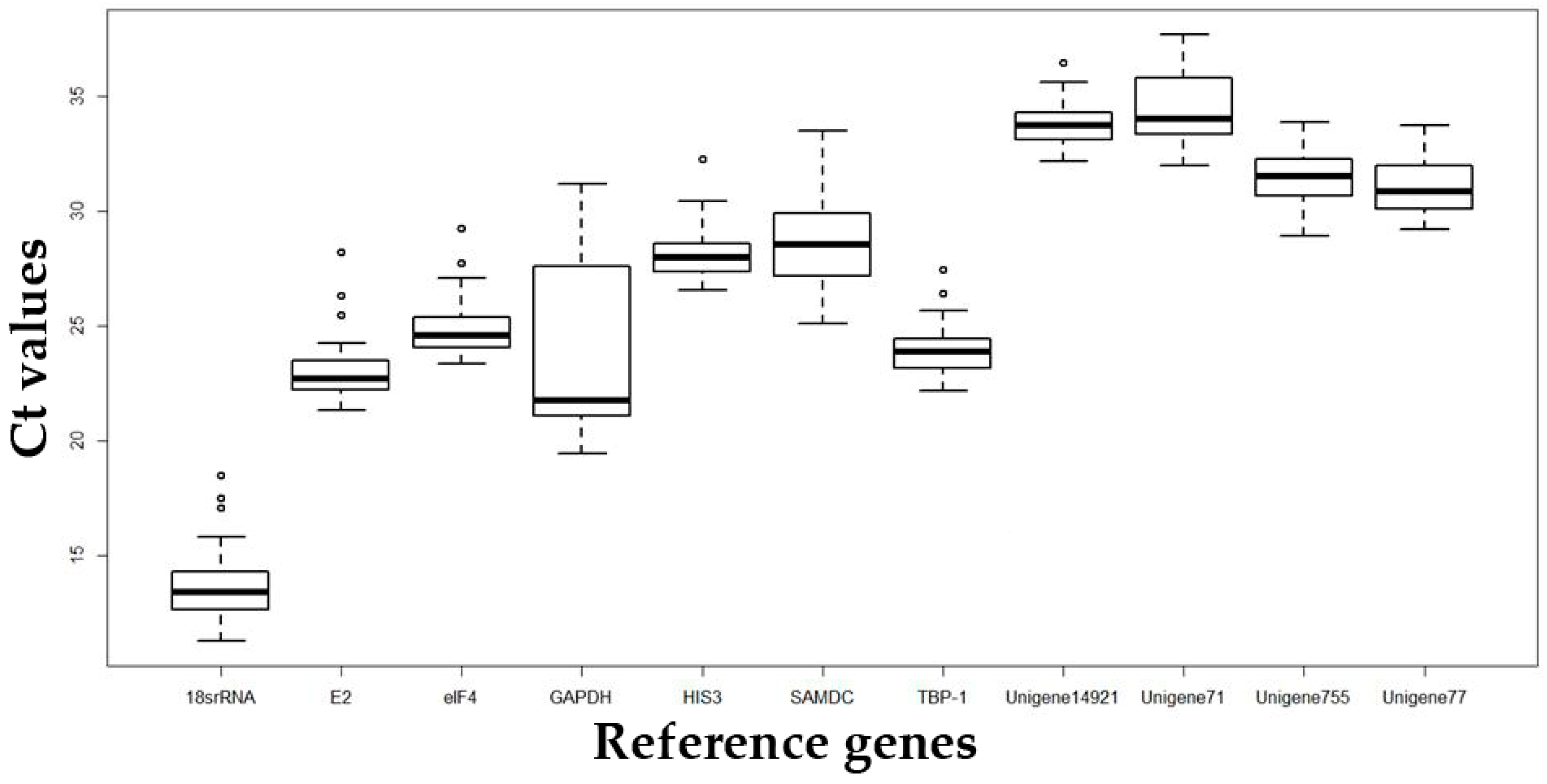 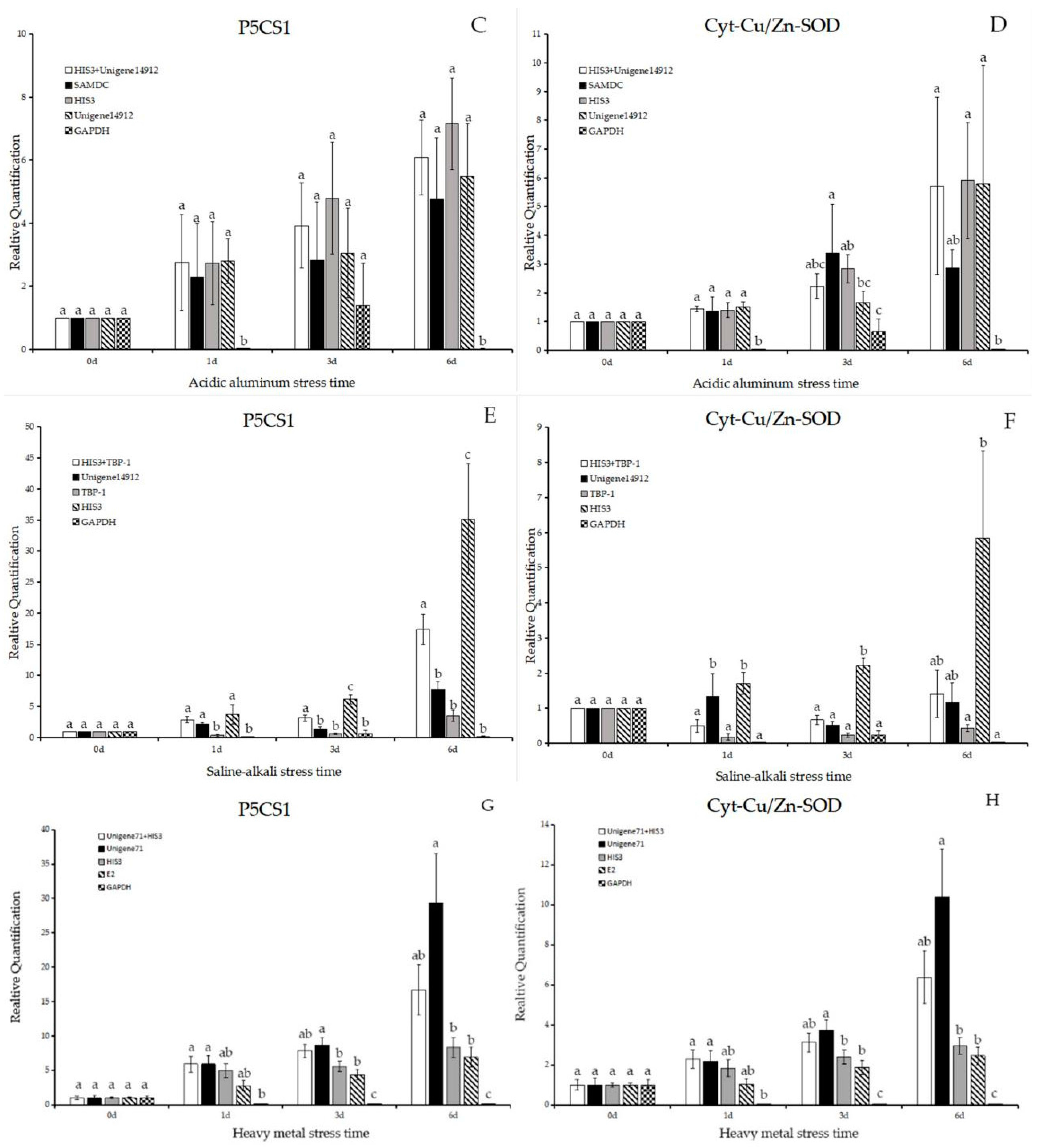