Fluorinated Polyurethanes, Synthesis and Properties
Next Article in Special Issue

Cytotoxic Alkaloids from the Stem of Xylopia laevigata

The Interference of Selected Cytotoxic Alkaloids with the Cytoskeleton: An Insight into Their Modes of Action 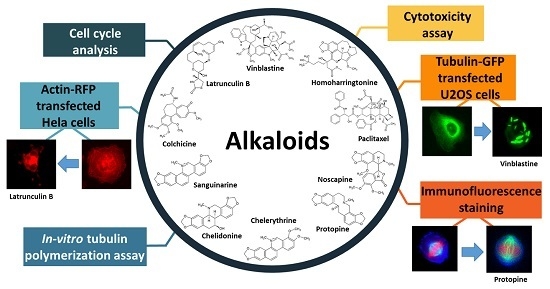 
Wang, Xiaojuan; Tanaka, Mine; Krstin, Sonja; Peixoto, Herbenya S.; Wink, Michael. 2016. "The Interference of Selected Cytotoxic Alkaloids with the Cytoskeleton: An Insight into Their Modes of Action." Molecules 21, no. 7: 906.