Identification of Major Phenolic Compounds from Nephelium lappaceum L. and Their Antioxidant Activities

When tert-butylisotellurochromene 1a was oxidized with 1.2 equiv. of mCPBA in CHCl3 at 0 °C, the starting material immediately disappeared, and the bis(o-formylstyryl) ditelluride 2a was obtained in 83% yield as the sole product after the usual work up. The structure of the ditelluride 2a was characterized by NMR, IR and mass spectroscopy. The low-mass spectrum of this compound suggested the ditelluride molecular formula based on the molecular ion at m/z = 634 (130Te) and the expected isotope pattern for Te2. In addition, the HRMS of 2a showed the same exact molecular formula. Similarly, the 1-nonsubstituted 2b, alkyl 2c-g and phenyl 2h derivatives were also obtained in moderate to good yields. These results are summarized in Table 1 (entries 1-8). The double bond in the products 2 was proven to have a (Z)-stereochemistry by the vicinal coupling constant (J = 10 Hz) in the 1H-NMR spectra of the nonsubstituted derivative 2b. A similar mCPBA oxidation of the 1-substituted isotellurochromenes 1 was examined (entries 9, 10). The 1-phenylisotellurochromene 1i [21] was oxidized to give the bis(o-benzoylstyryl) ditelluride 2i in 80% yield, while the similar oxidation of the 1-methyl isochromene 1j [21] resulted in decomposition to afford a complex mixture without any characterized products. The significant differences in the product yield according to whether or not the 1-substituent is a methyl group cannot be clearly explained at the present time. The structure of the products 2 including the geometry of the styryl moiety was finally determined by an X-ray crystallographic analysis using the tert-butyl derivative 2a. 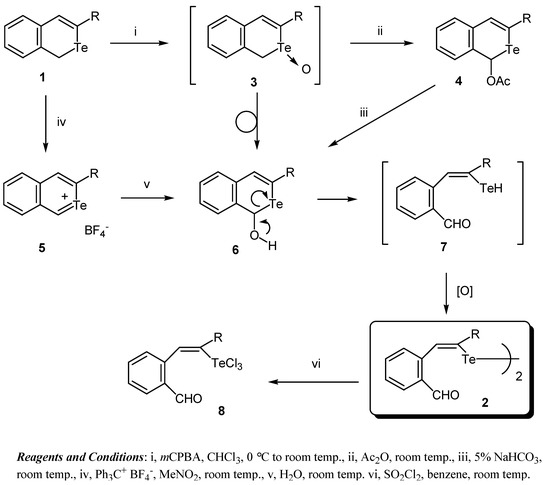 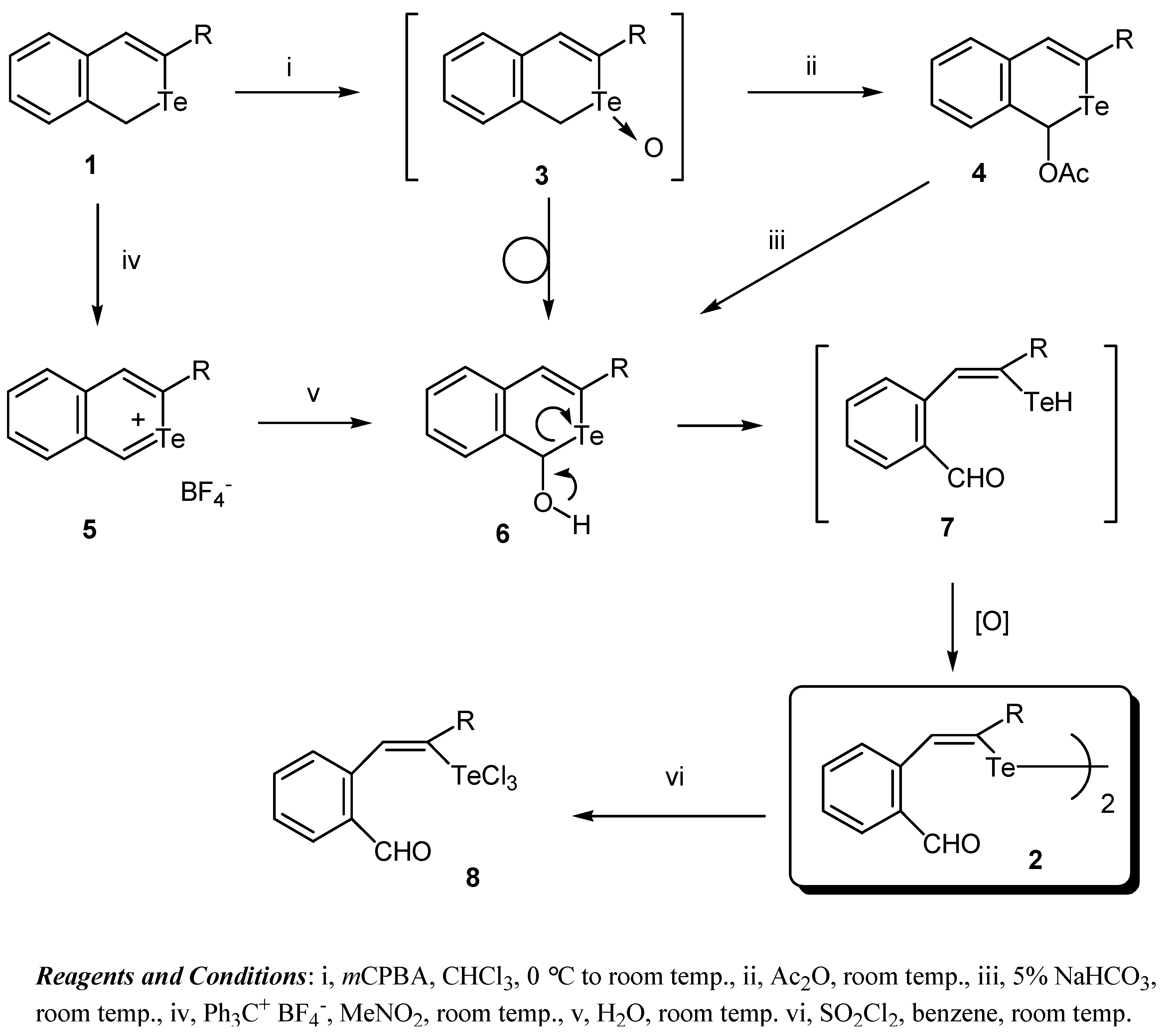 A part of this work was supported by a Grant-in-Aid for Scientific Research from The Ministry of Education, Culture, Sports, Science and Technology of Japan (No. 19590022).

The details of the X-ray data of bis(o-formylstyryl) ditelluride 2a will be reported in a full paper that will appear in the near future.