α-Lithiation and Electrophilic Substitution of 1,4,4-Trimethyl-3,4-dihydroquinolin-2-one
Previous Article in Journal

Reduction of Diphenyl Diselenide and Analogs by Mammalian Thioredoxin Reductase Is Independent of Their Gluthathione Peroxidase-Like Activity: A Possible Novel Pathway for Their Antioxidant Activity 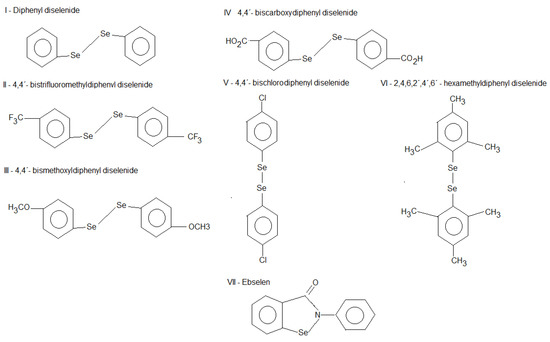