Acknowledgment to Reviewers of Entropy in 2021

An Intuitionistic Extension of the Simple WISP Method

Many decision-making problems are related to inaccuracies, unreliability, or predictions. Therefore, the significant development and use of multiple criteria decision making (MCDM) occurred after Zadeh [1] proposed the fuzzy set theory. Based on the fuzzy set theory, Bellman and Zadeh [2] proposed decision making in a fuzzy environment and thus enabled the use of MCDM for solving more complex decision-making problems. Indeed, the use of MCDM methods for solving decision-making problems in a fuzzy environment also required their adaptation to fuzzy sets.
The possibilities of fuzzy sets to apply crisp numbers influenced newly proposed extensions of the fuzzy set theory, such as interval-valued fuzzy (IVF) sets [3], intuitionistic fuzzy (IF) sets [4], neutrosophic set theory [5], and others. Based on the IVF and IF sets, Atanassov and Gargov [6] introduced interval-valued intuitionistic fuzzy (IVIF) sets. In the fuzzy set theory, Zadeh [1] introduced the membership function , which represents the belonging to the set, In IF set theory, Atanassov [4] extended the fuzzy set theory by introducing the non-membership function , , with the following restriction The introduction of the non-membership function enabled the IF set theory to solve some decision-making problems that could not be easily solved by applying the FS theory.
Decision makers introduced many MCDM methods to solve complicated MCDM problems over time, such as ELECTRE [7], AHP [8], TOPSIS [9], COPRAS [10], VIKOR [11], MULTIMOORA [12,13], ARAS [14], WASPAS [15], and others. In addition to well-known MCDM methods, there are also newly proposed ones such as the EDAS [16], CODAS [17], CoCoSo [18], and MULTIMOOSRAL methods [19]. A comprehensive overview of the newly proposed MCDM methods, as well as their applications, can be found in Mardani et al. [20,21], Hafezalkotob et al. [22], Chandrawati et al. [23], and Liu and Xu [24].
IF sets had success in many problems, such as selecting knowledge management systems [25], assessing and ranking the risk of failure modes [26], choosing the right supplier [27], monitoring and continuous improving of an end-of-life vehicle management system [28], analyzing failure mode effects [29], and assessing solid waste management techniques [30]. Decision makers, to solve a much more comprehensive range of problems, proposed many extensions for almost all MCDM methods, such as TOPSIS [31,32], VIKOR [33], MULTIMOORA [34], and ARAS [35].
Decision makers have used the IVIF sets to assess reservoir flood control management [36], select the proper facility location [37], choose proper sustainable material [38], evaluate public transportation options [39], prioritize risks [40], rank choices of sustainable organizational development of companies [41], evaluate malicious code threats [42], and prioritize government roles in a merger and acquisition process [43]. Moreover, decision makers have used the IVIF sets to determine criteria weights [44,45,46]. Roszkowska et al. [47] also adopted the intuitionistic fuzzy TOPSIS for assessing social and economic phenomena. Similar to IFS, appropriate IVIF extensions are available for many MCDM methods, such as the COPRAS [48], WASPAS [36,49], ELECTRE [50], CODAS [37,38], TOPSIS [51,52], VIKOR [51], and CoCoSo [52] methods.
Stanujkic et al. [53] proposed the Integrated Simple Weighted Sum-Product (WISP) method. So far, there is no extension proposed for this method that allows its usage with IF sets, i.e., IF numbers.
Therefore, in this article, we suggest an extension of the WISP method, enabling IF numbers. The rest of the article is structured as follows. Section 2 explains the basic elements of IF sets. Section 3 presents the WISP method. Section 4 introduces an intuitionistic extension of the WISP method and proposes an IF-WISP method. Section 5 considers an example of contractor selection to illustrate the usage of the proposed extension. Section 6 compares the results obtained using the proposed approach and similar extensions of MCDM methods. The final section presents conclusions.

This section presents some basic elements of IF sets.

At some stage in the MCDM process, it is necessary to transform the IF number into a crisp value. Decision makers can perform such a transformation using Equation (8). However, to perform a different analysis and consider different scenarios, a new approach for deintuitionistification, based on Equation (8), is proposed, as follows: where λ represents coefficients, and .

4. An Intuitionistic Extension of the WISP Method

To enable using the IFWG operator in the proposed IF extension of the WISP (IF-WISP) method, Equations (14) and (16), in the computational procedure of the standard WISP method, should be modified as follows:
After that, decision makers use the procedure of the IF-WISP method presented in the following steps:
Step 1. Construct an initial decision-making matrix. In this step, decision makers create an initial decision-making matrix that expresses the ratings of alternatives using IF numbers.
Step 2. Determine criteria weights. In this step, the criteria weights can be determined using any MCDM method primarily intended for determining the criteria weights, such as the AHP method [8], the SWARA method [56], or the Best-Worst method [57].
Step 3. Calculate the sum and product of the weighted intuitionistic ratings of each alternative for the maximization and minimization criteria, using Equations (9) and (10), as follows: where and denote the sum of the weighted intuitionistic rating of alternative i, achieved based on maximization and minimization criteria, respectively, and and denote the product of the weighted intuitionistic ratings of alternative i, achieved based on maximization and minimization criteria, respectively.
Step 4. Deintuitionistification. The subtraction and division operations required for determining utility measures used in the WISP method are not primarily defined for IF set and IF numbers. Therefore,    and should be transformed into crisp values using Equation (8) or Equation (11).
Step 5. Calculate the values of four indicators, , , , and , as follows:
Step 6. Recalculate values of four indicators, as follows: where , , , and denote recalculated values of , , , and .
Step 5. Determine the overall utility of each alternative as follows:
Step 6. Rank the alternatives and select the most suitable one. Decision makers rank the alternatives in descending order and select the best with the highest ui.

In this section, we discuss the application of the proposed extension of the WISP method on the example of contractor selection.
Based on the example discussed in Turskis and Zavadskas [58], in this case, the evaluation of four contractors was performed based on the following criteria: production specifications (C1), financial position (C2), standards and relevant certificates (C3), commercial strength (C4), performance (C5), and delivery price (C6).
Table 1 shows an initial intuitionistic decision-making matrix.
Table 1 also shows the criteria weights and optimization directions.
Table 2 shows the weighted intuitionistic ratings of the maximization and minimization criteria for considered alternatives.
Table 3 shows crisp sums and products of the weighted intuitionistic ratings. In this case, decision makers used Equation (8) to deintuitionistificate, i.e., transform IF numbers into crisp values, but they can also use Equation (11).
Table 3 shows the values of four utility measures, , , , and , calculated using Equations (31)–(34).
Table 4 shows the recalculated values of four utility measures, , , , and , calculated using Equations (36)–(39), as well as the overall utility measures, calculated using Equation (40).
As can be concluded from Table 4, the alternative denoted as A3 is the most appropriate alternative.
In addition to selecting the most appropriate alternative, the IF-WISP method allows analysis of the impact of membership and non-membership functions on the overall utility measures, using Equation (11). Table 5 and Figure 2 show the values of overall utility measures and ranks of alternatives for several selected values of the coefficient λ.
Based on the above, it is evident that the proposed IF-WISP extension decision makers can analyze different scenarios, thus making better use of the benefits that IF set theory provides for solving complex decision-making problems.

6. A Comparison of the Proposed Extension with Similar Extensions of Some MCDM Methods

The authors wish to thank the anonymous reviewers for the valuable suggestions and comments, which improved the quality of this article. 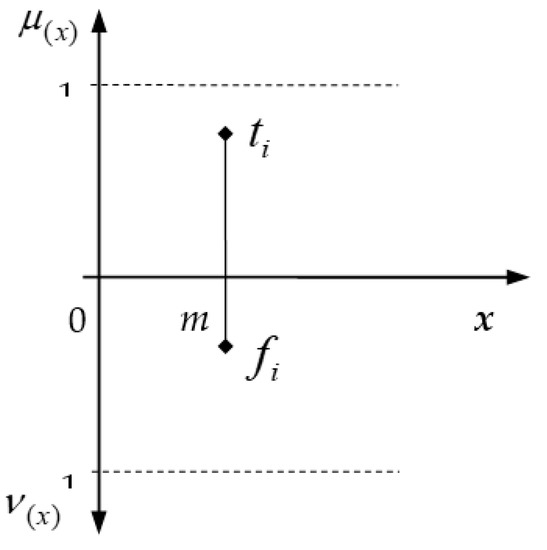 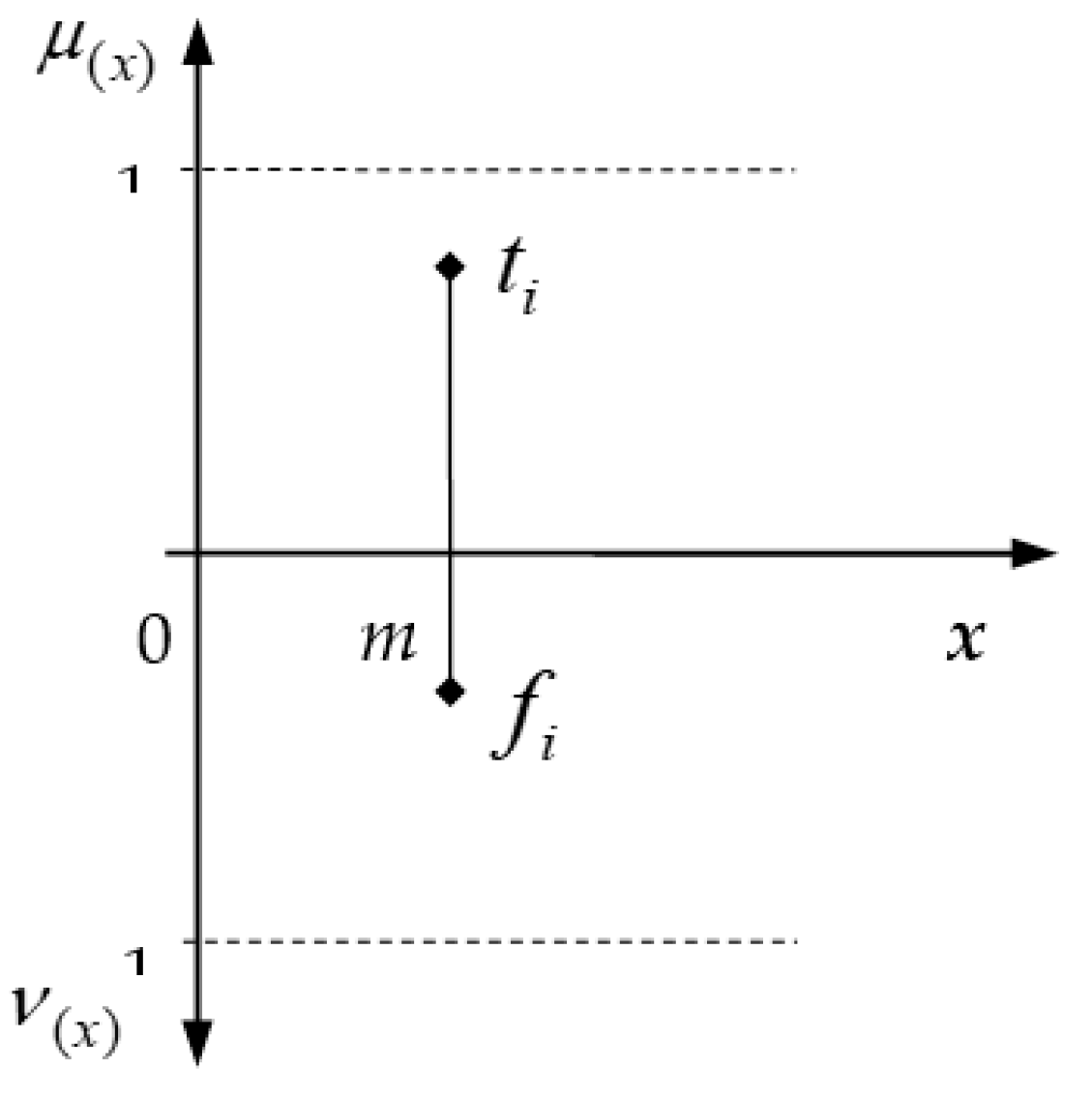