This paper explores the spatial variations of the statistical scaling features of low to high latitude geomagnetic field fluctuations at Swarm altitude. The data for this study comes from the vector field magnetometer onboard Swarm A satellite, measured at low resolution (1 Hz) for one year (from 9 March 2016, to 9 March 2017). We estimated the structure-function scaling exponents using the p-leaders discrete wavelet multifractal technique, from which we obtained the singularity spectrum related to the magnetic fluctuations in the North-East-Center (NEC) coordinate system. From this estimation, we retain just the maximal fractal subset, associated with the Hurst exponent H. Here we present thresholding for two levels of the Auroral Electrojet index and almost the whole northern and southern hemispheres, the Hurst exponent, the structure-function scaling exponent of order 2, and the multifractal p-exponent width for the geomagnetic fluctuations. The latter quantifies the relevance of the multifractal property. Sometimes, we found negative values of H, suggesting a behavior similar to wave breaking or shocklet-like propagating front. Furthermore, we found some asymmetries in the magnetic field turbulence between the northern and southern hemispheres. These estimations suggest that different turbulent regimes of the geomagnetic field fluctuations exist along the Swarm path. View Full-Text
Keywords: multifractal; magnetosphere; auroral electrojet index multifractal; magnetosphere; auroral electrojet index
►▼ Show Figures 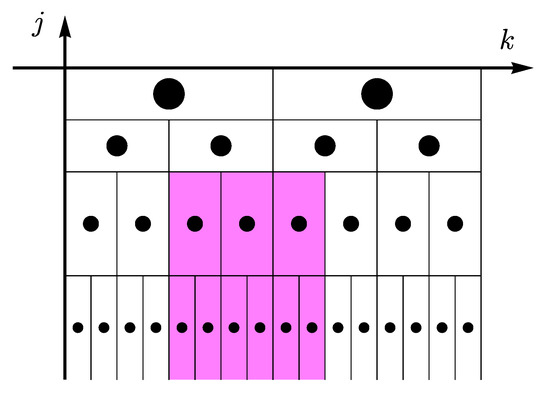