Entropy as a Robustness Marker in Genetic Regulatory Networks

Understanding microbial growth with the use of mathematical models has a long history that dates back to the pioneering work of Jacques Monod in the 1940s. Monod’s famous growth law expressed microbial growth rate as a simple function of the limiting nutrient concentration. However, to explain growth laws from underlying principles is extremely challenging. In the second half of the 20th century, numerous experimental approaches aimed at precisely measuring heat production during microbial growth to determine the entropy balance in a growing cell and to quantify the exported entropy. This has led to the development of thermodynamic theories of microbial growth, which have generated fundamental understanding and identified the principal limitations of the growth process. Although these approaches ignored metabolic details and instead considered microbial metabolism as a black box, modern theories heavily rely on genomic resources to describe and model metabolism in great detail to explain microbial growth. Interestingly, however, thermodynamic constraints are often included in modern modeling approaches only in a rather superficial fashion, and it appears that recent modeling approaches and classical theories are rather disconnected fields. To stimulate a closer interaction between these fields, we here review various theoretical approaches that aim at describing microbial growth based on thermodynamics and outline the resulting thermodynamic limits and optimality principles. We start with classical black box models of cellular growth, and continue with recent metabolic modeling approaches that include thermodynamics, before we place these models in the context of fundamental considerations based on non-equilibrium statistical mechanics. We conclude by identifying conceptual overlaps between the fields and suggest how the various types of theories and models can be integrated. We outline how concepts from one approach may help to inform or constrain another, and we demonstrate how genome-scale models can be used to infer key black box parameters, such as the energy of formation or the degree of reduction of biomass. Such integration will allow understanding to what extent microbes can be viewed as thermodynamic machines, and how close they operate to theoretical optima. View Full-Text
Keywords: energy; entropy; anabolism; catabolism; microbial cultures; biotechnology energy; entropy; anabolism; catabolism; microbial cultures; biotechnology
►▼ Show Figures 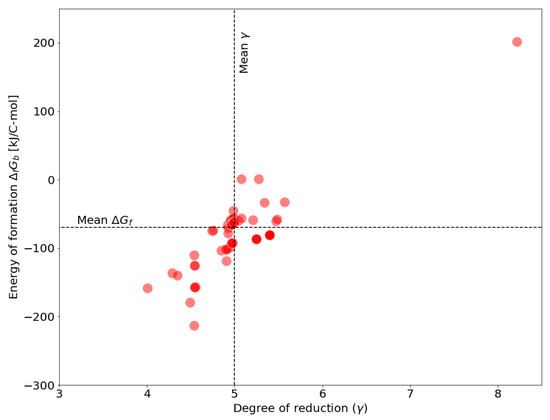