Privacy-protecting data mining [1,2] is a field of research aimed at alleviating the issues arising from the use of data mining about data collection, information or knowledge contained in data collections, and the confidentiality of subjects recorded within them. The first to consider inducing decision-making trees from anonymized data which have been adequately noise-driven were Agrawal and Srikant [3]. The general strand of knowledge-hiding research [4] has led to specific algorithms, for example, adding noise through a data swap process [5].
A critical objective area concerns individual data privacy and aims to shield the individual integrity of database records in order to prevent the re-identification of individuals or particular groups of data inference attacks. The subject of this article deals with the protection of sensitive patterns resulting from the use of data mining techniques. All privacy preservation approaches are designed to maintain data quality.
The primary representative of statistical methods [6] uses a parsimonious downgrading technique to determine if the loss of functionality associated with data not downgrading is worth further confidentiality. The reconstruction of public datasets [7,8] includes the reconstruction of non-sensitive rules produced by the algorithms C4.5 [9] and RIPPER [10]. Perturbation-based techniques involve the modification of transactions to only support non-sensitive rules [11], the removal of sensitive rules-related tuples [12], the suppression of specific attribute values [13], and the redistribution of tuples supporting sensitive patterns to maintain the ordering of the rules [14]. Another useful approach is machine learning classification over encrypted data [2,15] in which a private decision tree classifier enables the server to traverse a binary decision tree using the client’s input such that the server does not learn the input and the tree structure and thresholds at each node are not learned by the client. A recent work [16] proposes privacy-preserving decision tree evaluation protocols that hide the critical inputs from the counterparty using additively homomorphic encryption (AHE) like the ElGamal encryption method.
We proposed a series of techniques in our previously published works [17,18] to adequately protect against the disclosure of sensitive patterns of knowledge in classification rules mining. Without compromising the information value of the entire data set, we aim to hide sensitive rules. The class labels at the tree node corresponding to the tail of the sensitive pattern are modified after an expert selects the sensitive rules to eliminate the gain achieved by the information metric causing the split.
By preserving the class balance of every node across the sensitive path, we can assure that we will not have any change in the hierarchy order of this path due to changes in entropy of the nodes along this path. We then set the values of non-class attributes appropriately, adding new instances along the path to the root if necessary, so that non-sensitive patterns remain as unaffected as possible. This approach is critical because the sanitized data set may be subsequently published and even shared with the data set owner’s competitors, as can be the case with retail banking [19]. We extend this work in the papers [20,21] by formulating a generic look ahead technique that considers the structure of the decision tree from an affected leaf to the root. The main contribution of these publications was to improve the Swap-and-Add pass by following a look ahead approach instead of the greedy approach which was previously used. These methods can be accomplished by using linear Diophantine equations and, quite importantly, can handle in parallel any number of hiding requests by determining the overall minimum number of added instances.
The objective of the present paper is to allow the publishing or sharing of the original data set by hiding the critical rules which are produced by creating the corresponding decision tree and thus preserving to the maximum possible extent the privacy of data which have caused these critical rules to appear. In this article, we propose a novel technique which does not affect the class labels of the sensitive instances, as our previous techniques do, but instead modifies the attributes’ values of these specific instances. While the new technique may need to modify more values of the initial data set, it does so by not requiring the addition of extra instances, and it thus saves on the size of the sanitized data set. This trade-off is an extra tool in the arsenal of the data engineer who might want to explore a range of possibilities when tasked with a data hiding mandate. In the proposed method, we first identify the instances that contribute to the creation of a specific rule and then, by appropriately changing attribute values, we can successfully hide this rule with minimum impact to the rest of the decision tree.
The rest of this paper is structured in three sections. Section 2 describes the data set manipulations we employ to hide a rule while attempting to affect the decision tree minimally. In Section 3, we present three fully scaled examples of how the new technique can be applied in hiding requests, and Section 4 discusses further research issues and concludes the paper.

A Proposed Algorithm to Handle the Hiding Procedure

The algorithm LDH (Algorithm 1) locates the parent node of the leaf to be hidden and ensures that the attribute tested at that node will not generate a splitting which would allow that leaf to re-emerge. It does that by re-directing all instances following the branch from X to L towards L’s sibling by means of simply manipulating their attribute values for the attribute tested at X. If we want to pursue the stronger approach to hiding, then we extend this instance manipulation for all attributes available at X and not just the one that is being tested at X.

Our new methodology allows one to specify which decision tree leaves should be hidden and then judiciously change some attribute values in specific instances in the original data set. Consequently, the next time one tries to build the tree, the to-be-hidden nodes will have disappeared as the instances corresponding to those nodes will have been absorbed by neighboring ones.
The detailed results presented above have demonstrated that the proposed method successfully hid the terminal internal nodes which were selected in two different data sets. In addition, using the proposed technique we demonstrated that in all three examples, no change occurred in the structure of the modified decision trees (when compared to the original ones) apart from the hidden node.
By using the technique that we propose in this paper, instead of the previously used look ahead approach using Linear Diophantine equations, there are two significant advantages. The first one is that we do not need to add new instances to the original data set, and the second is that our new heuristic can be performed in only one step with much lower computational complexity compared to solving systems of Linear Diophantine Equations. However, our previous published techniques [20,21] guarantee the preservation of entropy values in every node of the tree before and after the modification.
The medium-term development goal is to have the proposed technique implemented as a standard data engineering service to accommodate hiding requests, coupled with an appropriate environment where one could specify the importance of each hiding request. In terms of research and development aspects, the most pressing questions are related to the technique’s ability to handle multivalued (also, numeric) attributes and multi-class trees. Additionally, in terms of application, we will actively investigate the options to apply our technique to a real-world problem (for example, as in reference [2]), but we must also acknowledge the substantial non-disclosure agreements which may have to accompany such real-world tests. Still, we believe that the apparent rise in interest for privacy-preserving solutions suggests that systems with a theoretical backing can be expected to appear increasingly often. 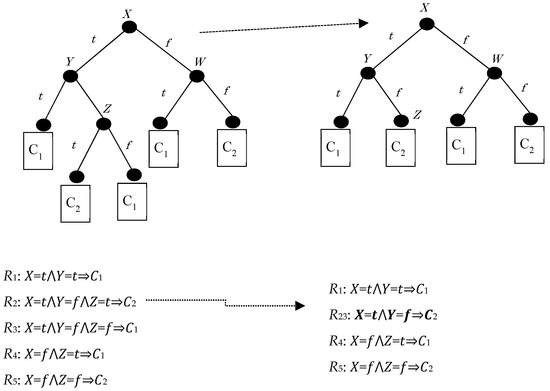 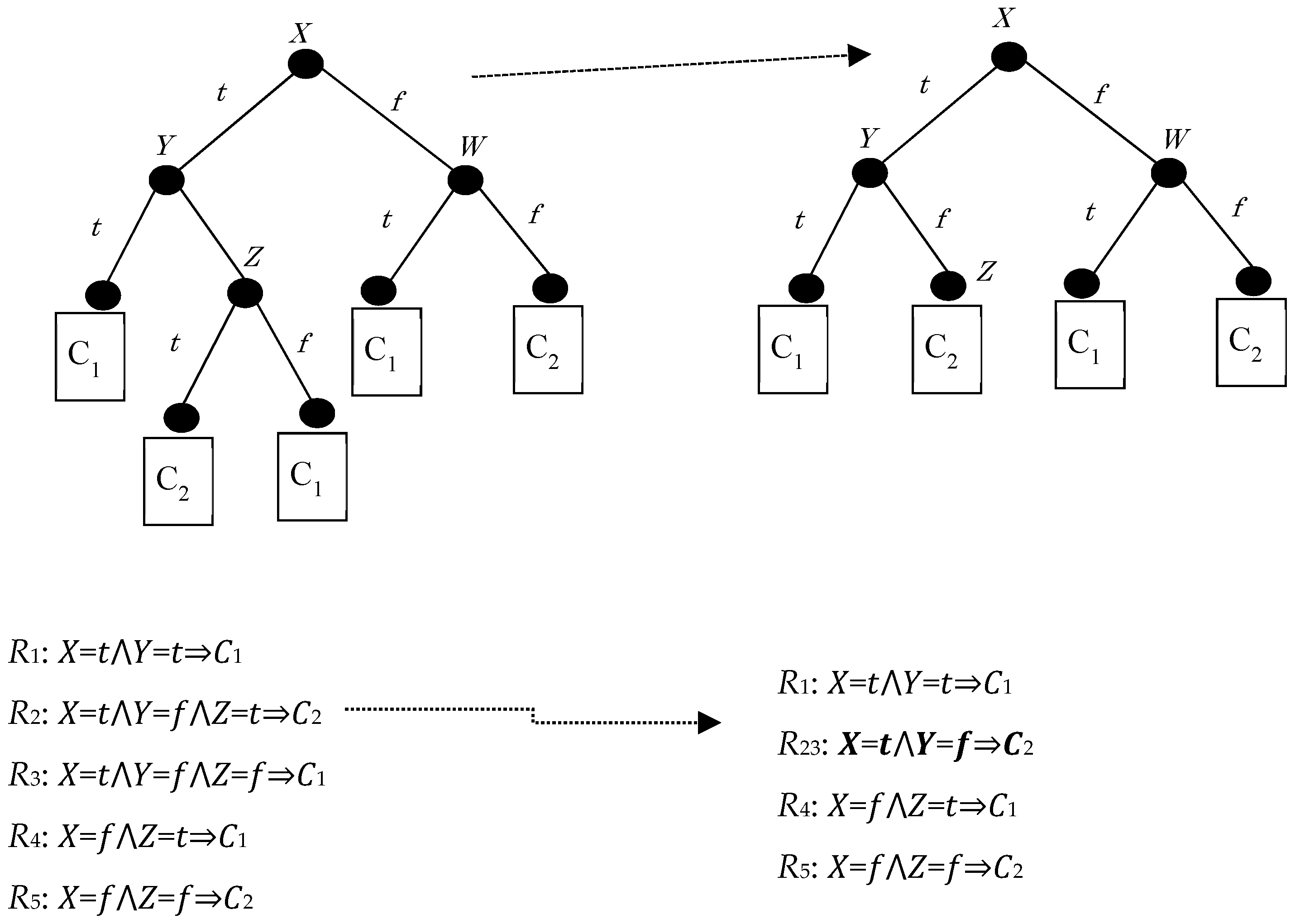 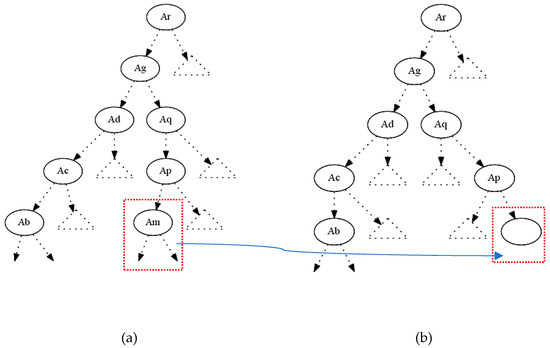 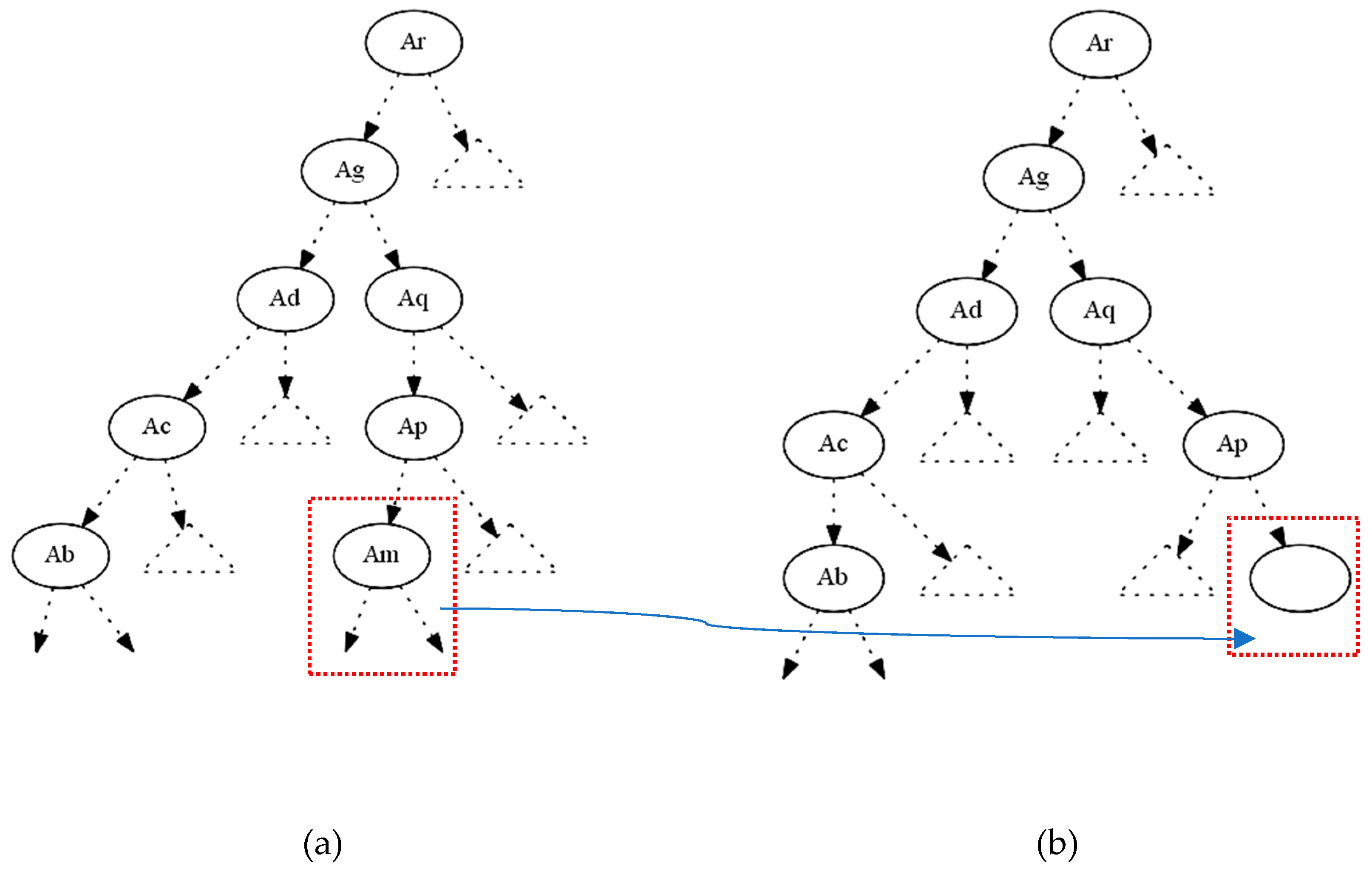 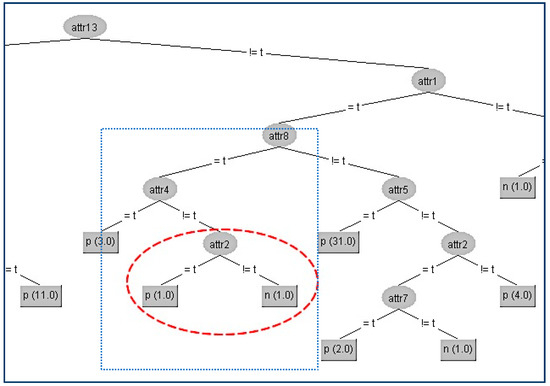 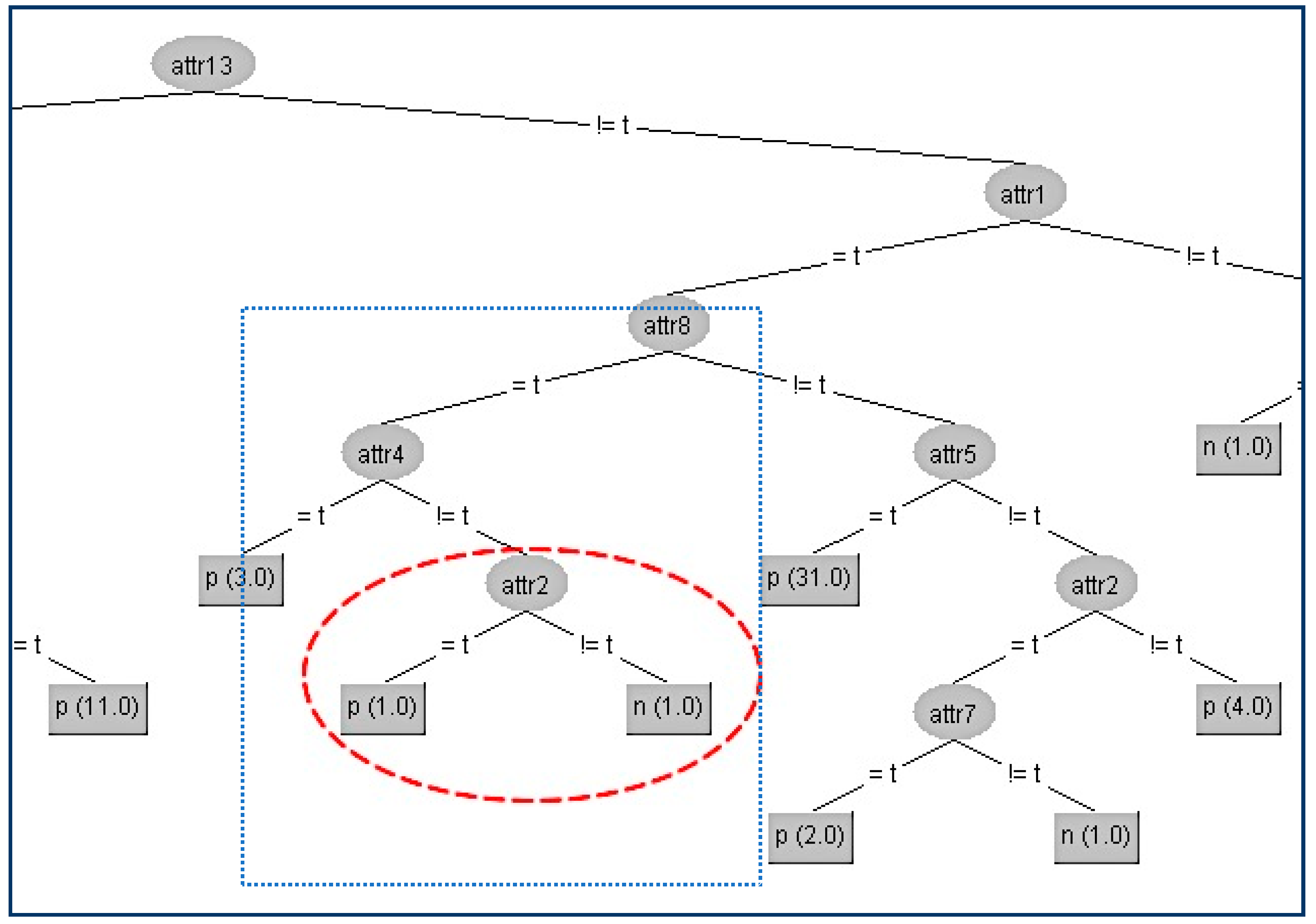 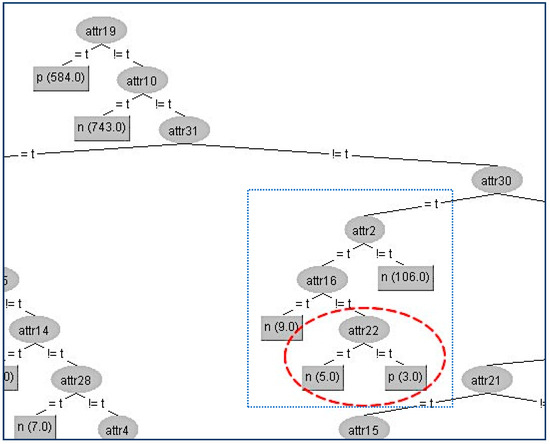 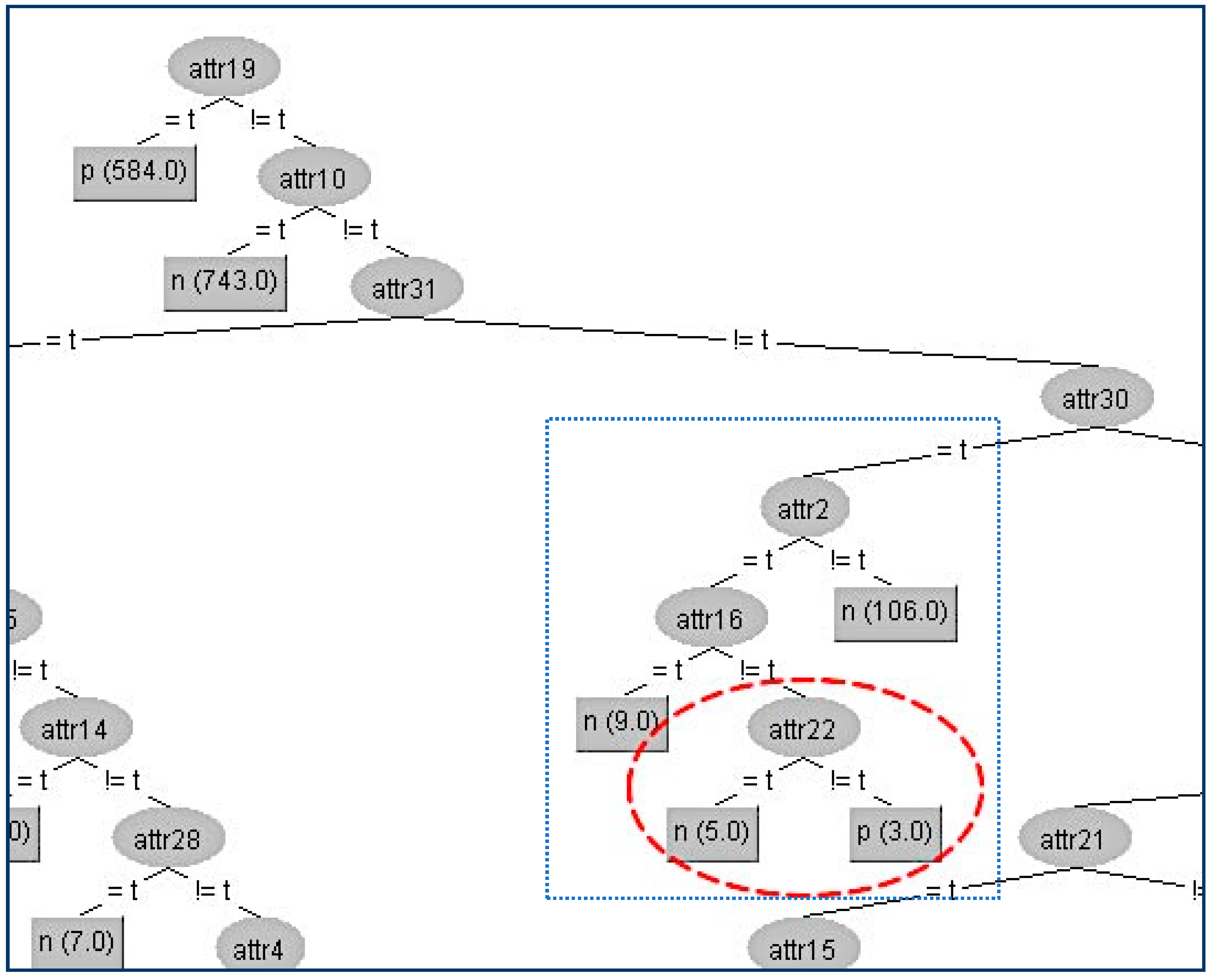 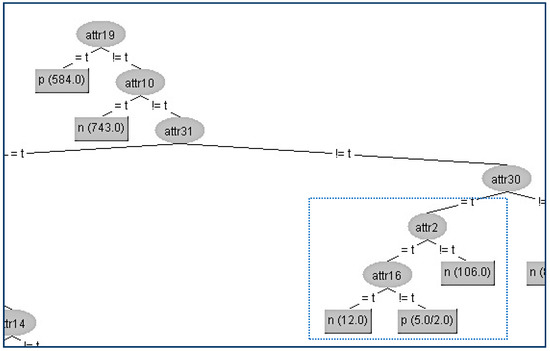 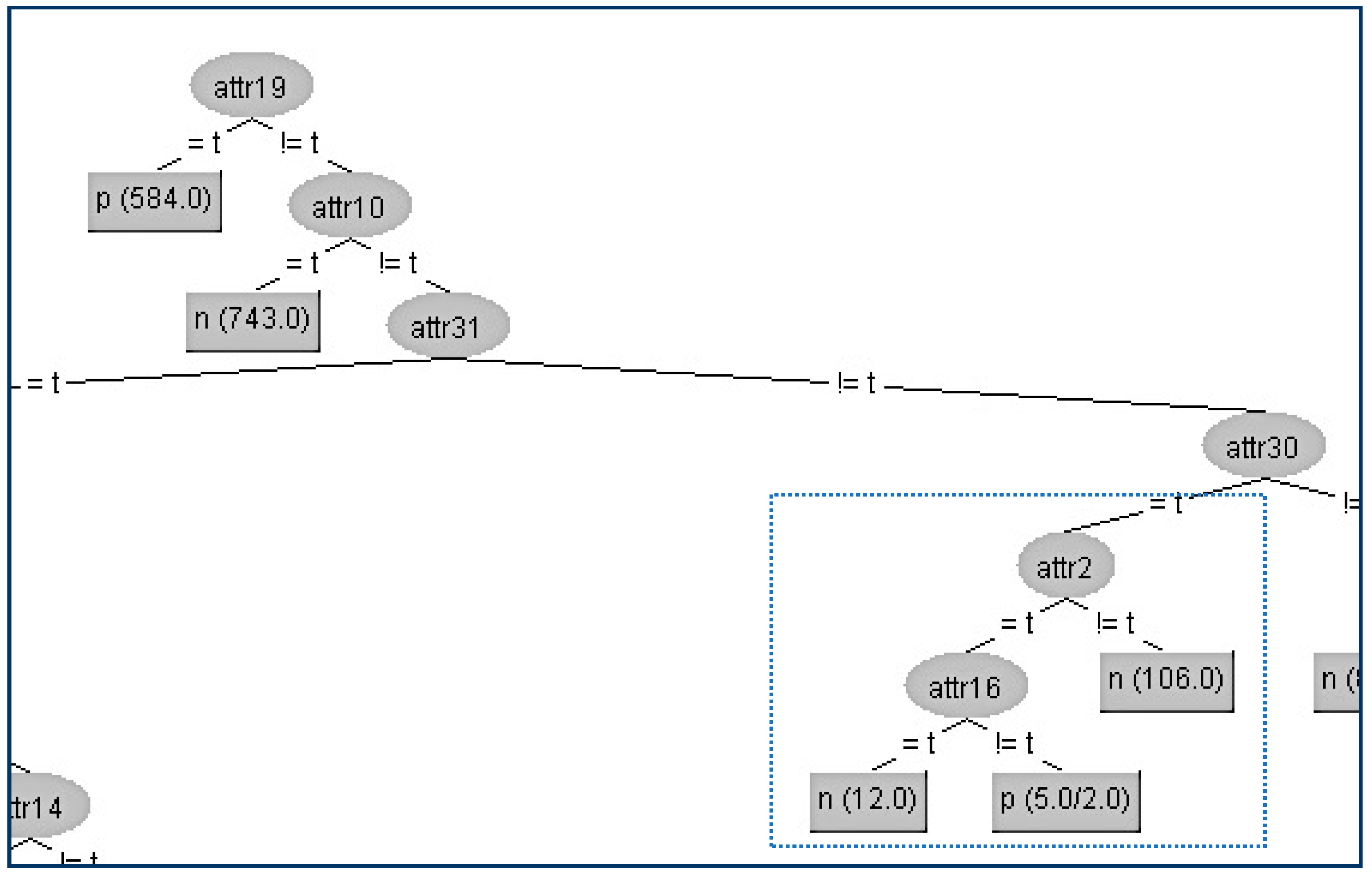 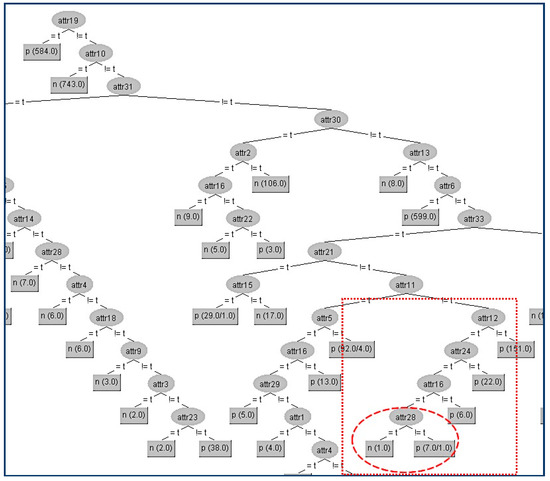 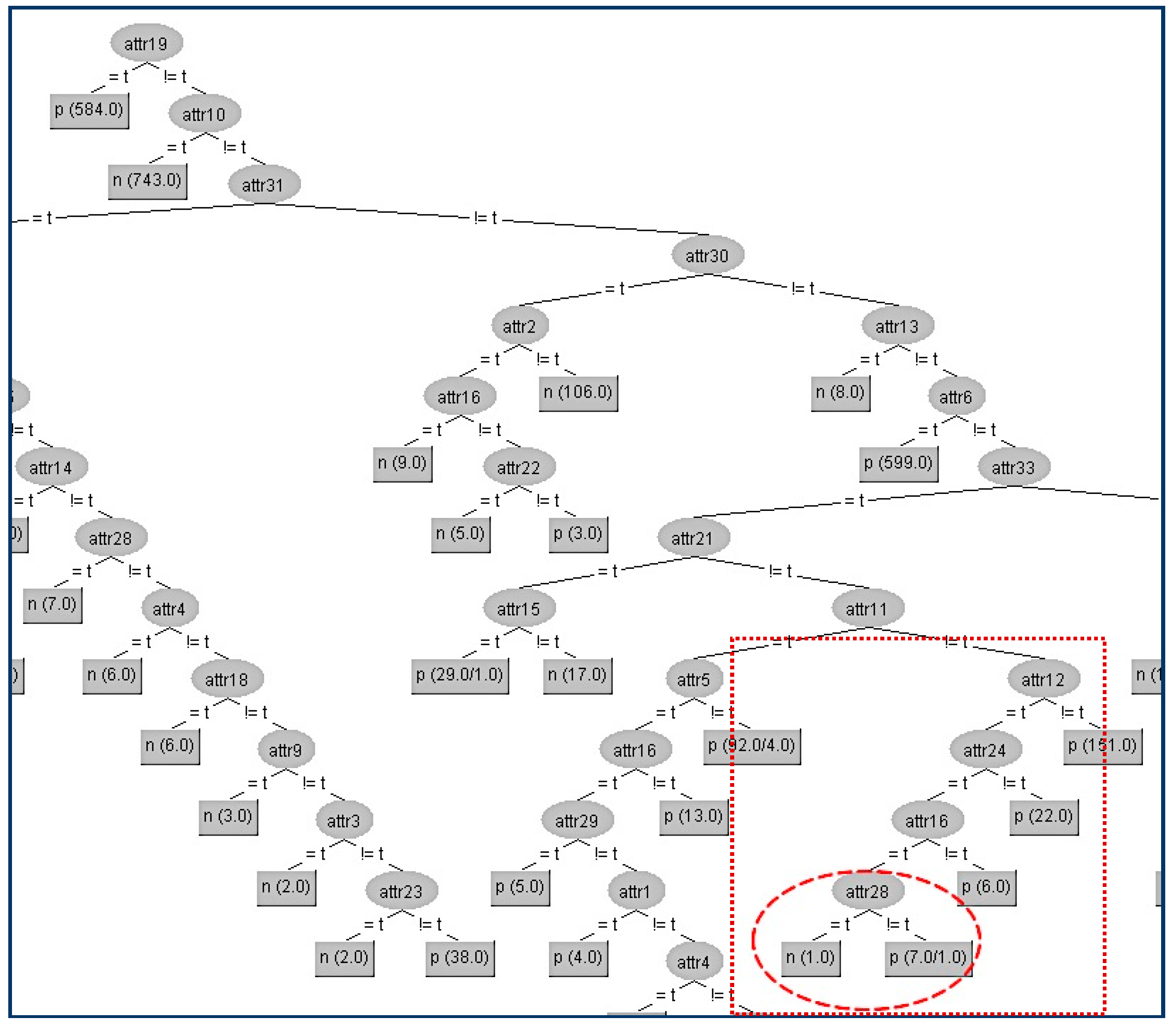 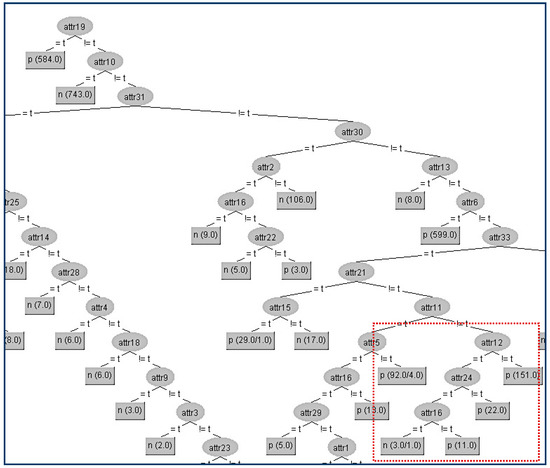 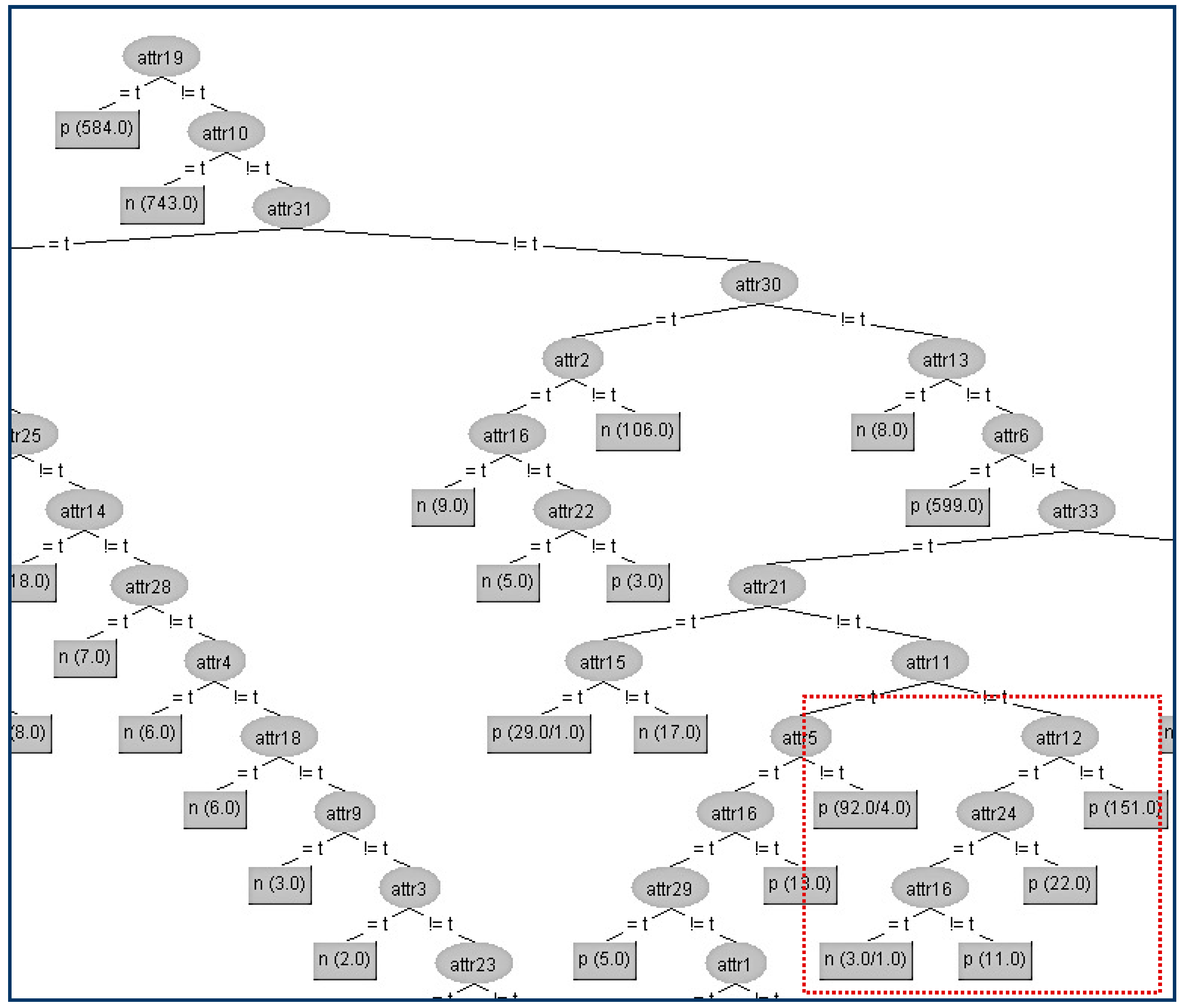