Spin qubits are very valuable and scalable candidates in the area of quantum computation and simulation applications. In the last decades, they have been deeply investigated from a theoretical point of view and realized on the scale of few devices in the laboratories. In semiconductors, spin qubits can be built confining the spin of electrons in electrostatically defined quantum dots. Through this approach, it is possible to create different implementations: single electron spin qubit, singlet–triplet spin qubit, or a three-electron architecture, e.g., the hybrid qubit. For each qubit type, we study the single qubit rotations along the principal axis of Bloch sphere including the mandatory non-idealities of the control signals that realize the gate operations. The realistic transient of the control signal pulses are obtained by adopting an appropriate low-pass filter function. In addition. the effect of disturbances on the input signals is taken into account by using a Gaussian noise model. View Full-Text
Keywords: spin qubit; quantum computation spin qubit; quantum computation
►▼ Show Figures 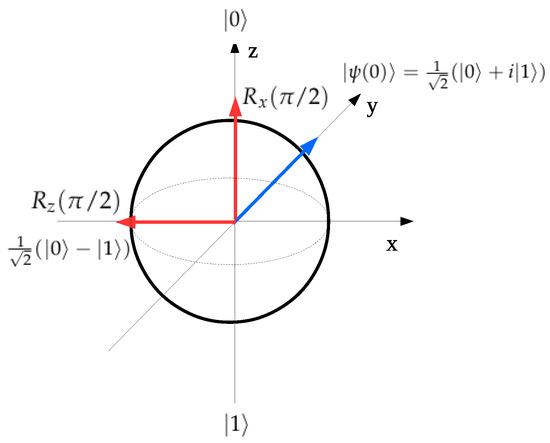