Heartbeats Do Not Make Good Pseudo-Random Number Generators: An Analysis of the Randomness of Inter-Pulse Intervals

The proliferation of wearable and implantable medical devices has given rise to an interest in developing security schemes suitable for these systems and the environment in which they operate. One area that has received much attention lately is the use of (human) biological signals as the basis for biometric authentication, identification and the generation of cryptographic keys. The heart signal (e.g., as recorded in an electrocardiogram) has been used by several researchers in the last few years. Specifically, the so-called Inter-Pulse Intervals (IPIs), which is the time between two consecutive heartbeats, have been repeatedly pointed out as a potentially good source of entropy and are at the core of various recent authentication protocols. In this work, we report the results of a large-scale statistical study to determine whether such an assumption is (or not) upheld. For this, we have analyzed 19 public datasets of heart signals from the Physionet repository, spanning electrocardiograms from 1353 subjects sampled at different frequencies and with lengths that vary between a few minutes and several hours. We believe this is the largest dataset on this topic analyzed in the literature. We have then applied a standard battery of randomness tests to the extracted IPIs. Under the algorithms described in this paper and after analyzing these 19 public ECG datasets, our results raise doubts about the use of IPI values as a good source of randomness for cryptographic purposes. This has repercussions both in the security of some of the protocols proposed up to now and also in the design of future IPI-based schemes. View Full-Text
Keywords: randomness; authentication; privacy; implantable medical devices; inter-pulse intervals; biometric randomness; authentication; privacy; implantable medical devices; inter-pulse intervals; biometric
►▼ Show Figures 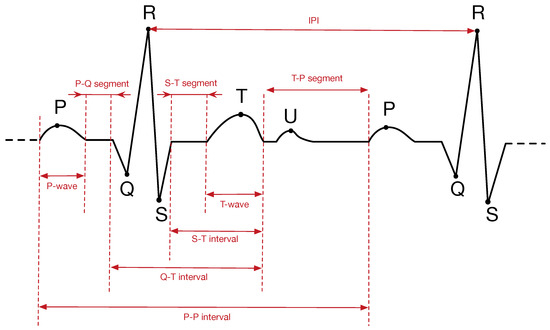