Entropy, or Information, Unifies Ecology and Evolution and Beyond
Previous Article in Special Issue

Aiming to implement image segmentation precisely and efficiently, we exploit new ways to encode images and achieve the optimal thresholding on quantum state space. Firstly, the state vector and density matrix are adopted for the representation of pixel intensities and their probability distribution, respectively. Then, the method based on global quantum entropy maximization (GQEM) is proposed, which has an equivalent object function to Otsu’s, but gives a more explicit physical interpretation of image thresholding in the language of quantum mechanics. To reduce the time consumption for searching for optimal thresholds, the method of quantum lossy-encoding-based entropy maximization (QLEEM) is presented, in which the eigenvalues of density matrices can give direct clues for thresholding, and then, the process of optimal searching can be avoided. Meanwhile, the QLEEM algorithm achieves two additional effects: (1) the upper bound of the thresholding level can be implicitly determined according to the eigenvalues; and (2) the proposed approaches ensure that the local information in images is retained as much as possible, and simultaneously, the inter-class separability is maximized in the segmented images. Both of them contribute to the structural characteristics of images, which the human visual system is highly adapted to extract. Experimental results show that the proposed methods are able to achieve a competitive quality of thresholding and the fastest computation speed compared with the state-of-the-art methods. View Full-Text
Keywords: image segmentation; thresholding; von Neumann entropy; density matrix image segmentation; thresholding; von Neumann entropy; density matrix
►▼ Show Figures 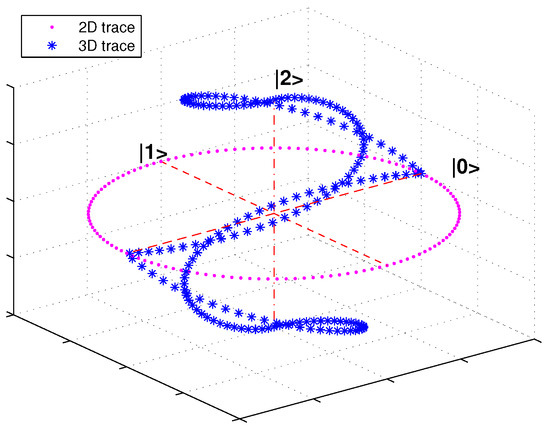