The traditional slope stability analysis used the Factor of Safety (FS) from the Limit Equilibrium Theory as the determinant. If the FS was greater than 1, it was considered as “safe” and variables or parameters of uncertainty in the analysis model were not considered. The objective of research was to analyze the stability of natural slope, in consideration of characteristics of rock layers and the variability of pre-stressing force. By sensitivity and uncertainty analysis, the result showed the sensitivity for pre-stressing force of rock anchor was significantly smaller than the cohesive (c) of rock layer and the varying influence of the friction angle (ϕ) in rock layers. In addition, the immersion by water at the natural slope would weaken the rock layers, in which the cohesion c was reduced to 6 kPa and the friction angle ϕ was decreased below 14°, and it started to show instability and failure in the balance as FS became smaller than 1. The failure rate to the slope could be as high as 50%. By stabilizing with a rock anchor, the failure rate could be reduced below 3%, greatly improving the stability and the reliability of the slope. View Full-Text
Keywords: slope; factor of safety; sensitivity; uncertainty; cohesive; friction angle slope; factor of safety; sensitivity; uncertainty; cohesive; friction angle
►▼ Show Figures 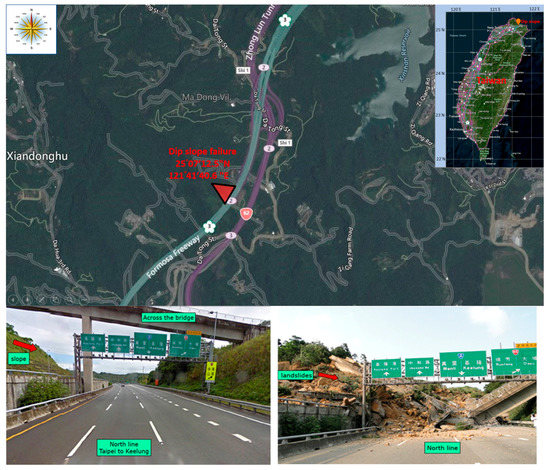