How Successful Are Wavelets in Detecting Jumps?
Next Article in Special Issue

Inquiry Calculus and the Issue of Negative Higher Order Informations

The characterization and quantification of ecological interactions and the construction of species’ distributions and their associated ecological niches are of fundamental theoretical and practical importance. In this paper, we discuss a Bayesian inference framework, which, using spatial data, offers a general formalism within which ecological interactions may be characterized and quantified. Interactions are identified through deviations of the spatial distribution of co-occurrences of spatial variables relative to a benchmark for the non-interacting system and based on a statistical ensemble of spatial cells. The formalism allows for the integration of both biotic and abiotic factors of arbitrary resolution. We concentrate on the conceptual and mathematical underpinnings of the formalism, showing how, using the naive Bayes approximation, it can be used to not only compare and contrast the relative contribution from each variable, but also to construct species’ distributions and ecological niches based on an arbitrary variable type. We also show how non-linear interactions between distinct niche variables can be identified and the degree of confounding between variables accounted for. View Full-Text
Keywords: ecology; naive Bayes; spatial data mining; inference; interaction; biotic interactions; distribution modeling ecology; naive Bayes; spatial data mining; inference; interaction; biotic interactions; distribution modeling
►▼ Show Figures 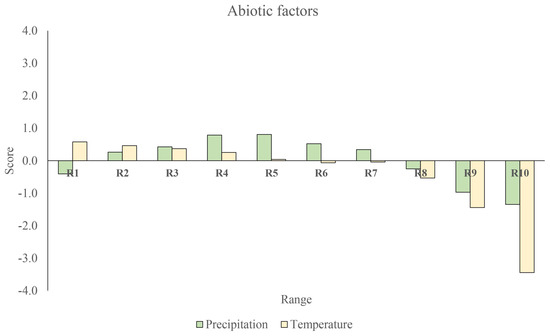