Biological Activity of Gold Compounds against Viruses and Parasitosis: A Systematic Review

In this contribution, we provide an overview of gold compound applications against viruses or parasites during recent years. The special properties of gold have been the subject of intense investigation in recent years, which has led to the development of its chemistry with the synthesis of new compounds and the study of its applicability in various areas such as catalysis, materials, nanotechnology and medicine. Herein, thirteen gold articles with applications in several viruses, such as hepatitis C virus (HCV), influenza A virus (H1N1), vesicular stomatitis virus (VSV), coronavirus (SARS-CoV and SARS-CoV-2), Dengue virus, and several parasites such as Plasmodium sp., Leishmania sp., Tripanossoma sp., Brugia sp., Schistosoma sp., Onchocerca sp., Acanthamoeba sp., and Trichomonas sp. are described. Gold compounds with anti-viral activity include gold nanoparticles with the ligands mercaptoundecanosulfonate, 1-octanethiol and aldoses and gold complexes with phosphine and carbene ligands. All of the gold compounds with anti-parasitic activity reported are gold complexes of the carbene type. Auranofin is a gold drug already used against rheumatoid arthritis, and it has also been tested against virus and parasites.
Keywords: gold nanoparticles; gold complexes; auranofin; biological targets; virus; parasites gold nanoparticles; gold complexes; auranofin; biological targets; virus; parasites

Through the ages in most major civilizations, gold has been the chemical element that has attracted the most attention and desire, due to its unique characteristics such as its bright yellow color, corrosion resistance and extraordinary physical properties. In the form of amulets and medallions, it was used to ward off disease and evil spirits. In many cases, potions containing gold powders were administered to ill patients. After the alchemists learned to use aqua regia to dissolve gold, compounds as well as elemental gold were used in medicinal treatments [1].
Nowadays, the properties of gold are interpreted with the application of the theory of relativity, hence providing an explanation for a series of properties for the gold complexes that differ from those of its congeners, such as a preference for linear coordination, a higher stability of higher oxidation states, the formation of gold compounds and the establishment of gold–gold interactions with a similar strength to hydrogen bonds [2,3]. All these facts promoted the research in gold chemistry in different areas from nanotechnology and material chemistry [4,5,6] to catalysis [7,8,9,10,11,12,13,14,15] and medicine [16,17,18,19].
Gold compounds are well-known for their biological and medicinal applications, for instance, in rheumatoid arthritis, antibacterial, antivirus, and anti-parasite activity, as well as in Alzheimer’s disease [18,20,21,22,23,24,25,26]. The mechanisms of action of gold compounds are mostly unknown; however, several proteins have been studied as possible targets, such as tyrosine phosphatases, aquaporins and P-ATPases, among others [17,26,27,28,29]. However, the putative pharmacological targets of gold compounds are not the objective of this review, and the reader should look elsewhere for this topic [17,18,22,27,29]. Herein, we aim to reviewed recent applications of gold compounds against virus and parasites. It was observed that, after a search carried out in the Web of Science with the keyword “gold compound”, 99,014 articles were published in the last 10 years (2012–2021), more than triple the total in the previous period (2002–2011). Another fact to bear in mind is the steady increase over time, especially in the field of medicine. Although there are many articles and studies that overlap between the field of medicine and nanotechnology, specific papers on gold compounds in these categories, plus catalysis, can be found (Figure 1).
Although the first widespread application of gold compounds was against pulmonary tuberculosis, for which they do not provide an effective therapy, it is in the treatment of rheumatoid arthritis that gold compounds have proved effective [30]. Auranofin, triethylphosphine (2,3,4,6-tetra-O-acetyl-β-1-D-thiopyranosato-S) gold(I) is the example of this, as it continues to be used in the clinic today and is the subject of research [31,32]. Other gold compounds are also under investigation in the treatment of diseases such as cancer, viruses such as human HIV and SARS-CoV-2 and parasitosis such as malaria and amoebiasis (Figure 2).
This paper will present a systematic review on the topic of “biological activity of gold compounds against virus and parasites”. The information obtained from the database is grouped and analyzed to examine the applications of gold molecules in diseases caused by those two types of organisms.

In this systematic review, the Web of Science was chosen as a database. The search terms were “gold compound” and the target “virus” or “parasite”. The literature search was carried out for the last two years (2020–2021).
The initial research was carried out by introducing the keywords in the database, Web of Science, and the range date was 1 January 2020 to 30 December 2021. From the set of articles obtained, review articles were excluded and then the titles and abstracts were read in order to check if the study reported in the articles was within the theme of this review article, then it could be included or excluded (Figure 3).
The analysis of the articles considered the type of compound studied and where the biological activity was determined.

3. Gold Compounds with Biological Activity against Virus and Parasites

From research works presented here, most of the compounds used are Au complexes, as opposed to nanoparticles of the same metal (see Table 1).
Gold nanoparticles have been used in many applications including drug delivery, cancer diagnostics and therapy, medical imaging and non-optical biosensor [56]. The nanoparticles used in the studies presented are similar to but also different from each other; most of them have sulfur as a binding element to gold and then have aliphatic hydrocarbon chains or cyclic monomers. Gold complexes have N-heterocylic ligands, carbenes or phosphines, which are the most common Au complexes. Auranofin, the gold drug already used against rheumatoid arthritis, was also tested against viruses and parasites.
The mechanism of action of these compounds is almost entirely unknown, since the number of compounds used for these studies is small, not allowing the establishment of a structure–activity relationship.
Finally, this review demonstrates the diversity of structures and application of gold compounds in viral and parasites diseases. Additionally, in order for the use of gold compounds in the treatment of viruses or parasitosis to be considered, further studies are needed, since different mechanisms of action might be involved. Putting it all together, taking into consideration its role in biomedical sciences, the future of gold compounds against virus and parasites could be bright.

This study received Portuguese national funds from FCT—Foundation for Science and Technology through the projects UIDB/04326/2020 and LA/P/0101/2020(M.A. and C.F.). 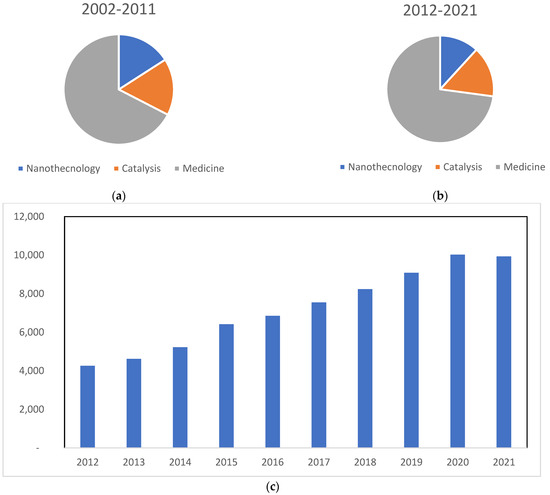 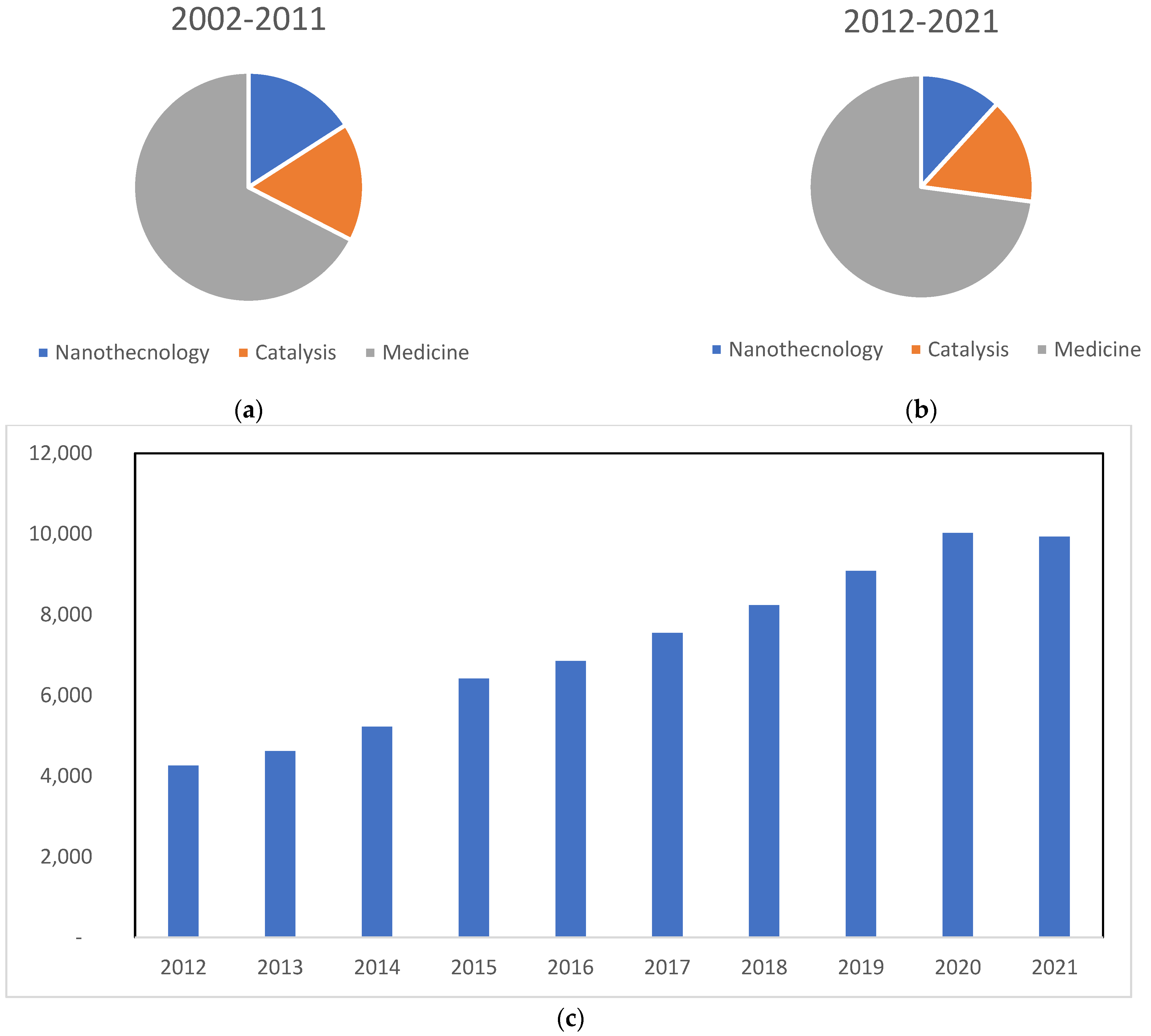 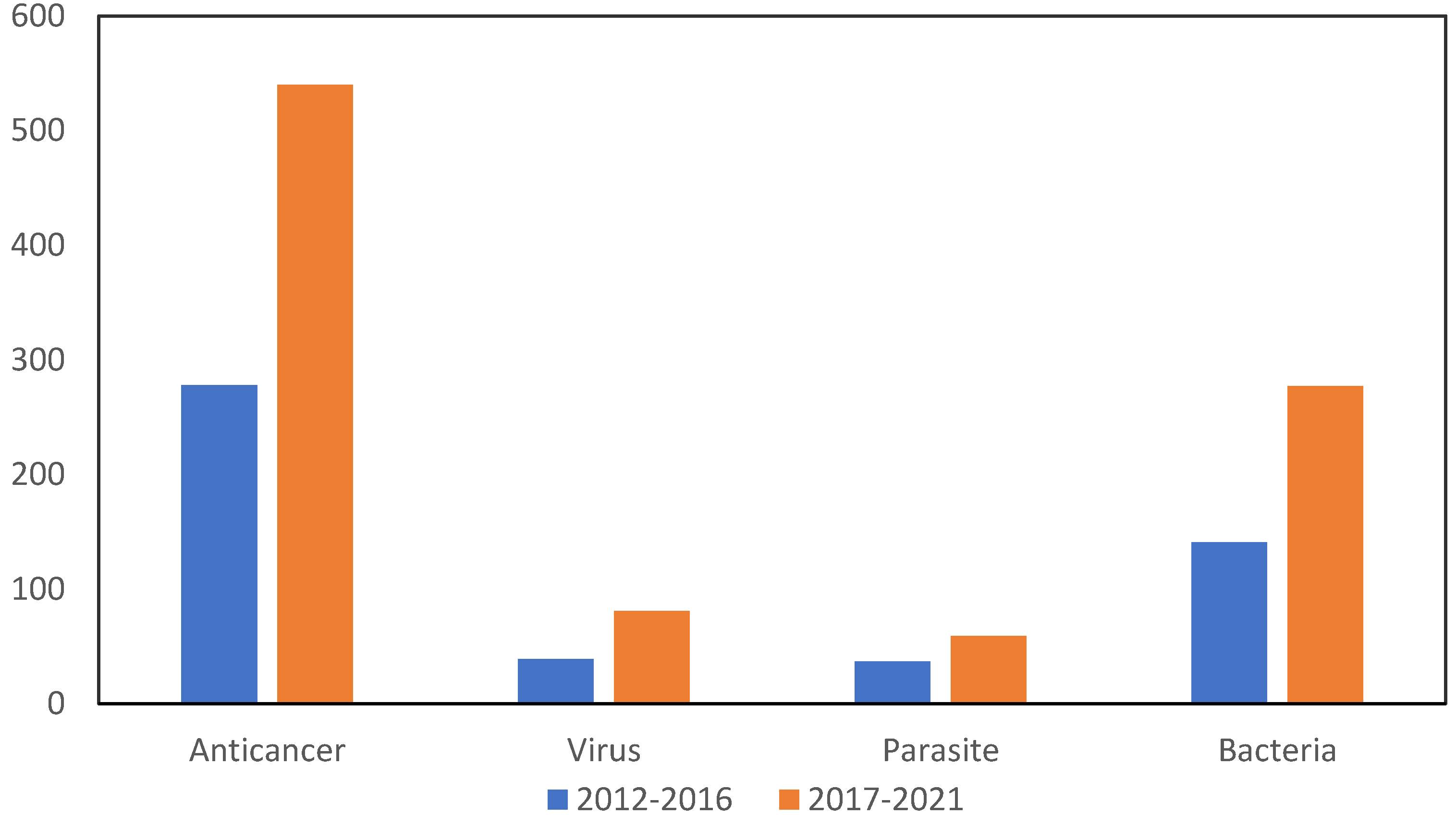 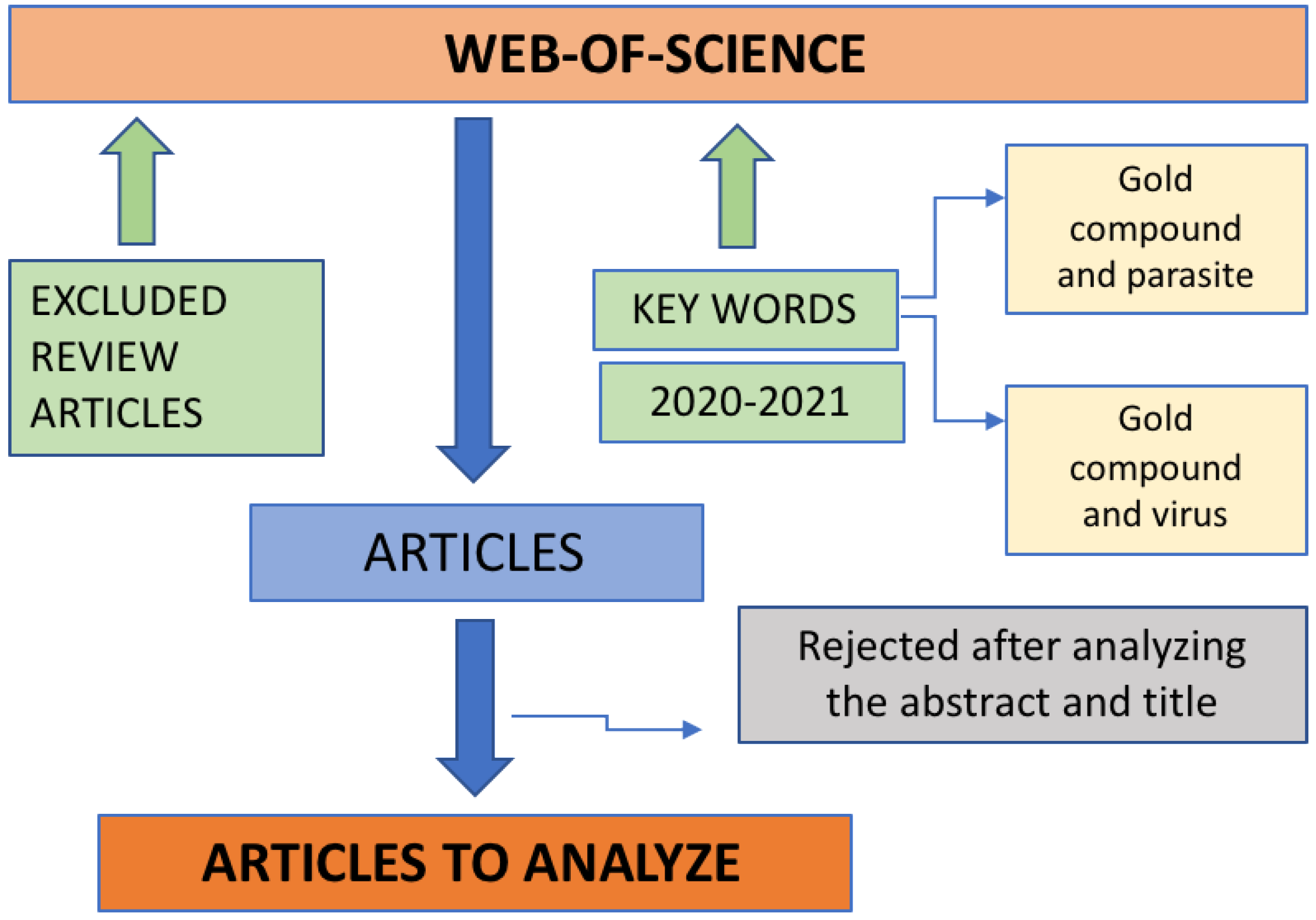