It had been predicted that by 2020, nearly 26 billion devices would be connected to the Internet, with a big percentage being vehicles. The Internet of Vehicles (IoVa) is a concept that refers to the connection and cooperation of smart vehicles and devices in a network through the generation, transmission, and processing of data that aims at improving traffic congestion, travel time, and comfort, all the while reducing pollution and accidents. However, this transmission of sensitive data (e.g., location) needs to occur with defined security properties to safeguard vehicles and their drivers since attackers could use this data. Blockchain is a fairly recent technology that guarantees trust between nodes through cryptography mechanisms and consensus protocols in distributed, untrustful environments, like IoV networks. Much research has been done in implementing the former in the latter to impressive results, as Blockchain can cover and offer solutions to many IoV problems. However, these implementations have to deal with the challenge of IoV node’s resource constraints since they do not suffice for the computational and energy requirements of traditional Blockchain systems, which is one of the biggest limitations of Blockchain implementations in IoV. Finally, these two technologies can be used to build the foundations for smart cities, enabling new application models and better results for end-users. View Full-Text
Keywords: blockchain; internet of vehicles; UAV; distributed ledger; smart cities blockchain; internet of vehicles; UAV; distributed ledger; smart cities
►▼ Show Figures 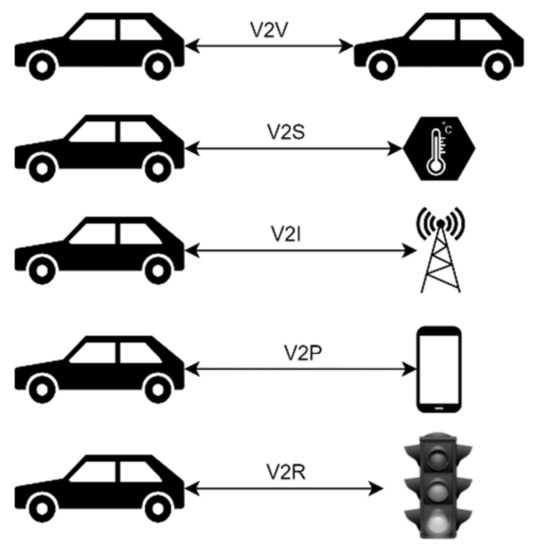