The optical reflectance spectra of alkali halide crystals KI and RbI were measured over the energy range of 4.14 to 6.91 eV. Both single crystal and poly-crystal samples were used to accomplish this task. The phase was computed using the Kramers-Kronig relation between the real and imaginary parts of the complex function, . Subsequently, the optical constants n and κ were determined from the Fresnel reflectivity equation. The real and imaginary parts of dielectric constants and were then calculated using n and κ. The optical absorption spectra of the crystal have also been measured in these spectral regions. The spectra agree reasonably well with the current theory concerning exciton peaks. In addition, a shoulder was found in the spectra similar to those previously seen and associated with the band-to-band transition in the alkali iodides. View Full-Text
Keywords: alkali halides; reflectance; absorption; optical constants; Kramers-Kronig alkali halides; reflectance; absorption; optical constants; Kramers-Kronig
►▼ Show Figures 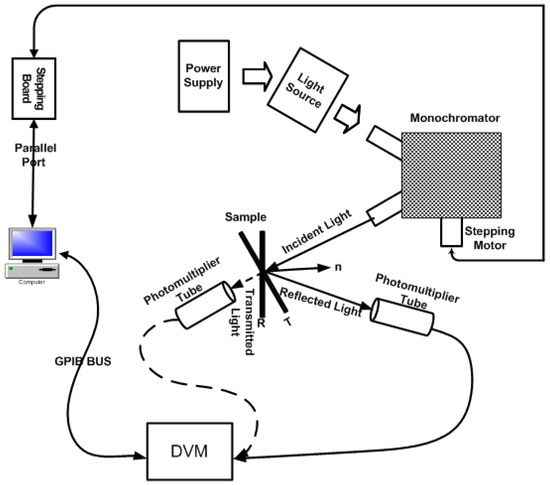