A Case of Recent Liver Injury Induced by Benzbromarone

A 34-year-old man had a history of lumbar disc herniation 10 years earlier. After surgical treatment, the patient sometimes had back pain without leg pain when the weather changed. For the 10 days before admission, the patient presented with sudden and increasing back pain radiating to the left leg. On admission, he presented to us with ankle paralysis (left ankle and foot movement: 0/5 points) and numbness for the L4, L5 and S1 spinal nerve root, with bladder and bowel dysfunction.
Non-contrast magnetic resonance image (MRI) revealed a 2.5-cm intradural extramedullary mass which was round, demonstrated a co-signal with the intervertebral disc, and had a uniform signal. Additionally, we saw that this mass had consecutive pins with the L3-L4 intervertebral disc. MRI showed abrupt disruption of the posterior longitudinal ligament. On cross-sectional MRI, this mass occupied most of the spinal canal (Figure 1). Beak signs on the film were unknown.
Our patient underwent surgery for the L3 location. The L3-L4 intervertebral disc was examined, and the dura was opened to check. We proceeded to remove the herniated mass, then irrigated and sutured the dura when there was a herniated disc fragment located in the dura, and the inflamed nerve roots stuck to the mass (Figure 2).

While intradural lumbar disc herniations are still very rare pathologies with a difficult diagnosis in clinical practice, physicians should consider this pathology in the patient who has undergone previous surgery and has a suspected tumor in the spinal canal and discontinuity of the posterior longitudinal ligament in MRI. One should pay attention to those with cauda equina syndrome, as it can promptly suggest a preoperative diagnosis of intradural lumbar disc herniation. Additionally, surgeons need to avoid omitting intraoperative lesions by palpating the dura mater during surgery for suspected tumor cases.

Our institution does not require ethical approval for reporting individual cases or case series.

Our institution does not require ethical approval for reporting individual cases or case series. The patient and her family were informed about our intention to involve her in a case study, and they agreed to partake in the study. They signed the consent form before the operation was carried out according to all surgical protocols. 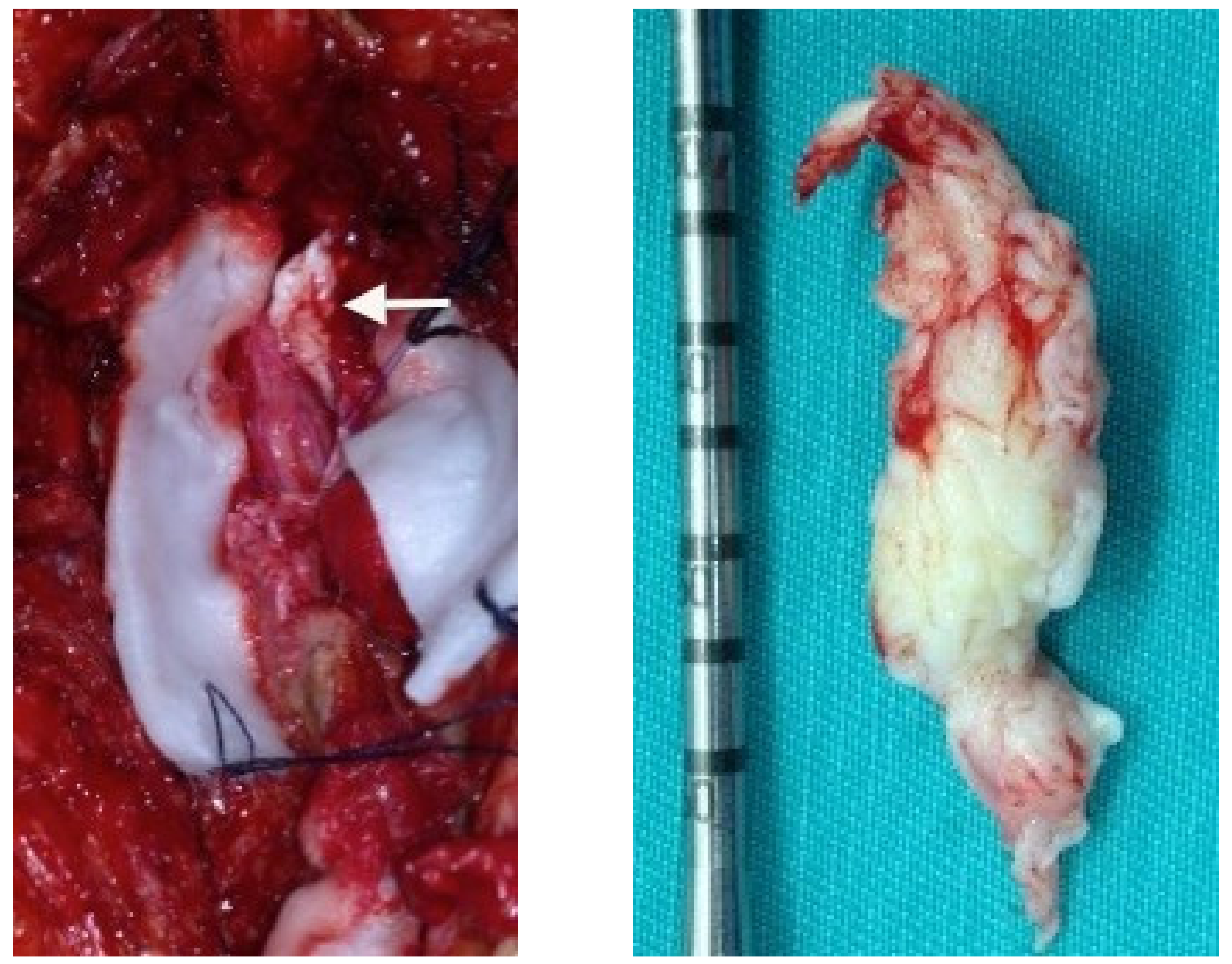