The Preliminary Analysis of Cave Lion Cubs Panthera spelaea (Goldfuss, 1810) from the Permafrost of Siberia

A preliminary description is presented of the well-preserved frozen mummies of two cubs of the extinct cave lion Panthera spelaea (finds of 2017–2018, Semyuelyakh River, Yakutia, eastern Siberia, Russia). The fossil lion cubs were found in close proximity, but they do not belong to the same litter, since their radiocarbon ages differ: the female (named ‘Sparta’) was dated to 27,962 ± 109 uncal years BP, and the male (named ‘Boris’) was dated to 43,448 ± 389 uncal years BP. The lion cubs have similar individual ages, 1–2 months. The general tone of the colour of the fur coat of Sparta is greyish to light brown, whereas, in Boris, the fur is generally lighter, greyish yellowish. It is, therefore, possible that light colouration prevailed with age in cave lions and was adaptive for northern snow-covered landscapes. The article discusses the results of computed tomography of cubs of the cave lion, the possible reasons for their death, and the peculiarities of their existence in the Siberian Arctic. View Full-Text
Keywords: cave lion; Panthera spelaea; cubs; morphological description; radiocarbon dating; Siberia cave lion; Panthera spelaea; cubs; morphological description; radiocarbon dating; Siberia
►▼ Show Figures 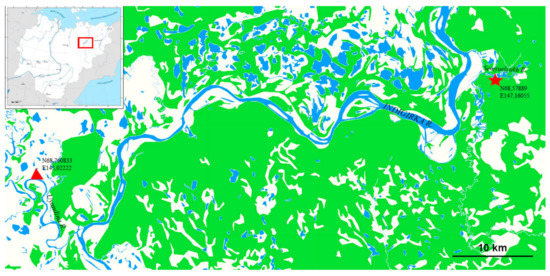