Whose Elimination? Frontline Workers’ Perspectives on the Elimination of the Human African Trypanosomiasis and Its Anticipated Consequences
Previous Article in Journal

The Flipside of Eradicating a Disease; Human African Trypanosomiasis in a Woman in Rural Democratic Republic of Congo: A Case Report

Melarsoprol administration for the treatment of late-stage human African trypanosomiasis (HAT) is associated with the development of an unpredictable and badly characterized encephalopathic syndrome (ES), probably of immune origin, that kills approximately 50% of those affected. We investigated the characteristics and clinical risk factors for ES, as well as the association between the Human Leukocyte Antigen (HLA) complex and the risk for ES in a case-control study. Late-stage Gambiense HAT patients treated with melarsoprol and developing ES (69 cases) were compared to patients not suffering from the syndrome (207 controls). Patients were enrolled in six HAT treatment centres in Angola and in the Democratic Republic of Congo. Standardized clinical data was obtained from all participants before melarsoprol was initiated. Class I (HLA-A, HLA-B, HLA-Cw) and II (HLA-DR) alleles were determined by PCR-SSOP methods in 62 ES cases and 189 controls. The principal ES pattern consisted in convulsions followed by a coma, whereas ES with exclusively mental changes was not observed. Oedema, bone pain, apathy, and a depressed humour were associated with a higher risk of ES, while abdominal pain, coma, respiratory distress, and a Babinski sign were associated with higher ES-associated mortality. Haplotype C*14/B*15 was associated with an elevated risk for ES (OR: 6.64; p-value: 0.008). Haplotypes A*23/C*14, A*23/B*15 and DR*07/B*58 also showed a weaker association with ES. This result supports the hypothesis that a genetically determined peculiar type of immune response confers susceptibility for ES. View Full-Text
Keywords: human African trypanosomiasis; treatment; melarsoprol; adverse event; encephalopathy; human leukocyte antigen; association study human African trypanosomiasis; treatment; melarsoprol; adverse event; encephalopathy; human leukocyte antigen; association study
►▼ Show Figures 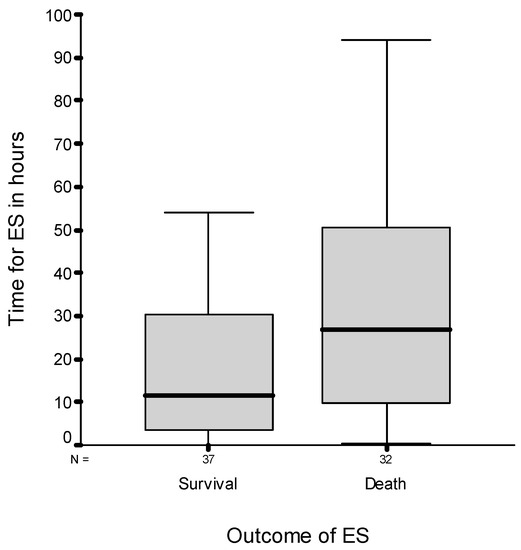