A Newborn with Arterial Tortuosity Syndrome: The Importance of Timely Diagnostic Work-Up in Patients Presenting with Cutis Laxa

For the development of speed strength in professional sports, “specific” strength training in the half or the quarter squat have been recommended. Due to the better lever ratios, higher loads have to be used to induce the necessary training stimuli compared to the deep squat. Therefore, intradiscal pressure and compressive forces on vertebral bodies increase. Calculated compressive forces for the L3/L4 vertebral segment were revealed to be 6–10-fold bodyweight when the half or the quarter squat was performed with 0.8–1.6-fold bodyweight. After 10 weeks of training, physical education students have even been able to lift 3.89-fold bodyweight in the one repetition maximum (1-RM) of the quarter squat. The presented dependence of squatting depth, load and their influence on the spinal column have not been discussed before. A search for relevant scientific literature was conducted using PubMed. Concerns about increased risk of injuries in the deep squat have been disproven by plenty of cross-sectional studies with professional athletes. On the contrary, the comparably supramaximal weight loads in the half and the quarter squat should be regarded as increasing injury risks caused by the higher shear and compressive forces in the vertebral column. Therefore, we come to the conclusion that the half and the quarter squat should not further be recommended. View Full-Text
Keywords: squat exercise; intradiscal pressure; intervertebral disc; vertebral column stress squat exercise; intradiscal pressure; intervertebral disc; vertebral column stress
►▼ Show Figures 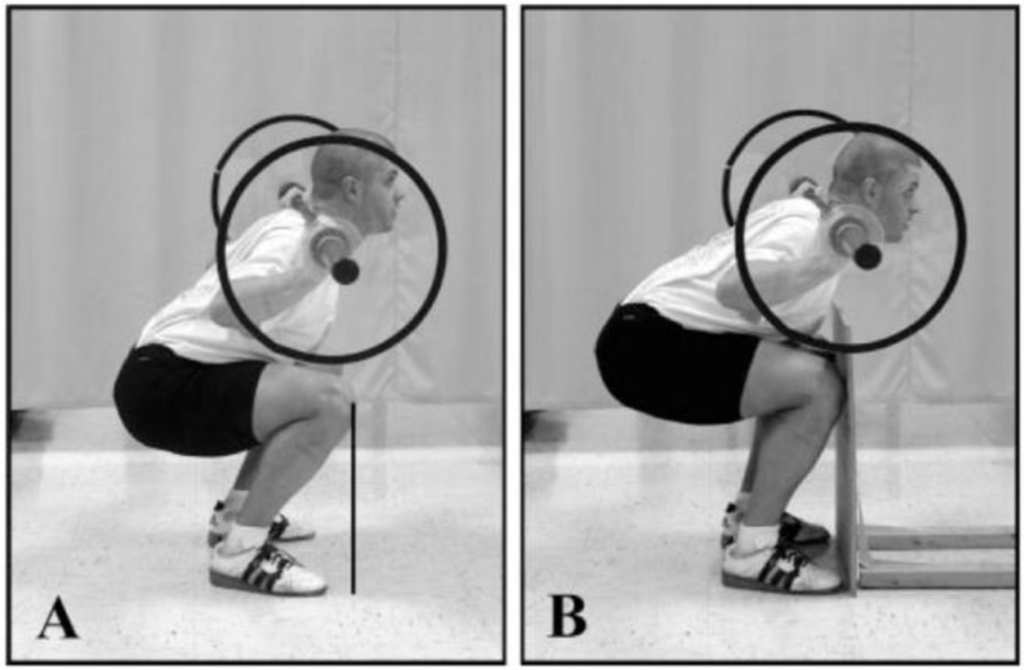