Smart Integration of a DC Microgrid: Enhancing the Power Quality Management of the Neighborhood Low-Voltage Distribution Network
Next Article in Special Issue

A Thermodynamic Model for Lithium-Ion Battery Degradation: Application of the Degradation-Entropy Generation Theorem

The Noisy and Marvelous Molecular World of Biology

At the molecular level biology is intrinsically noisy. The forces that regulate the myriad of molecular reactions in the cell are tiny, on the order of piconewtons (10−12 Newtons), yet they proceed in concerted action making life possible. Understanding how this is possible is one of the most fundamental questions biophysicists would like to understand. Single molecule experiments offer an opportunity to delve into the fundamental laws that make biological complexity surface in a physical world governed by the second law of thermodynamics. Techniques such as force spectroscopy, fluorescence, microfluidics, molecular sequencing, and computational studies project a view of the biomolecular world ruled by the conspiracy between the disorganizing forces due to thermal motion and the cosmic evolutionary drive. Here we will digress on some of the evidences in support of this view and the role of physical information in biology. View Full-Text
Keywords: Biophysics; statistical physics; nonequilibrium physics; information theory Biophysics; statistical physics; nonequilibrium physics; information theory
►▼ Show Figures 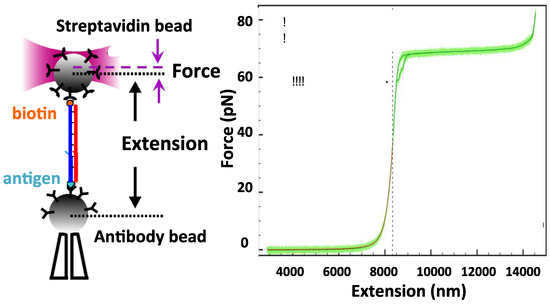